The Blue Flag Beach awards for 2010 were announced in May and the total number of beach awards increased by one hundred and forty-one.  Sadly the United Kingdom did not make a contribution to this improvement as the total number of blue flag beaches in England, Scotland, Wales and Northern Ireland reduced by thirteen (nearly 10% of the total) to one hundred and thirty-one.  Spain increased by twenty-nine and still tops the list by a long way (one hundred and one) from Greece who only increased by two this year. Included in the twenty-nine was a deserved reinstatement of the blue flag for Benidorm’s Poniente Beach, which was temporarily lost last year during improvement works.

The biggest improvement was France with fifty-eight new beaches.  I think they must have made a special effort this year as this was the twenty-fifth anniversary of the award scheme that was started in France in 1985under the name “Pavillon Bleu”.  To commemorate this special occasion a celebration was held in Mers-les-Bains in northern France on the 28th May and twenty-five blue flags were raised by the beach and the biggest Blue Flag ever welcomed the numerous guests.  I was interested in that because next month I have a holiday in France and Mers-les-Bains is on my list of places to visit.  This improvement was enough to move France from fourth to third place in the overall list of countries, in doing so overtaking Turkey, who did well themselves with an improvement increase of thirty-five beaches.

In the United Kingdom I was pleased to see Lincolnshire do well with three beaches at Skegness, Mablethorpe and Sutton-on-Sea but overall the performance has to be seen as disappointing when eighteen out of thirty-nine countries improved this year and only five slipped back.  This has helped me make up my mind to keep travelling to the clean beaches of Europe for the foreseeable future. 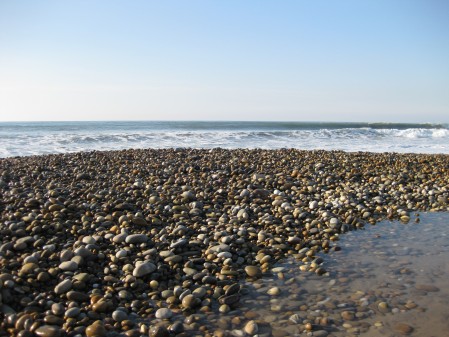