Wales 2011, The Devil’s Bridge and Waterfalls 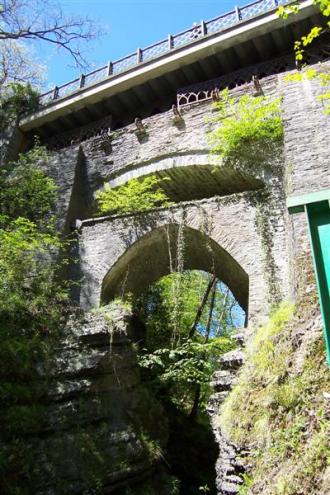 The Devil’s Bridge is at a dramatic point in the landscape where the River Mynach tumbles ninety boiling metres in five steps down a steep and narrow ravine before it meets the River Rheidol and is unusual in that there are three separate bridges each one built over the previous one.  The most recent is an iron bridge (1901), which was built over a stone bridge (1753), which was built when the original bridge was declared to be unstable.

4 responses to “Wales 2011, The Devil’s Bridge and Waterfalls”