Greece and Turkey – The Boat Souvenir 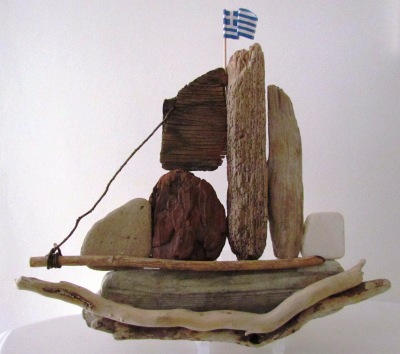 I had some difficulty getting through the body scanner at passport control in Bodrum without setting it off so this left Kim by herself to deal with the request to open my bag that had gone through the scanner and caused some excitement.  I think she suddenly remembered the film ‘Midnight Express’ when a stay in a Turkish prison was decidedly unpleasant and mindful of this she blurted out ‘It isn’t mine!’ and raising a finger and clearly identifying me as the owner said ‘It’s his, it’s his!’

The security guard was rather perplexed by my bag of driftwood and a few rusty nails but seemed to accept my explanation about the souvenir boat building project and he let us both pass.

12 responses to “Greece and Turkey – The Boat Souvenir”