Around the World in Eighty Minutes – Part Eight

So, that’s it, I started off with a simple recollection post about EPCOT World Showcase at Disney World, Florida and then I took off around the World to compare Disney with the real places that I have visited.

I have taken a look at the United Kingdom, Germany, Italy, France, Norway and Morocco but I can’t post about Canada, Mexico, China or Japan because I haven’t been to those countries yet.

In the course of writing, dragging up memories and doing some research I started to think more deeply about World Showcase and became intrigued by the rationale behind the concept, design and construction and in particular the reasons why these eleven countries in particular were chosen for inclusion in the park.

This is partly explained by the fact that the Walt Disney Corporation, strapped for cash, tried to find sponsors for the showcased countries and failed in all but one attempt – Morocco.  This in turn explains why some of the Pavilions are so disappointing, the absence of rides and attractions and the over reliance on shops and restaurants all designed to get visitors to part with their money.

But the failure to attract government sponsorship or private sector investment still leaves us with almost a dozen countries and no explanation why these eleven so I have been giving the matter some thought and whilst at first the inclusion appears to be rather random I think there is a credible reason for almost all of them.

The United States is of course obvious and requires no explanation for its inclusion or for the fact that it occupies the prime position on the World Showcase Lagoon and is the biggest and the most lavish and expensive of all the Pavilions.

Canada and Mexico are easily explained.  It would be rude I suppose not to have your nearest neighbours ( it would be like EPCOT World Showcase in England without Wales and Scotland) but there are some important statistics that reveal that it is not just about being neighbourly.  In terms of tourism by international visitors these two countries make up over half of all travellers visiting the United States and according to official data in 2013* Canada with over twenty-three and a half million visitors provided 34% of all international visitors and Mexico with fourteen and a half million contributed 21%.  Way behind in third place was United Kingdom with 5.5%.

The inclusion of Mexico is even more easily explained by looking at population statistics that reveal that the second highest number of foreign born residents in the United States (by a very long way) is Mexican.

It is easy to see therefore that the inclusion of these two countries makes obvious commercial sense.  Strange however, and this is just a personal view, that the two Pavilions provide the contrast between the best (Mexico) and one of the worst (Canada). 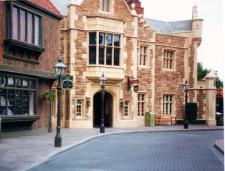 And so we move on to Europe with five of the eleven Pavilions coming from the second smallest continent –  but why these five, why not Spain or Greece, Poland or Sweden and once again I am rather easily convinced that it is based on US ethnic ancestry and visitor numbers.

In terms of ancestry the top ten European nationalities (in this order) are Germany, Ireland, England, Italy, Poland, France, the Netherlands, Norway, Scotland and Sweden.  Germany (at 17%) genuinely surprised me and explained immediately why it is at World Showcase but (at almost 11%) why no Ireland? Why Norway and not Sweden? I suppose Poland, at the time of construction, was part of the Warsaw Pact alliance and that might have ruled it out but why not Holland because surely all of those windmills and canals would have made a great attraction.

Visitor numbers also explain why these countries are here because four of the five (but not Norway) are in the top ten of international visitors to the United States. 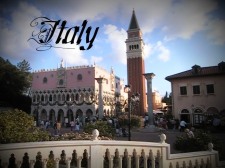 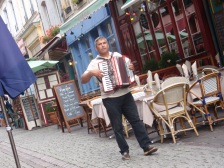 Japan and China must be explained by visitor numbers.  After Canada, Mexico and the United Kingdom Japan contributes the fourth most visitors to the United States and China is also firmly in the top ten. Conversely, in the top ten but not represented at EPCOT are Brazil, South Korea and Australia.

Of all the countries at the EPCOT World Showcase I suppose the easiest to explain is Morocco and this is in part due to the fact that the Pavilion was the only one in which the country’s government aided in the construction and they did this so that they could retain some measure of Islamist control over the design of the mosaics and to ensure that everything was as authentic as possible in the representation of the Muslim faith.

I cynically conclude that any country could potentially be included if the government of that country was prepared to stump up the cash. 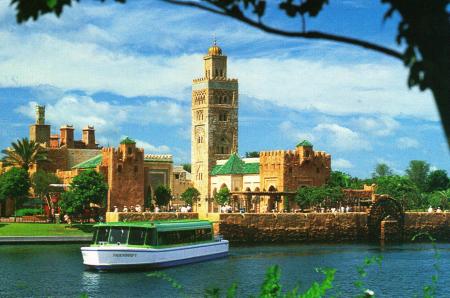 So who is missing?  Well, there is nothing from South America but the United Kingdom itself provides more visitors to the USA than the whole of Latin America combined so perhaps there is a clue there?  And apart from state funded Morocco there is nothing from Africa which might be considered surprising when 13% of the US population are of African descent but (and here is the crucial commercial factor) visitor numbers from the African continent are the smallest of all at only three hundred and twenty-seven thousand in 2013.

There is a small African Trading Post and Disney excuses the omission by pointing out that there is an entire African themed park at the nearby Animal Kingdom.

Finally, I have been giving some consideration to an alternative World Showcase and here are my suggestions: 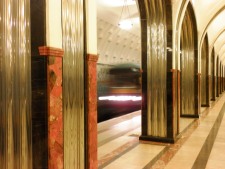 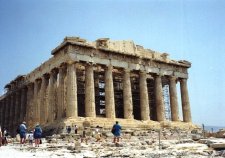 First, Australia with an IMAX film narrated by Mel Gibson and Kylie Minogue and a ride based on the theme of the World’s deadliest snakes.  Then Russia  because now the Cold War is ended there must surely be space for Red Square and the Kremlin and a Moscow Metro ride.  Next, Brazil, with a ride based on the Rio Carnival and then Peru because Machu Picchu would be a good replacement for the Mexico Aztec pyramid. After that, Egypt with a Nile Cruise ride;  India and a train journey ride to visit the Taj Mahal and the Golden Temple of Amritsar;  Equatorial Africa, which was once suggested but abandoned.  And from Europe:  Greece with a visit to Mount Olympus to meet the mythical gods in an animatronic show; Spain and the legend of El Cid and the Conquistadors and the Netherlands with a cruise of the Amsterdam canals (leaving out the red light district as not being entirely appropriate for children).

And finally, wouldn’t it be fun to include the World’s smallest sovereign state – The Vatican – with a roller coaster ride around St Peter’s Basilica! 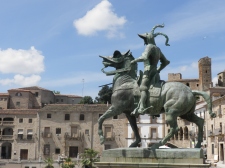 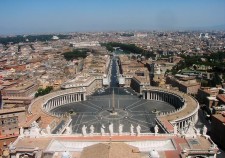 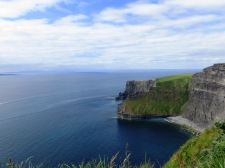 Whoops, Sorry, I nearly forgot Ireland, lets have twelve countries (it’s my list and my rules) and let’s  have a visit to the Cliffs of Moher (sponsored by Guinness).

Please let me know your suggestions, I would be interested in your views…

* US National Travel and Tourism Office.

3 responses to “Around the World in Eighty Minutes – Part Eight”