Iceland, Leif Ericson the Axe Factor and the Vikings 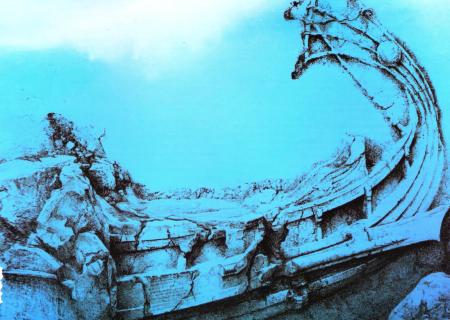 After the short break for tea, coffee, cake and to satisfy Margaret’s WiFi addiction we returned to the streets and walked up a long street which made its way to a high point in the city and the Hallgrímskirkja or the City’s Lutheran Cathedral which at seventy-three metres high dominates the skyline.

Outside the church is a statue of Leifur Eiriksson who was an Icelander born about 970 and who explored the oceans and the lands west of Iceland, establishing colonies in Greenland and Newfoundland and who according to legend reached America long before Christopher Columbus or Amerigo Vespucchi.

The statue was a gift from the American Government in 1930 to mark Iceland’s 1,000th anniversary and in the United States October 9th is commemorated as Leif Ericson Day.  The date is not associated with any particular event in Leif Erikson’s life, it was chosen because the ship Restauration sailing from Stavanger in Norway, arrived in New York Harbour on October 9th 1825 at the start of the first organized immigration from Norway to the United States.

We found the monument and it struck me as rather strange for an Anglo-Saxon to be visiting a monument that commemorates the Vikings and a possible starting off point for long ships full of heathen bullies on their way to the British Isles to rape and pillage a part of England where I now live. 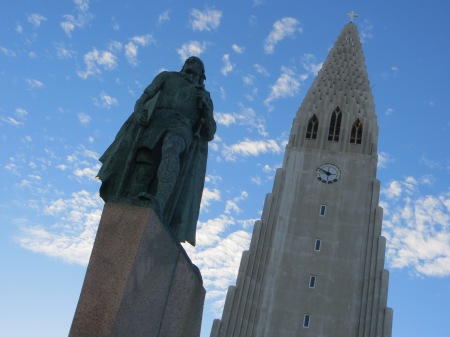 The Vikings were Norse explorers, warriors, merchants, and pirates who raided, traded, explored and settled in wide areas of Europe and the North Atlantic from the late eighth to the mid eleventh century.  These Norsemen used their famous long ships to travel as far east as Russia, as far west as Newfoundland and as far south as modern Spain in a period known (not very imaginatively) as the Viking Age.

Whilst we tend to retain the school boy image of them it actually becomes increasingly evident that Viking society was quite complex and popular conceptions of them are often in conflict with the truth that emerges from archaeology and modern research.  A romanticized picture of Vikings as noble savages began to take root in the eighteenth century and this developed and became widely embellished for over a hundred years.

The traditional view of the Vikings as violent brutes and intrepid adventurers is part true, part fable and part exaggeration and although if these guys paid a visit it is probably true to say that you probably wouldn’t want to put a welcome mat by the front door or get the best china out, no one can be absolutely sure of the accurate ratio of good and bad and popular representations of these men in horned helmets remain for now highly clichéd.

It is now widely believed that Norsemen from Greenland and Iceland were the first Europeans to reach North America in what is today Newfoundland in Canada when Leif Ericson reached the Continent via Norse settlements in Greenland around the year 1000.  Nearly a thousand years later many Norwegian immigrants went to the United States primarily in the second half of the nineteenth and the first few decades of the twentieth century.

According to the most recent United States census there are more than four and a half million Norwegian Americans and most live in the Upper Midwest and currently comprise the tenth largest American ancestry group.

In Minnesota almost one million people claim Norwegian ancestry – 16.5% of the population of the State.  No wonder then that in professional football the team from Minneapolis in 1960 was officially named the Minnesota Vikings; the name is partly meant to reflect Minnesota’s importance as a centre of Scandinavian American culture. 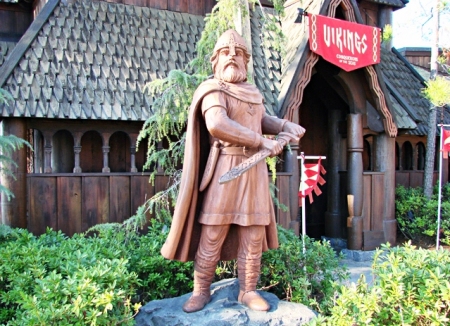 It probably also explains why Norway features at World Showcase at EPCOT in Disney World in Florida.

In actual fact however there is no real evidence that Ericson actually discovered America at all  and rather curiously his statue faces east as though gazing back to the Old World rather than the New!   Today he looked out over Viking skies full of Icelandic drama with mountainous clouds as big and as grey as a medieval cathedral that closed around the city like a soggy cloak.

We could have visited the cathedral but decided to leave that for another day and let the excitement mount and instead walked back to the alternative hotel to discover our fate.  Actually it was very good and when I checked the website it had a higher customer rating than the double booked Best Western and it was a few pounds more expensive (and we were promised the lower rate) so I decided to shut up and put up!

While Kim and Margaret rested Mike and I went out again onto the streets and walked towards the city airport where we watched domestic flights coming and going full of commuters and then we walked back to the city, up to the cathedral again and then dropped back through the grey streets flanked by brightly coloured houses and back to the hotel and by now I had overcome all of my annoyance with Luton Airport, easyJet, Sixt Car Hire and the Best Western Hotel! 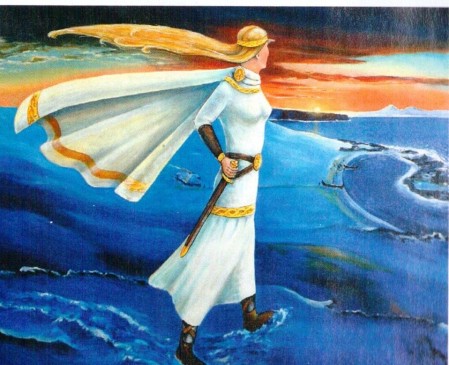 20 responses to “Iceland, Leif Ericson the Axe Factor and the Vikings”