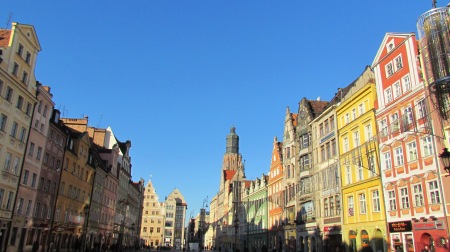 Even within a short time of arriving I was beginning to form an impression that Wroclaw is a friendly, honest city, proud but not boastful, ambitious but unpretentious and as we walked I thought about the statistics that I generally use to get the measure of a country or a place.

Poland is placed 39th in the Human Development Index which means that it is the top fifty of most highly developed countries.  The Index ranks countries by level of ‘human development’ and the statistic is composed from data on life expectancy, education and per-capita gross national income.  It is rated 19th out of thirty in the European Happiness Index which may not sound very impressive but is two places above the United Kingdom so when people complain about Polish immigration I say perhaps it is a good thing and more Polish people might cheer us all up!  Iceland, by-the-way remains way out in front.

Poland has fourteen UNESCO World Heritage Sites which puts in 19th place in the World and tenth overall in Europe which is no mean achievement.  One of the nineteen is the Centennial Hall in Wroclaw which was built to commemorate the defeat of Napoleon at the Battle of Leipzig and is included as an early landmark example of the use of reinforced concrete but we didn’t really have any plans to go visiting there as it is a little way out of the city. 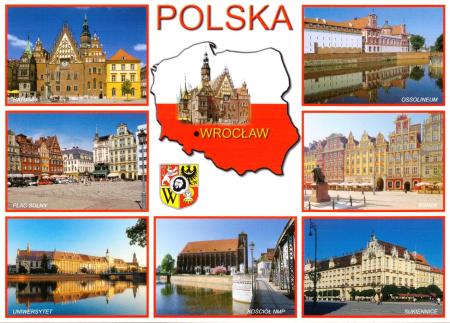 Perhaps not surprisingly the country was rather late joining the Blue Flag Beach initiative but is now catching up and has by 2013 achieved the status at twenty-eight beaches and Marinas on the Baltic Sea.

But some things are not going so well, in football, Poland has finished third twice at the Football World Cup but has been spectacularly unsuccessful in the European Nations cup where it has qualified twice but on neither occasion progressed beyond the group stages. It is an interesting coincidence that in England we still smart over the failure to qualify for the 1974 World Cup finals because we were unable to overcome Poland in a final group match and in particular the goalkeeper Jan Tomaszewski (who Brian Clough faously wrote of as ‘a clown’) who just happens to have been a citizen of Wroclaw and who began his playing career at the football club Śląsk Wrocław.

If you think that the football statistics are disappointing however, consider this, Poland has made the finals of the Eurovision Song Contest only nine times in sixteen attempts although it did manage to come second in 1994 despite almost being disqualified for rehearsing in English! 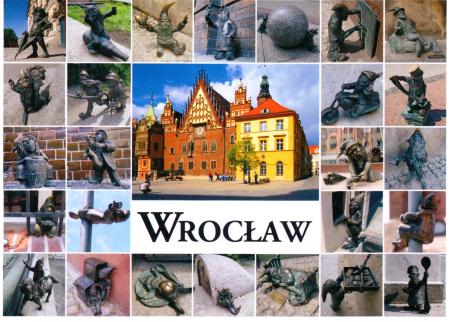 But it is the history of the country that fascinates me most because Poland has had a most dramatic and unfortunate last one thousand years and the reason for this is largely down to its geographical position on one of the dangerously volatile European political fault lines with powerful neighbours to both east and west using it a convenient buffer state and taking it in turns to use it as a punch bag.

For the entire period that there has been a place called Poland occupying a part of central Europe its borders have expanded and contracted like a medical ventilator as other more powerful states have invaded it, subjugated it and periodically annexed those parts that they found that they had a particular liking for.  The last great redrawing of the boundaries came in 1945 which gave us the geographical shape of Poland that we recognise today and I mention this here because this review of the borders had a significant impact on Wroclaw.

Prior to 1945 Wroclaw was called Breslau and was part of greater Germany and one of the important Imperial cities of old Prussia, by all accounts an elegant city of spires and canals.  The Germans were fond of Breslau and it survived most of the war pretty much intact but in 1945 as the Red Army advanced Hitler declared it a fortress city and ordered it to be defended to the last man.  The defending Germans loyally obeyed their orders but there was a high price to pay for this military obstinacy and in a few weeks the city was almost completely destroyed to the extent that what we see now is all due to post war reconstruction. 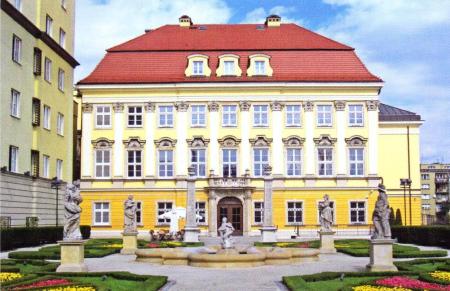 After the city finally fell Soviet revenge for holding up the Red Army advance was swift and brutal, with reprisals against the German population going largely unchecked. Fuelled by alcohol, drunken bands of Soviet soldiers rampaged across the city, dispensing instant justice to those who resisted their looting and rape. Trapped in Dante-style anarchy Breslau had reached its lowest point, the city lost in human catastrophe. It was into this hellish vision that Polish settlers from the East arrived, desperate to find a new home.

With Germany defeated the three main allied leaders set about agreeing borders for new Poland and had to accommodate the desire of the USSR to push their western border as far into central Europe as possible to re-establish a series of buffer states that would protect Russia from further western aggression and another invasion – Estonia, Latvia, Lithuania, Belarus and Ukraine all served this purpose.  So while Poland shrunk in the east it was compensated for this loss with lands in the west – principally the old Prussian/German states of Pomerania and Silesia and a new border was agreed on the Oder-Neisse line with what was to become temporarily East Germany.

Now the trouble really began because the Russians didn’t want the disaffected and troublesome Poles living in their annexed territories so they were forcibly expelled and sent west and replaced with Russian citizens in a process called Russification.  The Poles not unsurprisingly didn’t want the Germans living in new Poland so in turn forcibly expelled the Germans of old Breslau and sent them west as well  to make room for the Poles who had been displaced in the east.

The Poles arriving from the east didn’t much care for the Germanic appearance and infrastructure of the place (even though it had been largely demolished) and the end of the war signalled a belligerent campaign to de-Germanise the city.  Newspapers launched competitions to eliminate all traces of Wroclaw’s German heritage with monuments and street signs all falling victim to an iconoclastic whirlwind of destruction including an equine statue of Kaiser Wilhelm that once stood in the Market Square whilst other German structures that had survived the Russian siege were introduced to the Polish wrecking-ball.

By the end of 1945 as many as three hundred thousand Germans were still in the city and this was a problem for the Polish authorities. Forced transports began in July, and by January 1948 Wroclaw was officially declared to be free of German habitants.

After a short walk we passed directly into the square which like so many others in Europe has been expertly and sensitively restored and betrays an eclectic mix of the principles of original medieval town planning and a combination of Germanic and Polish architectural styles that perfectly complement one another.

Here was an elegant reconstruction based on a late eighteenth century Baroque and Classical style and so we set about walking around the square and its adjacent streets to try and get to know this city a little better in the short time that we had there. 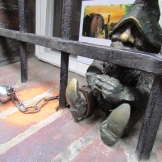 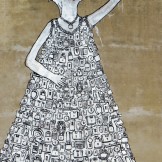 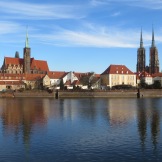