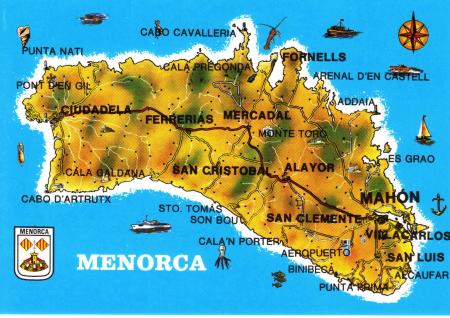 I am moving on now from the Canary Islands and back to the Mediterranean and specifically to the Balearic Islands off the eastern coast of the Spanish mainland.

These days the only one that I would really like to visit is Majorca and its capital Palma but although this is probably the most interesting of the island group I have never been there so will have to tell you about Menorca and Ibiza instead.

I first went to Menorca in 1987 and stayed in the whitewashed holiday village of Binibeca in the far south east close to the capital of Mahon.  It was a nice enough place with some coastal walks, a charming village centre with some nice bars and restaurants but not a really great deal of interest.  These were the days of holidays with small children so there were early starts, endless days around the swimming pool or on the beach, an early evening meal and then a night on the balcony drinking cold San Miguel waiting for the whole thing to be repeated again the next day.

The trivial little thing that I remember most was that there was a noisy family of Scots in a nearby apartment who insisted on sitting around listening to an oversized ‘boom box’ with music belting out all day.  I hated that, but not as much as my dad (we were there with my parents) and one early morning before the irritating neighbours were up he stealthily approached their apartment and turned around the sprinkler valves so that they pointed towards the balcony instead of the gardens.

And then we waited.  We waited until mid afternoon and then the water came on and his water joke worked perfectly as the boozed up Caledonians were hit with an unexpected eruption of water and I have no idea how we all managed to keep a straight face.  Unfortunately the water didn’t damage the ‘boom box’ and it was returned to full volume soon after!

We did visit Mahon which was interesting but the previous capital of Ciudadela on the opposite western side of the island was even better and we hired a car and circumnavigated the island and visited the several excellent beaches set out around the perimeter at regular intervals. 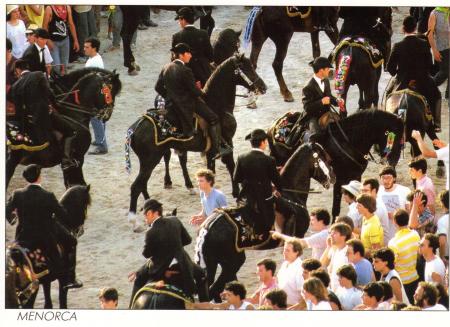 We returned to Menorca a couple of years later to the resort of Santo Thomas on the south coast and there was absolutely nothing memorable about this holiday except that one day I was walking around the pool and someone shouted out to me – “hello Andrew”, which isn’t especially surprising of course because that is my name, but what was a shock was that it was my next door neighbour! Neither of us was aware that we were even going on holiday and certainly not to the same place!

This is not the only time that this has happened to me because in 1989 we met some people from our street in Disney World Florida but the best chance encounter of all was on the Greek island of Folegandros in 2009.

One September evening we were in the Chora at an outside table at our favourite restaurant when I glanced across to the party sitting next to us and instantly recognised someone I knew from work.

This was a real shock because Folegandos is a tiny lump of rock in an inaccessible place in the western Cyclades and pretty much the last place that you would expect to bump into someone you know.

It was the Chief Executive of the Lincolnshire County Council and he was with a small group of people.  He knew me, we had attended meetings together but although I flashed him a smile of recognition he looked blankly back because although I recognised him he didn’t recognise me disguised as I was in my holiday clothes and with my annual attempt to grow a beard.

I couldn’t help but overhear his conversation which was almost entirely work related and he punctuated this with mobile telephone calls to the Leader of the Council.  I found this intriguing because who talks continuously about work when on holiday?  Even though Kim and I worked at the same place we had a strict rule that work talk was off the list of things to talk about. 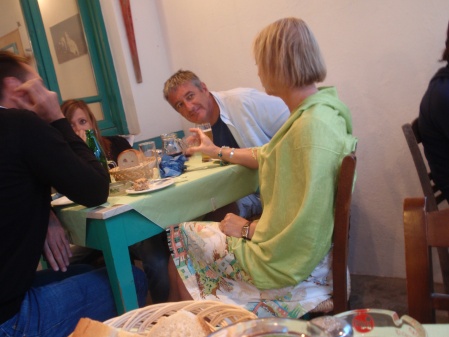 After an hour or we finished our meal, settled our bill and prepared to leave but I was not going to go without saying hello.  I wandered across to his table and said something like ‘Hello there, fancy seeing you here’. It took him only a couple of seconds for the penny to drop and I sensed his discomfort immediately. After the initial shock of being interrupted in a way that he couldn’t possibly imagine he regained his composure, said hello and introduced me to his press secretary!

There was no way that he was going to be able to explain what he was doing in Folegandros with his press secretary and although with the benefit of the consumption of several Mythos I was prepared to continue to chat Kim sensed that it was embarrassing for Tony and she led me away, back to the bus stop and to our hotel in the port.

Next time I am off to Ibiza. 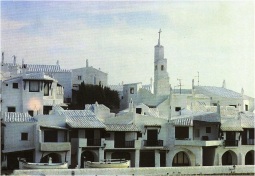 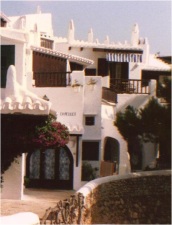 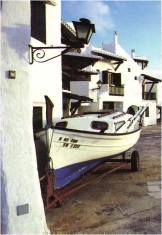 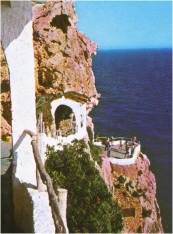