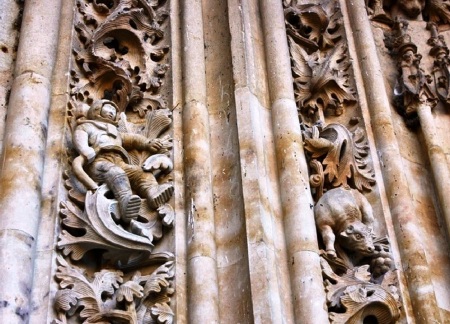 The mighty four hundred year old Gothic Cathedral at Salamanca in Castilia y Leon underwent extensive restoration work in 1992 which resulted in some extraordinary contemporary additions to the stonework.

It is a generally a tradition of cathedral builders and restorers to add details or new carvings to the façade  as a sort of signature, rather like an artist signs a painting.  In this case the Cathedral authorities gave their approval to add some more modern images to represent the twentieth century including an astronaut floating among some vines.

Despite there being clear documentation confirming the astronaut to be a recent addition, the spaceman has continued to fuel wild ideas of ancient space travel, middle age prophecies and medieval alien interventions none of which sadly are true.

Actually, to be honest, I used to be taken in by all of this nonsense, I remember reading a book called ‘Chariots of the Gods’ by a German author called Erich Von Daniken when I was about fifteen. I believed every word of his theory that God was an astronaut and that ancient civilizations were aliens from outer space.

I lent the book to someone and never got it back – probably just as well! 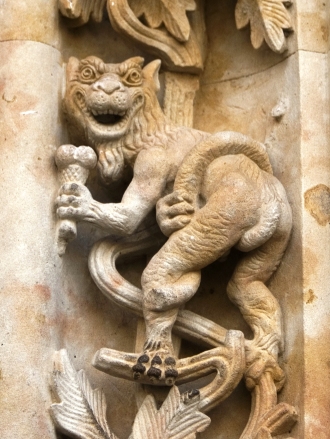