Three Trains – I Do Like To Be Beside The Seaside!

At the entrance to the pier we waited at the appointed place for the tourist train to arrive and take us the mile or so to the far end of the promenade.

Next to cruising, the second holiday form of holiday transport that I hate most of all are those annoying tourist trains which are now an irritating feature of almost everywhere you go.  I once vowed never to go on one but now I have to eat my words and make concessions to my grandchildren.

The road train arrived and made slow progress along the ‘shared space’ road/pavement at the back of the beach.  It was a typical English summer day at the seaside – overcast and a little cool with the sea about a mile away at low tide and only visible through a powerful pair of binoculars but there were some hardy people toughing it out and resolutely determined to spend a day on the beach.

Railway posters of the 1920’s show pictures of fit healthy young people playing beach games on golden sand next to an inviting azure sea where sailing dingies float gently by all under a blue sky and blazing sun without a body piercing or an unsightly tattoo in sight but it is rarely like that now, if indeed it ever was.

I don’t understand why people go to a place like Cleethorpes for a holiday.  The weather is unreliable, the sea is permanently cold and everything is expensive. Really expensive.  Half an hour in the amusement arcade can take a heavy toll on the wallet, the funfair isn’t cheap, there are the pointless rides to contend with and then the donkeys.  £2.50 for a five minute one hundred yard trudge up the beach hardly represents good value for money in my book.

It is surely so much  better to get a cheap flight to Spain, send the children to the kids’ club and sit in the sun and drink cheap San Miguel and probably spend less money.    I often feel an urge to walk across to point this out to people as they sit shivering behind a wind-break or sheltering under an umbrella being turned inside out by the wind but of course I never do. 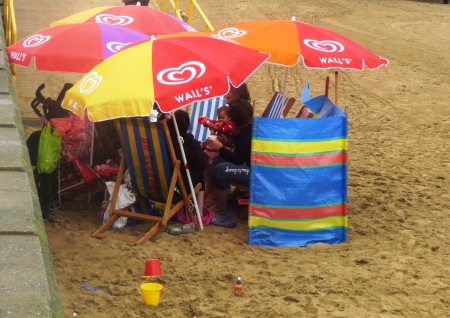 The final stop was at the narrow gauge railway terminus where I purchased tickets to board the train which was already waiting at the platform and we squeezed ourselves into tiny carriages being pulled by a wheezy engine belching smoke that was preparing to depart for its lazy two mile journey along the sea front.

Railways in Britain are a national obsession.  When the Victorians weren’t building piers they were building railways.  And by the time that they were nationalised in 1948 there were simply too many of them to be economical.  So in the 1960’s, based on a document called the ‘Beeching Report’, the Government set about a reform programme which resulted in thousands of miles of track being dismantled and hundreds of stations being closed.

Railway enthusiasts went into collective shock but quickly rallied and almost immediately started organising themselves into preservation societies and very soon they were relaying railway  lines almost as quickly as British Rail contractors were tearing them up.  Now, every weekend these devotees of track and steam gather together to stoke boilers, grease points and polish name plates and to run engines on restored lines or on narrow gauge railways all over the country.  It is almost like an act of shared defiance against the policies of the national government

Enthusiasts will go to great lengths to build and preserve railways. The Cleethorpes Coast Light Railway was constructed from track and stock salvaged from the potato fields of the county where they were once used to transport tubers from the fields to the packing sheds at harvest time.

I like narrow gauge railways and steam engines and the Cleethorpes Coast Light Railway is an agreeable little ride that sweeps past the boating lake, the paddling pool, the civic gardens and the dilapidated wooden huts which stand at the back of the beach as reminders of a bygone seaside age.  At the eastern terminus we stayed on board as the engine switched ends and then made the return journey back to the promenade where we stopped for ice cream and slush puppies.

My grandson loved the trains and when it was time to go back to the station I offered a return journey on the road train.  With the wisdom of a two year old and without any hesitation he corrected me and said – “That’s not a train granddad, it’s a bus”.  How smart is that!

Back at the pier I was now faced with dealing with my rash promise to think about a pointless ride.  I resisted.  The children staged a rebellion and climbed into a Postman Pat van and pushed the buttons and it magically sparked into life.  The ride over they pushed the buttons again and it worked a second time.  These pointless rides are usually 50p a go or three rides for £1 so someone had been daft enough to put £1 in the slot and only take one ride. A win/win situation I thought and congratulated myself, they got the ride and I didn’t waste any money. 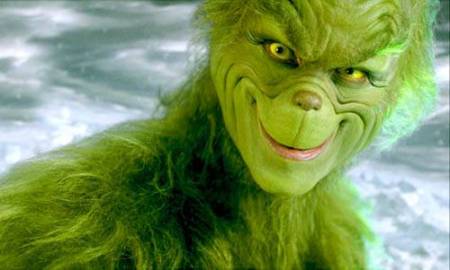 My eldest asked if they could go on another and I said no they had been on one and that was enough (that is mean I agree) she said that she understood that but pointed out –  “yes, but you didn’t have to pay for it granddad”.  How smart is that!

Admitting defeat I paid for a pointless ride and then we went back to the station and caught the Trans Pennine Express back to Grimsby to find a fish and chip shop for a tea-time treat.

They know a thing or two about chips in Grimsby let me tell you and there is a chip shop in every street – sometimes two and people there know best how to cook them and to eat them.  The reason there are so many is that Grimsby was once the biggest fishing port in the World, everyone had fish and housewives used to take their fillets to a chip shop to have it cooked for a penny.

20 responses to “Three Trains – I Do Like To Be Beside The Seaside!”