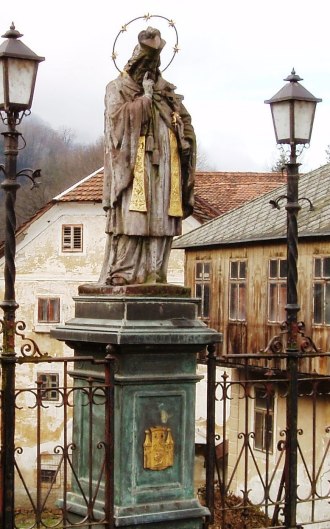 March 20th is the festival day of St John Nepomuk.  I saw him once when visiting the village of Škofja Loka in Slovenia.

On the way to the village we crossed a six hundred year old stone bridge across the Selška Sora and in the middle is a statue of St John Nepomuk who is supposed to be the bringer of good luck.  Well the sort of luck that old St John brings I can happily do without.  The man, who built the bridge, a certain bishop Leopold, fell off it shortly after completion and he drowned in the river below.  Where was St John on that particular day I wondered?

Actually I found this statue a bit surprising because poor old John Nepomuk didn’t seem to have a great deal of luck himself in his lifetime as he was a Jesuit priest who was tortured and killed by King Wenceslas in 1393 and his body was thrown into the river Vltava in Prague.

Because of his aquatic final resting place he is regarded as a protector from floods but he must have been off duty in August 2003 when the city endured its worst deluge for two hundred years and forty thousand people were evacuated and the cost of repairing the damage ran into billions.  Where was St John on that particular day I wondered? 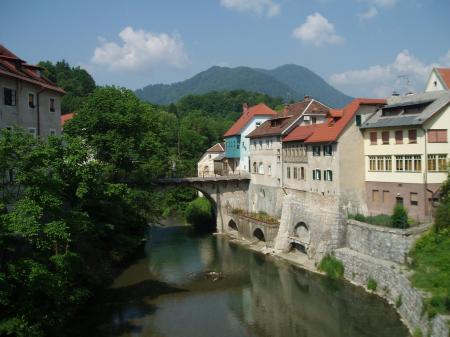