Travels in Spain, Then and Now – Fishing and Tourism 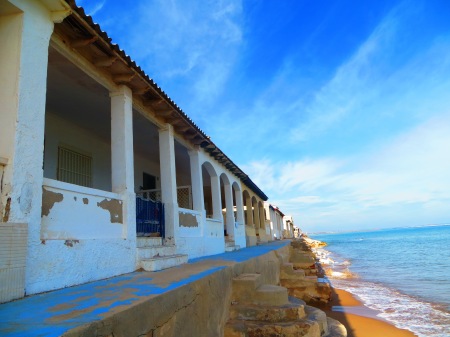 “By the end…it was clear that Spain’s spiritual and cultural isolation was at an end, overwhelmed by the great alien invasion from the North of money and freedoms.  Spain became the most visited tourist country in the World, and slowly, as the foreigners poured in, its identity was submerged, its life-style altered more in a single decade than in the previous century.”-  Norman Lewis, ‘Voices of the Old Sea’.

Visiting my sister on the Costa Blanca we visited the coastal community of Guardamar del Segura.  Carried away by the unexpected good weather I packed swimming trunks and challenged others to do the same.  There wasn’t a great deal of enthusiasm I have to say, Kim hid her swimsuit at the bottom of her case and claimed to have forgotten to bring it but my sister Lindsay promised to join me if I felt like taking to the water any time during the day.

As it happened the weather wasn’t nearly so good as the previous day so when we arrived and parked the car we left the costumes and towels in the back seat and went for a walk instead.

Guardamar del Segura turned out to be a fascinating place and once away from the modern concrete tourist beach front we found ourselves in an area of old fishermen’s houses, built almost a hundred years ago directly beside the caramel beach and now under daily attack from storms and water erosion as they crumble away into the Mediterranean. Some had already given up and surrendered to the inevitability of the assault of the sea.  A visual story of changing fortunes and times. 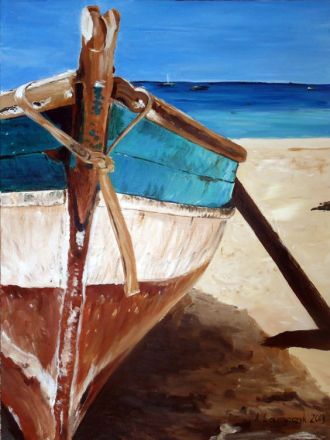 In preparation for visiting the Costa Blanca I read the book ‘Voices of the Old Sea’ by the travel writer Norman Lewis who (allegedly) spent three summers in the fishing village he called Farol and where he watched, recorded and lamented as modern tourism replaced traditional rural industries and he mourned the changes that take place.

The book is an account of catastrophic social change punctuated with recollections of conversations  and stories of strange customs – such as the local tradition of drowning of a mouse in the first barrel of newly pressed grapes, walking over red-hot coals and jumping over new-born babies.   Slowly over the three sections of the book he explains how he integrated himself into a community that had barely changed for hundreds of years, where people adhered to tradition, superstitions ruled, and the ageless rhythms of the year continued as they had for centuries.

He asks a local man to explain about life and he replies: “How can anyone put it? One thing is certain – here we have always been and here, whatever happens, we shall remain, listening to the voices of the old sea.” 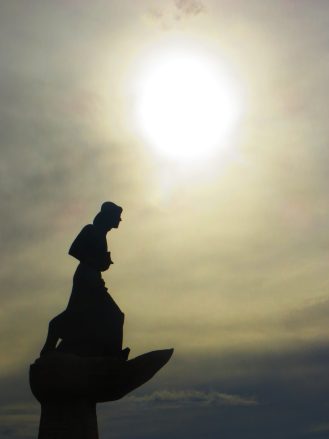 But Lewis was observing life on the verge of headlong and irreversible change, the cork forests that were the life blood of their neighbours were suffering blight, the fish were not as plentiful as they once were and worst of all, the first waves of tourism were beginning to lap at the golden shores of the Costa Blanca and a way of life was heading for extinction.

By the third season there was no turning back – the fishermen’s wives were working as chambermaids at the hotel, and even his friend Sebastian had to abandoned his ambitious travelling plans and succumbed to the inevitable and become a waiter. 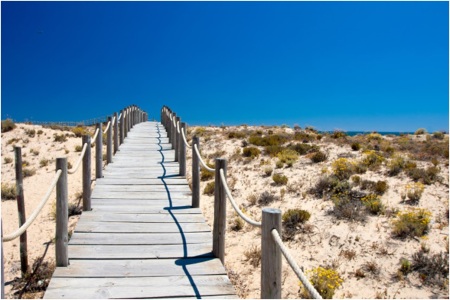 We walked along the seashore and then into a pine forest, planted some time ago to protect the coast from erosion and now a site of special scientific interest.  It has done its job well because the sand dunes are piled high at the back of the beach and have stopped the encroachment into the land.

This reminded me of seaside holidays when I was a boy and we used to go to a cottage at Seaview Crescent at Walcott on Sea in Norfolk.  It was a crescent sure enough and every year that we went there were a few cottages missing as they had fallen over the cliff into the sea during the winter storms.  Luckily ours, which was owned by a man called Mr Bean (he was an old man and dad used to call him Mr has-been – well, he thought it was funny) was furthest away from the cliff edge so each year before we left mum and dad could always book a week there the following year with some degree of confidence. 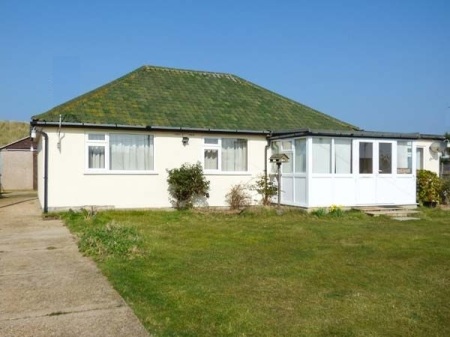 We walked right along the path though the pine woods and stopped for a while at the marina for a drink where the weather improved, the sun poked through the grey cloud and Lindsay began to panic about having to join me later for a swim in the sea.  As we left and started to walk back I think she was probably relieved to see the clouds coming back in and blotting out the sun and if I am honest so was I.

I liked Guardamar del Segura, it was good, it is a tourist/ex pat sort of place now but I could still get a sense of its history and fishing heritage.  It is a place that I would happily go back to. 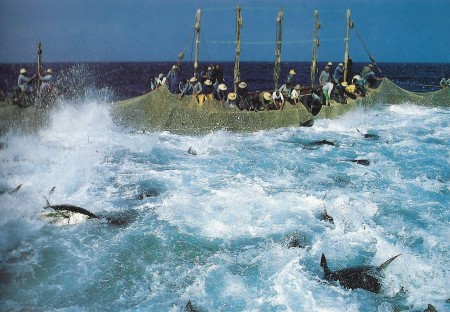 I used to think that it might be nice to sell up and go and live abroad but as I have got older I have abandoned the idea.   I am English not Spanish or French and my character, behaviour and whole way of life has been shaped from an English heritage that, even if I wanted to, I could not lay aside and become something that I am not.

But, now I have another idea.  It always annoys me when I see a poster advertising something that happened last week, before I arrived, or will take place next week, after I have gone home, so I think I could be happy to live for a while, say twelve months, in a foreign country so that I could enjoy everything that takes place over the course of a year in a Spanish town or city and I would be very happy to place Quesada on my short list of potential places. 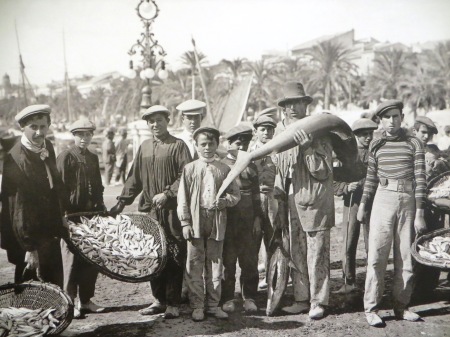 24 responses to “Travels in Spain, Then and Now – Fishing and Tourism”