In 1977 I had a two week holiday in Benidorm on the east coast of Spain. I’d like to tell you that I had a really good time, but I can’t because I didn’t enjoy it that much.

About two miles out in the bay between Levante and Poniente beaches was the little island of Isla Benidorm, a triangular shaped wedge of inhospitable rock, a mountain top I guess,  with a regular bright red ferry boat called the Bahia de Benidorm running across the short stretch for just a few pesetas each way.

Forty years ago I failed to fully understand the opportunities of travel and with limited imagination at my disposal there was so little to do that we made the trip twice and really once would have been quite enough.

It was advertised as ‘Peacock Island’ but I don’t recall seeing any on either visit and all we found there were a few scraggy chickens trying to get by in a very hostile landscape without any vegetation or water.  Fortunately there was a bar on the island with really good views back towards the mainland so at least there was somewhere to sit and have a drink while we waited for the ferry to return. 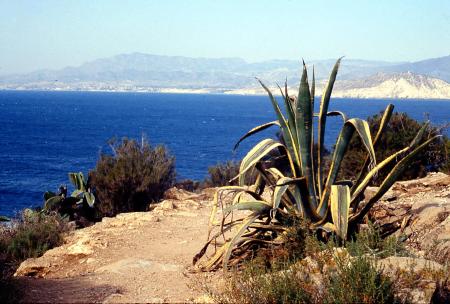 We just about made boat departure time, which was a good thing because the next one wasn’t for about two hours or so (in high season they run a lot more regularly) and after purchasing our tickets we made our way to the top deck and selected seats in the sun ready for the short thirty minute crossing and after being invited to view the marine life through the glass bottom in the boat (really not worth it) we arrived in the small port and disembarked.

Before 1700, the island was known as Illa de Sant Pau or ‘Saint Paul’s Island’  on the basis that this is where Saint Paul was washed up about two thousand years ago. He must have got around a bit because he seems to have been washed up in quite a lot of places in quite a short space of time which begins to make him look very unlucky and me sceptical about the whole thing.

Personally, if I was inclined to believe any of it then I would come down on the side of the story of St Paul’s Island in Malta. The Acts of the Apostles tell the story of how Paul was shipwrecked on an island (somewhere) while on his way to Rome to face charges. You can call me a coward if you like but I wouldn’t have been going back to Rome to face charges that might result in crucifixion or beheading and I would have been inclined to stay on the island wherever it was but to be fair you don’t get to become a Saint by hiding in a cave! 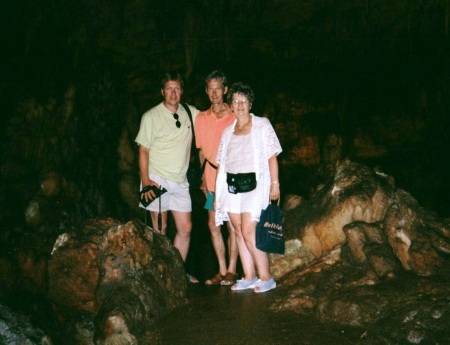 Anyway, with or without Saint Paul, Tabarca turned out to be a whole lot interesting than Isla Benidorm.

In the eighteenth century it was used as a convenient base for Berber pirates from North Africa who regularly raided the mainland coast so in 1760, to put a stop to it, Charles III of Spain ordered the fortification and repopulation of the Spanish island.

A group of Genoese sailors who had been shipwrecked near the coast of Tunisia, mostly coming from the islet of Tabark, were rescued and considered convenient settlers and the islet was renamed Nova Tabarca. The Genoese were moved to the island together with a Spanish garrison.

The King ordered a fortified town and as a consequence of Royal Decree walls, bulwarks, warehouses and barracks were built. The garrison was removed in 1850 and the buildings began to deteriorate and collapse through lack of maintenance but the Genoese stayed put and now a hundred and fifty years later it is a tourist destination and a thriving fishing community. 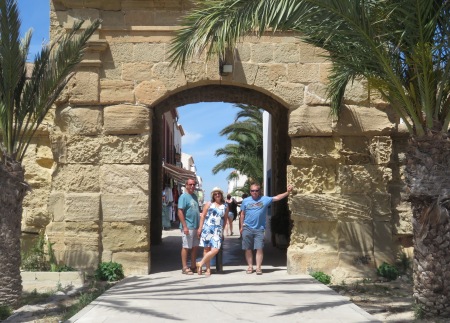 We maybe could have done with another hour on the island but if we missed the next ferry back we would be there for another four  which was too long so we made our way back to the small fishing port of the island and boarded the boat back to Santa Pola where we had previously found a nice pavement restaurant with a vey reasonably price Menu Del Dia and we simply sat and let the afternoon slip through our fingers.

Later we sat on the terrace and drank wine and ate pizza and just wasted the rest of the evening away as well!