Portugal, Train Tickets and The Palace at Sintra 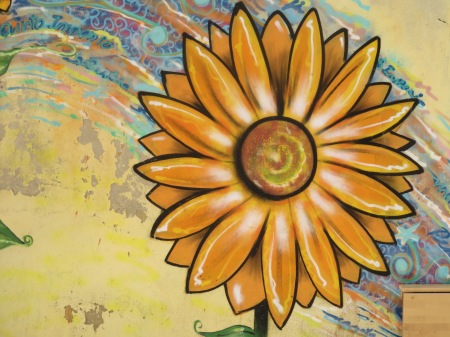 Everyone I know that has been to Lisbon said that we should take time out and visit nearby Sintra.  I watched the celebrity chef Rick Stein on TV and he said visit Sintra but what I forgot to take into account of course is that Rick Stein has a backroom staff of researchers and can always be guaranteed a place at the front of the queue and later a table at a top restaurant.

After breakfast in our temporary studio home we made our way to the railway station and set about purchasing some tickets.  In Lisbon this is not an easy process let me tell you.  It is probably the most inefficient ticket purchasing process that I have ever encountered.  There is no ticket office, just a row of automatic self-service metal monsters.  Half of them are out of order and there is a rugby scrum around those that work and the single overworked assistant who is there to try and help.

Everyone needs a personal travel card so you have to buy that first and then every passenger has to individually purchase their own ticket.  I cannot buy a ticket for both of us and a family of, say five, cannot make a single purchase.  Every travel ticket has to be bought individually so if customers are paying by credit card this is probably the most frustrating travel experience on the entire planet.  I could probably solve a Rubik Cube puzzle in the time it takes to acquire a train ticket in Lisbon.

Eventually I made it to the ticket machine and after going through the tedious ticketing options proposed to pay with a €20 note but the machine won’t give change for anything over €10 so I have to dig around in the bottom of my pockets and in the inner recesses of my rucksack for some loose change and by the time that I have done that the transaction has been timed out and cancelled.  I could sense frustration and fury in the line of people behind me, I know how they feel, I felt exactly the same way just a few hours earlier when I joined the queue.

Buying a simple railway ticket in Lisbon is like the eternal labour of Sisypus.

Tickets eventually purchased we boarded the train and set out with five million other people to Sintra.  When we arrived the train doors opened and all five million passengers spilled out onto the platform like a people tsunami. I hadn’t expected this and the next challenge was to get past the ticket touts and taxi drivers waiting outside the railway station like fishing trawlers with gaping nets.

I had no idea that Sintra was going to be this busy, the queue for the bus to the National Palace was five miles long, it was cloudy, dull and cold and eventually I gave in and allowed us to be talked into a tour taxi ride to the top.  It was only €10 so I didn’t stress out about that for too long.

As we climbed through a pine forest to the top of the mountain the cloud cleared and ahead of us was the fairy tale pastel painted Royal castle all pink and yellow and glowing brightly in the sunshine.

The Tourist Information guide describes it like this … “The town of Sintra is Europe’s greatest example of the whimsical and colourful Romanticism style of architecture. This elaborate 19th century design style was inspired by the love of art and the mysticism of ancient cultures, to create decorative and flamboyant buildings, of which the Pena Palace is the finest example.”  It attracts over two and a half million visitors a year (a genuine statistic by the way) so we should have been prepared for crowds and queues.

We bought our tickets which at €21 seemed a bit expensive to me and then we walked up ten thousand steps to the entrance and joined another queue.  It took five years to shuffle our way to the visitor entrance moving slowly forwards as though our shoe laces were tied together and then we spent an hour or so cramped like sardines in a tin as we made painfully slow progress through a succession of rather boring palace rooms.  King somebody or other slept here, Prince so-and-so sat on this chair etc.  Personally I was just so glad to get out the other end, find a terrace bar and order a cold beer.

We walked back now to Sintra, about two miles or so somehow missing the entrance to the Moorish castle on the way down, I think Kim probably spotted it but distracted me at exactly the right moment to prevent a suggestion that we pay a visit.

In the town we found somewhere for a small salad lunch and then bypassed the overpriced and tacky tourist shops and made our way back to the railway station via the Gothic style National Palace.  I confess that I found Sintra to be rather disappointing, a tourist honey trap and an unnecessary diversion to our visit to Lisbon.  I wouldn’t go back and I wouldn’t enthusiastically recommend anyone to go there.  Go to nearby Belém instead, it is a lot more interesting and much less touristy.  I wasn’t that impressed with Sintra as you can no doubt tell.

It was hot again in Lisbon and after we climbed the hill from the railway station to the part of the city where our studio was located we were glad to stop in a shady park for a late afternoon cold  drink in a nearby park.  Later we dined at the restaurant that we had spotted the day before and we were glad about that because the food was absolutely excellent.

One day left in Lisbon.

42 responses to “Portugal, Train Tickets and The Palace at Sintra”