Travels in Spain, The Plaza Mayor 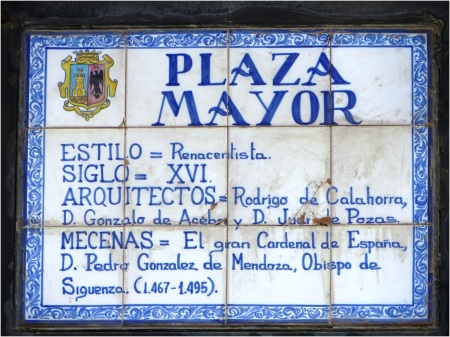 We enjoyed our brief stay in Almagro and especially our time spent in the Plaza Mayor and as we had a final glass of Rioja on the balcony of the hotel we began to compile a list of our favourites.  The more places we visit the more difficult this becomes so we have now extended this list from five to ten and introduced two categories – cities and towns.

The Plaza Mayor is arguably the most important part of a Spanish town or city and I really cannot think of an equivalent in the United Kingdom where we have public squares but use them in an entirely different way – all day drinking, littering and anti-social behaviour.

In Spain the Plaza Mayor is the place where people meet, relax and enjoy themselves; it is generally flanked with shops and restaurants and usually has the town hall and the main church somewhere close by.  This is the beating heart of a Spanish community and when we arrive somewhere new it is usually the first place we make for because sitting with a glass of wine and complimentary tapas it is the best place to be to get a feeling for the town and its people. 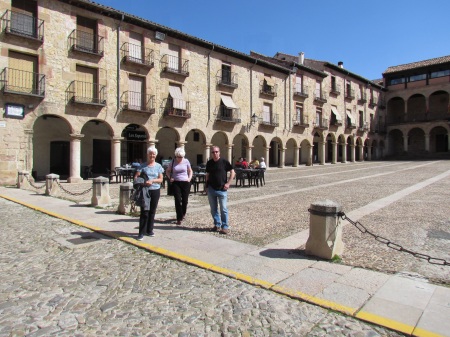 In the search for real Spain (not the coasts and the Costas), in the past five years, we have visited and enjoyed dozens of Plaza Mayors; Madrid, the largest, Salamanca, the second largest, Toledo, next to its towering cathedral and the tiled Plaza de España in Seville.  We liked them all and we began now to compile a list with a view to choosing our favourites.

We considered Ávila,  Mérida and Valladolid, Cáceres and Santiago de Compostella, Oviedo and León  but after a lively debate weighing up the pros and cons and putting forward the case for each one in turn we finally agreed on the top five in each category but could not reach consensus on the actual order.

First the cities:  Segovia in Castilla y Leon because of the Cathedral and the architecture and the little streets running away from it like spokes from a wheel, Trujillo in Extremadura, because of its unspoilt medieval charm, its grand palaces and dusty, sunburnt aura and then Salamanca with its grand baroque architecture and after that Alcala de Henara and the Plaza de Cervantes with its statues and gardens and grandly colonnaded perimeter and then we would simply have to add Palencia  because of its unspoilt charm and the timeless quality of the buildings and architecture – a real gem! 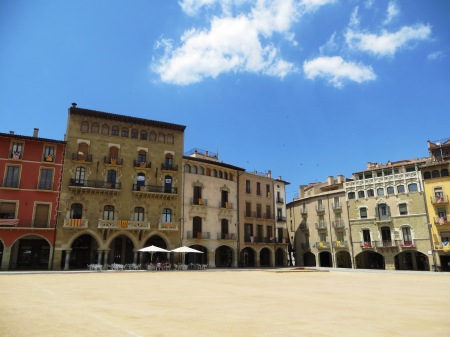 And so to the towns: the unpretentious and functional Ciudad Rodrigo, reeking of the Spanish Peninsula War in every crack and crevice, Chinchón with its open balconies and bullfights and Siguenza with its stone simplicity, cobbled alleys, sharp stairways, deep arches, shady courtyards and stone buttresses leaning across the street and leaving barely a single shaft of sunlight and which was the probably the closest yet that I have been looking for in Spain.  Almagro with its stone colonnaded arches and Tuscan columns supporting overhead galleries all painted a uniform shade of green and fully glazed in a central European style which makes this place unique in all of Spain.  Finally Tembleque which we visited on a dreary overcast day but despite that there was no ignoring the quality of its fine Plaza.

That was a difficult debate and lasted as long as long as the bottle of wine and two dishes of olives but once we had finished we drained our glasses and thought about moving on in the morning. 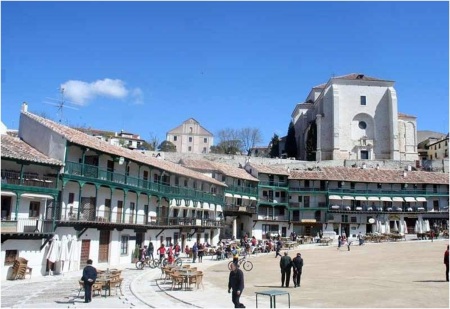 22 responses to “Travels in Spain, The Plaza Mayor”