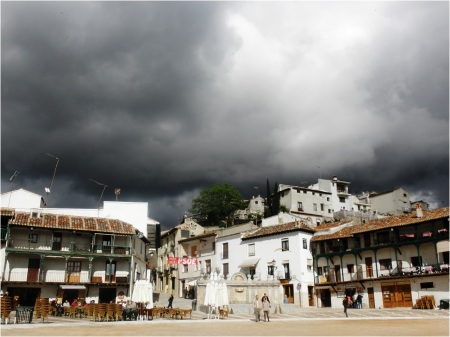 From Besalu in Catalonia to Chinchon in Castilla-La Mancha about four hundred and fifty miles to the south.

The Plaza is in a marvellous location with a big irregular shaped square that is used for town festivals and the occasional bullfight; it is surrounded by a hierarchical arrangement of buildings of two and three storeys with two hundred and thirty-four wooden running balconies all painted a uniform shade of green called ‘claros’ and below these shops, bars and restaurants on the ground floor all spilling out onto the pavement.

It was the location for one of the opening scenes, a bullfight as it happens, in the 1966 film, ‘Return of the Magnificent Seven’ and was also used as a location for the film ‘Around the World in Eighty Days’. 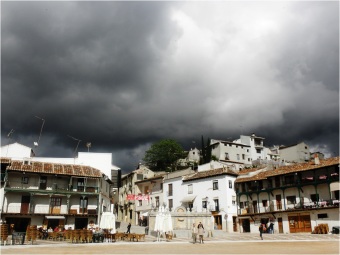 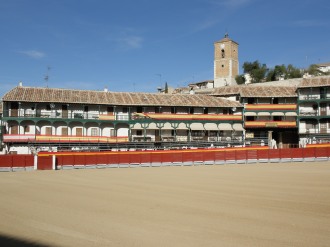