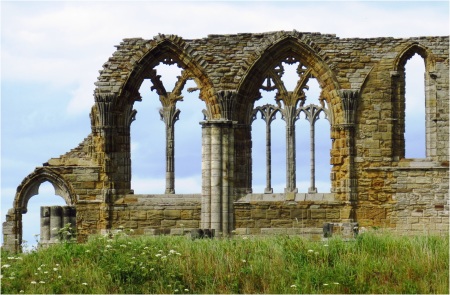 We started the second day in Yorkshire by returning briefly to the town of Whitby which at mid-morning was beginning to stir briskly into English seaside action.  Day trip busses growled into the car parks, breakfast cafés were doing energetic business and noisy amusement arcades were clattering with early coin action and temporary lost fortunes.

I like Whitby, personally I think it is the best of the Yorkshire East coast seaside towns, just edging out Filey and Hornsea but better by a mile than scruffy Scarborough and the really dreadful Bridlington.

Whitby is a fishing town and the harbour was busy this morning as tired working boats came and then rested went and sorted the catch at the quayside before the men on board went about their maintenance duties under the watchful eye of the visitors who wandered without purpose along the quay as they waited for the dozen or so fish and chip shops in the town centre to open at lunchtime.

I would happily have stayed longer at Whitby but we had a very full day ahead of us so we left the town and made our way to nearby Robin Hoods Bay, a charming place which was once a busy fishing village but is now a thriving tourist magnet with narrow picturesque streets, quaint houses, seaside souvenir shops and a wide sandy beach liberally punctuated with rock pools.  The sort of place that I remember from family holidays when I was a boy and where I wished I still had my ‘I-Spy at the Seaside’ book. 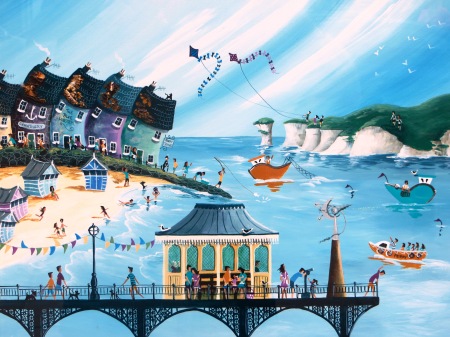 The origin of the name is uncertain, and unless he was on holiday it is highly doubtful if the famous outlaw Robin Hood was ever in the vicinity because it would be a long walk from Sherwood Forest. An English ballad and legend tell a story of Robin taking on French pirates who came to pillage the fishermen’s boats and the northeast coast. The pirates surrendered and Robin Hood returned the plundered loot to the poor people in the village in his most famous way. 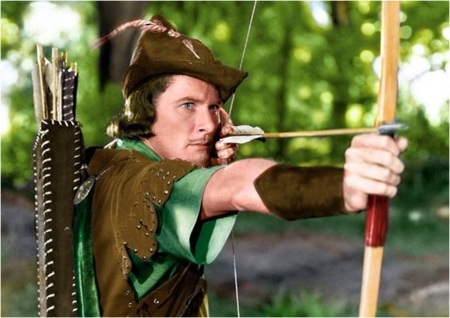 We walked down the steep hill to the sea, stayed a while and then walked back through green fields and a herd of inquisitive cows because our plan now was to take a steam train ride on the North Yorkshire Moors Railway.

The train runs from Whitby to Pickering but car parking is difficult and expensive in Whitby so we started instead at the next station along the line at the village of Grosmont from a railway station that has been restored faithfully in the style of 1950s British Rail.  I am always amazed at what lengths people will go to in England to recreate the past.  We certainly love our history.

The eighteen mile North Yorkshire Moors Railway carries more people than any other heritage railway in the United Kingdom and even claims to be the busiest steam heritage line in the World, annually carrying more than three hundred and fifty thousand passengers.

We purchased our (expensive) return tickets and waited for the steam engine to tediously make its approach to the station, hissing, spitting, burning and growling like an angry beast. I like steam trains and like a lot of people lament their passing (I am of course old enough to remember steam engines running regular services) but it is easy to see why there is no place for these dirty, temperamental monsters in modern Britain. 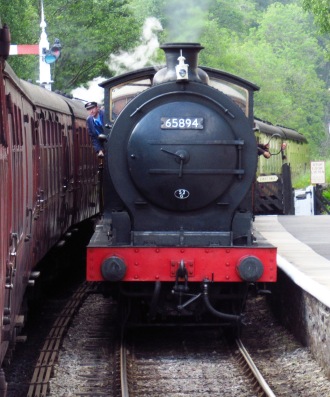 The train advanced ponderously and took an hour or so to cover the short fifteen mile journey so it was looking to break any speed records but it was a pleasant journey through the countryside and through a succession of attractive villages along the way before finally arriving in the market town of Pickering. 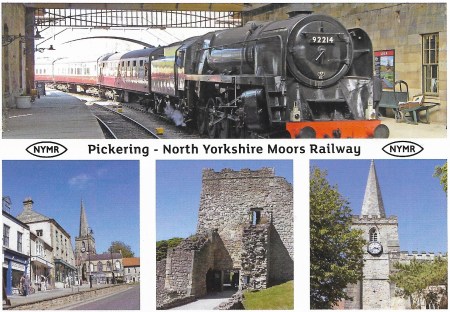 Pickering is a gentle sort of place, I doubt that anything especially exciting ever happens there but I found it pleasant enough and we climbed the hill in the High Street, found a place for afternoon tea and a cream scone.  Having recently been to Cornwall I enquired that is a Yorkshire cream scone eaten in the Cornish (cream on last) or the Devon (cream on first) way and was emphatically told cream on last which I was also politely informed was more correctly known as the Yorkshire way.  Cornwall? Where’s Cornwall?

The train journey back to Grosmont was just as painfully slow and several of our party fell asleep but at £25 return fare I was determined to stay awake. Later we dined at the pub restaurant where we were staying, I was presented with a surprise sixty-fifth birthday cake and a celebration balloon and we all declared the few days in Yorkshire a great success. 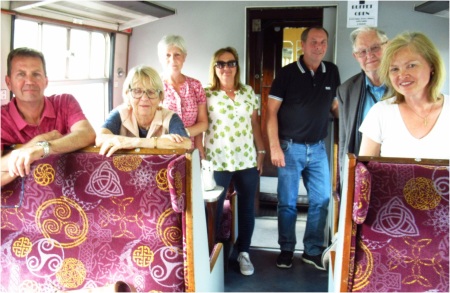 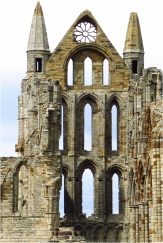 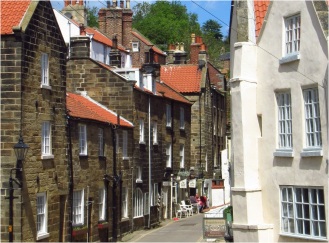 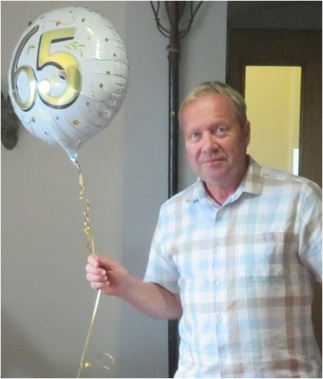 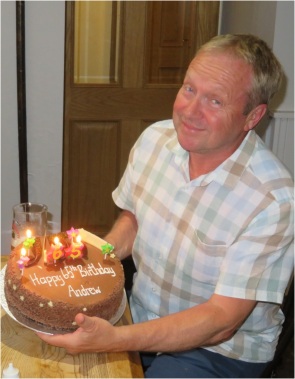 44 responses to “Yorkshire – Seaside, Countryside and a Train Journey”