I was tired of the long dreary English Winter, especially this Winter with almost two months of continuous wind and rain I was in need of sunshine so cheap flights to the Mediterranean island of Cyprus at only £45 return were just too good to turn down.

I had been to Cyprus before in 1998 but that was a family holiday spent at the hotel swimming pool and on the beach at the Olympic Napa Hotel close to the noisy resort of Ayia Napa and I rather foolishly neglected to see anything much of the country on that occasion so this time I thought that I would put that right.

Ayia Napa has a reputation as a sleazy sort of holiday destination so as this time we were to be staying on the opposite side of the island I had no plans to return there on this occasion.  In a 2017 survey it was in the top ten of European destinations that are spoiled by boozy Brits.  The others (in no particular order) were Kavos in Corfu; Red Sea resorts in Bulgaria; Magaluf, Barcelona and Benidorm in Spain; Malia in Crete, Riga in Latvia and Hvar in Croatia.  Such surveys make me ashamed to be British. 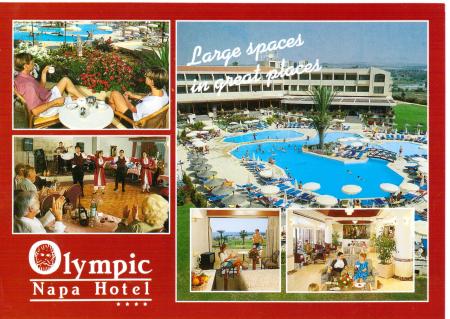 I started as usual with the Human Development Index which ranks countries by level of ‘human development’ and the statistic is composed amongst other criteria from data on life expectancy, education and per-capita gross national income. Cyprus is ranked thirty-first, out of one hundred and eighty-nine, one place ahead of Greece and which is regarded as quite high.

Next I look at the Europe Happiness Index and it is rated at only twenty-second out of thirty which is not so good.  Finland is the happiest and Albania (no real surprise) the least jolly.

The Country has three UNESCO World Heritage Sites including the entire Paphos region which is where we would be staying.

Cyprus is famous for its Mediterranean beaches which stretch for roughly four-hundred miles and along this coastline are sixty-five Blue Flag Beaches which means an award winning beach every six miles or so.

My next measure is always the Eurovision Song Contest and Cyprus has participated in the annual contest thirty-six times since its debut in the 1981.  So far it has failed to produce a winning entry and the best performance was to finish second in 2018.

Cyprus is the third largest island in the Mediterranean Sea after Sardinia and Sicily and together with Malta one of only two independent European countries. Both were previously ruled by Great Britain and as a consequence drive on the left hand side of the road and have a UK electrical system which means no need for European adaptors.  This would later be an inconvenience but I will come to that.

Every Greek Island has its own special Deity and Cypus has Aphrodite who it is claimed was born in the sea close to Paphos.  In Greek mythology Aphrodite was the Goddess of Love and Beauty.  She was married to Hephaestus but was frequently unfaithful to him.

In truth she was a bit of a slapper –  in the Odyssey, she is caught in the act of adultery with Ares, the god of war. In the First Homeric Hymn to Aphrodite, she seduces the mortal shepherd Anchises. Aphrodite was also the surrogate mother and lover of the mortal shepherd Adonis and along with Athena and Hera, she was one of the three goddesses whose feud resulted in the beginning of the Trojan War. She was also the patron goddess of prostitutes.

In 2019 I visited Berlin in Germany twice.  Berlin was once a divided city and I saw the remains of the wall.  Cyprus and its capital Nicosia remains a divided city, the last divided city in Europe (for the time being because history teaches us nothing).  After visiting Berlin I was interested to visit Nicosia and if possible cross the Green Line between Cyprus Greece and Cyprus Turkey.  I will come to that later.

We arrived in Cyprus early in the afternoon and a complimentary taxi transfer whisked us the ten miles or so to the Capital Coast hotel, just a short drive north out of the city.  A 1980’s hotel in need of some refresh and attention but we didn’t complain because we were given an upgrade room to a sea view (I had only booked a cheaper garden view) so we unpacked, settled down, sat on the balcony in the sunshine and opened a bottle of Cyprus beer and popped the cork of a bottle of a local wine.

This was light years away from the wind and rain and late winter gloom of the east of England.

16 responses to “Cyprus, Preparation and Arrival”