On This Day – Naples

Hopefully life is making slow progress towards getting back to normal. Until it does I am still going through my archives. On 20th April 2018 I was in the Italian city of Naples…

“See Naples and die. Well, I do not know that one would necessarily die after merely seeing it, but to attempt to live there might turn out a little differently”, Mark Twain – The Innocents Abroad

We had suggested to some regular travelling pals that we should go to Naples for a few days. They were horrified by the suggestion because of the city’s reputation as being quite dangerous. They said that they would prefer to go to Barcelona in Spain even though I pointed out that the Spanish city is the pickpocket capital of Europe.

There is the famous phrase that says ‘See Naples and die!’ which originated under the Bourbon regime and means that before you die you must experience the beauty and magnificence of Naples. Some, less charitable, now say that the city is so mad, dangerous and polluted that death might possibly be a consequence of a visit there.

“Naples is a bit of heaven that has tumbled to earth.”

I liked it immediately. At the Centro Storico the warren of alleys with peeling sepia walls were vibrant, chaotic and gloriously dilapidated, the architecture was glorious, the locals loud and boisterous, the balconies bannered with laundry and the driving was appalling. This was a glorious place, the beating heart of the city, raw, passionate, crumbling, secret, welcoming and corrupt. 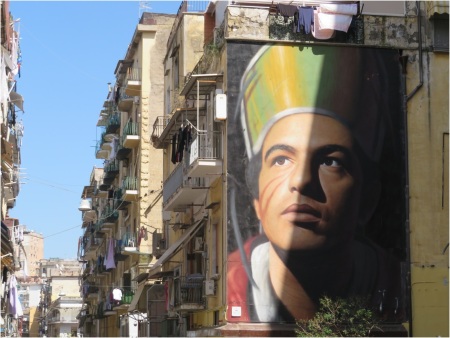 Naples, we learned, is considered dangerous for a number of reasons. Most obvious of all is its perilously close proximity to Vesuvius that looms large over the city. Naples is the most densely populated volcanic region in the world and is regarded as potentially one of the most dangerous volcanoes on earth because there is a population of three million people living so close to it. 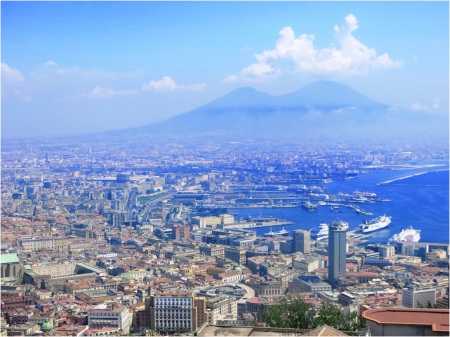 The second reason is lawlessness because Naples has enormous problems with Mafia style organised crime. The Naples equivalent of the Mafia is the Camorra, which is a loose confederation of criminal networks in control of crime, prostitution, arms dealing and drug-trafficking and the gang wars result in a high number of deaths.

The network of clans has been described as Italy’s most murderous crime syndicate, preying on the communities around it by means of extortion and protection rackets. Rival factions wage feuds as they battle to control the drugs trade.

Most dangerous in my opinion is Italian drivers, a problem that is not restricted to Naples. Italy it has to be said has some insanely different driving rules to the rest of Europe and the traffic was murderously busy and dangerously hectic in this part of the city.

Traffic lights are a good example of these different rules because each one resembles the starting grid of a formula one grand prix. At an Italian traffic junction there is an intolerant confusion of cars all impatiently throbbing with engines growling, exhaust pipes fuming and clutch plates sizzling like a red hot grill plate whilst behind the wheel the drivers blood pressure reaches somewhere several degrees beyond boiling point. A regard for the normal habits of road safety is curiously absent in Italy so although the traffic light colours are the same as elsewhere they mean completely different things.

Red means slow down, amber means go and green means mass homicide. At a junction an Italian driver simply points his car at the exit he is aiming for and five seconds before the lights go green, he shuts his eyes, presses the accelerator to the floor then races forward and may God have mercy on anything or anyone in his way.

Anyway, we had a good four days in Naples, Vesuvius didn’t erupt, we didn’t get gunned down by the Mob and we didn’t get run down by a mad driver. We declared it a big success and would happily return. 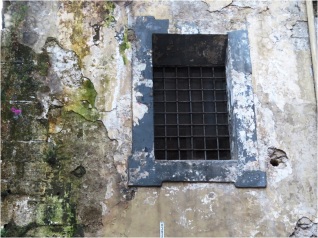 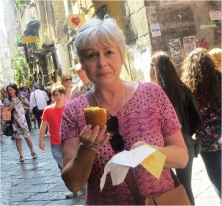