A to Z of Statues – I is for Imre Nagy 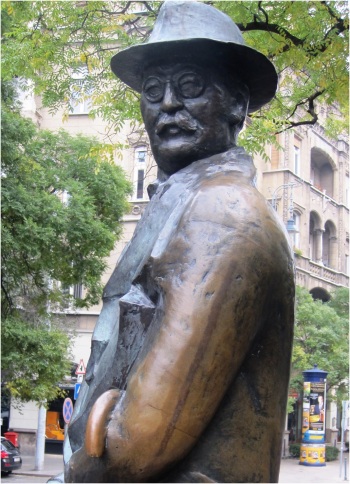 At one other end of Louis Kossuth Square in Budapest is a statue of Imre Nagy, another Hungarian martyr and hero, who was Prime Minister during the post war occupation  years and led the ill-fated 1956 anti-soviet government after the revolution of the same year attempted to break free from Soviet control.

Nagy’s government formally declared its intention to withdraw from the Warsaw Pact and pledged to re-establish free elections.  By the end of October this had seemed to be successful but on 4th November, a large Soviet force invaded Budapest and during a few days of resistance an estimated two thousand five hundred Hungarians died, and a further two hundred thousand more fled as refugees. Mass arrests and imprisonments continued and a new Soviet installed government was installed and this action strengthened Soviet control over Central Europe.

Charged with organising the overthrow of the Hungarian People’s Republic, Nagy was executed by hanging for treason in 1958 . 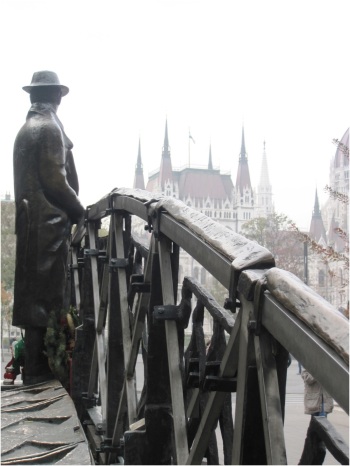