The Titanic Experience in Belfast

Two weeks after returning from Northern Ireland I went there again, this time to take my grandson who has a great interest in the story of the Titanic.

The Titanic Museum and Experience has been built on the site of the previous Harland and Wolff workshops  right in front of the slipways that were built for the construction of the Titanic and the sister ship Olympic.  This area which has become the Titanic Quarter was previously called Queen’s Island but twenty years ago it was a no hope area of rotting buildings, dereliction and silted up docks and the transformation is truly remarkable. 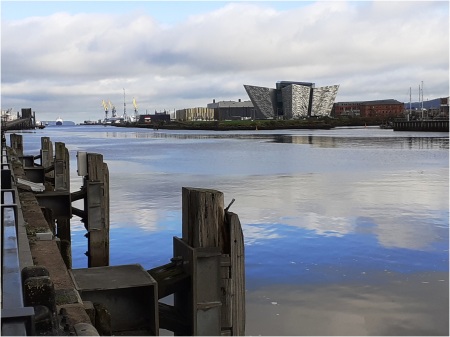 Inside the building was equally as impressive as the exterior and after collecting our pre booked tickets (10% saving) we made our way through to the exhibition which started with a history of nineteenth century boom town Belfast before taking us to the top floor for a shipyard ride with various displays of the construction process and then descending through various galleries that dealt with the launch, the fitting out, the maiden voyage, the passengers and the sinking.

The exhibition has a good mix of exhibits, interactive displays, full size reconstructions and plenty of information and facts.  My favourite was the story of the riveters who worked in a five man team and were expected to fix six hundred white hot metal rivets in a day.  One man heated it in a furnace before throwing it to a second man called the catcher who collected it in a bucket before passing it to the three man finishing team who hammered it into place.  All of those jobs sound dangerous to me but I imagine the catchers to be the most so.

By the time that we left the final gallery about the search for the ship we were all happy to declare this to be among the best experience museums that we had ever visited and what good value at only £12.50 and I would certainly be happy to recommend anyone to visit this place.

There are many theories about the reason for the sinking.  The Captain has been blamed for being reckless, the White Star Board for trying to set a speed record despite the danger but currently the most popular is the rivets.  Apparently those used at the bow and the stern were made of iron rather than steel and contained high levels of impurities.  They only had a 5 mm tolerance and as a consequence of the collision they shattered and popped their heads and the steel plates of the hull undid like a giant zipper.

“From the very day that she was designed she was almost doomed…this (the use of iron rivets) was the Achilles heel of the Titanic.” – Paul Louden-Brown, White Star Line Archivist.

So, everyone knows that the Titanic sank but as we came to the end of the visit I began to think about what if it hadn’t?  To begin with the three millionaire U.S. businessmen who died that night, John Jacob Astor, Benjamin Guggenheim and Isidor Strauss might have gone on to be even more successful and who knows what they might have achieved.  Thomas Andrews, the designer of the ship might have built something even bigger and better and Captain Edward Smith could have carried on crashing into other ships.

For sure I wouldn’t have met the American visitor who was looking at a list of the victims and comparing pictures with a faded photograph that she was holding.  She told me that it was her great uncle who was one who drowned that night.

We certainly wouldn’t have had that awful film ‘Titanic’ with Leonardo DiCaprio and we would never have had to endure Celine Dion singing ‘My heart will go on’.  As a point of interest there have been twenty-two films that are directly or indirectly based on the story of the Titanic and if you want my opinion (you are going to get it anyway)  the best of all was ‘A Night to Remember’ made in 1958 and starring Kenneth More playing Second Officer Charles Lightholler (see quote above).

Before leaving the exhibition we had a good value Titanic themed lunch in the ground floor restaurant and then after visiting the slipway overshadowed by Samson and Goliath in the Harland and Wolff shipyard which are claimed to be the two largest free standing cranes in the World and have become a canary yellow symbol of the city. 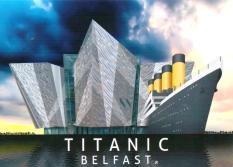 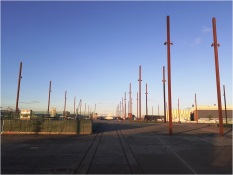 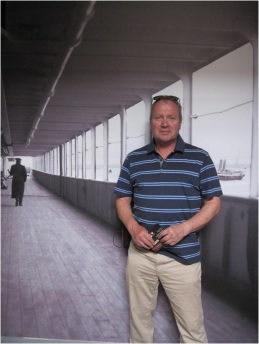 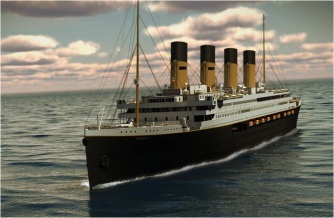 27 responses to “The Titanic Experience in Belfast”