We stopped at a desert recreational area and took a walk amongst the Saguaro cactus which are sometimes called the ‘desert monarch’  on account of the fact that they can be fifty feet tall and up to two hundred years old.  We walked among them a short way but became understandably nervous when we read a warning sign about rattle snakes and we remembered Mike’s gruesome stories of painful venomous deaths where blood turns to cement and you die in seconds so we didn’t stay very long.

I think Mike was exaggerating. I looked it up later.  There are about eight thousand reports of venomous snake bites every year in the USA but on average only five people die which is about twice as many in Australia.  That is about the same amount of people who die from dog attacks in the UK each year.

Rustler’s Rooste served cowboy food and a sign on the door said ‘Better come hungry’; so it was a good job that we had Dave and his reliable appetite with us!  There was a fabulous menu with an extensive choice of food including rattlesnake as a starter.

Arizona, Heil Factory Visit and the Scottsdale Stadium in Phoenix

This might sounds a bit ungrateful but I just wasn’t enjoying this part of the trip.  I preferred the Grand Canyon excursion.

Finally, after what seemed a lifetime or three, the visit was over and the Managing Director gave each of us a bag of corporate gifts which included a polo shirt and baseball cap, a Swiss army knife and some unusually high quality pens.

For an Englishman a four hundred mile trip seems a very long way to drive for a day out.

If I drove that distance in any direction from my home then I would run out of road and reach the sea.  Going east it would take only fifteen minutes.  It is a journey like this that makes you realise the immense scale of the USA.  Arizona is 115,000 square miles of emptiness and long stretches of never-ending road between towns, the UK is just less than 95,000 square miles and Arizona is bigger than forty of the fifty-one countries in Europe.  It is bigger than half the countries in the World.

Arizona, Breakfast at the Roadrunner Saloon

Thoughtfully the organizers of the trip thought we might need a day to rest after our long flight so the next day was free of any official engagements and ours to do as we pleased with so Allan decided that we would drive to the two hundred mile journey to the far north of the State to see the Grand Canyon.

This seemed a very good idea but did involve a very early start and less than four hours after crawling into bed and before it even got light we were off and away before I had time to check to see if I had a hangover and even before the breakfast bar was open in the restaurant. Dave wasn’t happy about that.

Before I moved to Lincolnshire I used to work for a French waste (mis)management company called Onyx UK and I worked at a depot in Maidenhead in Berkshire and managed the Windsor contract.

The company was always losing money and as a result trying to cut costs and one day  the Managing Director telephoned me to tell me that he had heard of a new type of refuse collection vehicle with impressive labour saving innovations that offered potentially huge operational efficiencies and that he was interested in finding out more.

He asked me if I would be prepared to visit the factory where they were manufactured and give him my opinion.

To be honest I had very little interest in bincarts  and tried to drag up a suitable excuse, but fortunately before I could prematurely decline, he happened to mention that the factory was in Phoenix, Arizona in the United States of America.

Zion National Park contains some of the most scenic canyon country in the United States and is characterised by high plateaus, a maze of narrow deep sandstone canyons and striking rock towers and mesas.  People have lived here for thousands of years but in modern times people only became aware of it when Mormon pioneers began to farm the canyon in the late nineteenth century.

In 1880 a geologist called Clarence Dutton visited the Canyon and he described it like this: ‘there is eloquence to their forms which stirs the imagination with a singular power and kindles in the mind. Nothing can exceed the wonderous beauty of Zion, in the nobility and beauty of the sculptures there is no comparison’. 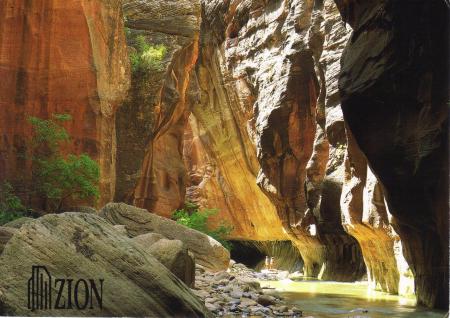 Many people refused to believe that it was possible for such a place to exist because until a hundred years ago Zion Canyon was practically inaccessible to outside visitors; and only a few had laid eyes on the majestic towering cliffs.  Zion Canyon was declared a National Park in 1909.  It was well thoughtfully named because Zion is an ancient Hebrew word meaning a place of refuge or sanctuary and it was in a temple on Mount Zion near Jerusalem where Jesus and the disciples had the last supper together.

Once through the one mile long entrance tunnel the road started to descend into the valley down a switchback road through six precarious hairpin bends, still following Pine Creek to Mount Carmel junction and arrival at the visitor centre.

There was a peaceful calm at the bottom of the valley and the air tasted of mountain air that cleared your head and filled your lungs with freshness.  A truly marvellous spectacle of colourful sandstone cliffs soaring into the sky above a flat-bottomed, thickly forested valley floor in brilliant red and gold autumn foliage that accentuated the colours of the cliffs. Being at the bottom of the canyon this provided a complete contrast to the  top down view that had been the feature of the Grand Canyon and the views looking up were spectacular and awe inspiring. The sort of place you might imagine Indiana Jones looking for a lost Aztec city and a hoard of gold.

After a break we took the short drive into the heart of the canyon that terminated at the Temple of Sinawava (Sinawava was the Coyote God of the Paiute Indians) and here we left to follow the footpaths and trails around the North Fork Virgin River.  There was a lot of choice and certainly not enough time to see as much as we would have liked so we choose the riverside walk towards the Mountain of Mystery and a famous, much photographed, narrow gorge called the Zion Narrows.  Zion is a unique place with diverse wildlife for whom this place is a safe and bountiful refuge.  A little way along the trail we heard a rustling in the bushes and on examination came face to face with a wild deer.  Given its close proximity we were a bit startled by this and on account of its size left quickly so I am afraid that I am unable to identify exactly what species it was.  Thank goodness it wasn’t a bear!

The trail was quite steep because the headwaters of the Virgin River above are at about two thousand, seven hundred metres and it empties into Lake Mead two hundred miles southwest after flowing almost a mile downward.  This gives the Virgin River one of the steepest stream gradients in North America.  Naturally therefore we didn’t get as far as we had optimistically planned and soon it was time to return and leave the park, which was a real shame, I had really enjoyed my day in Paradise. 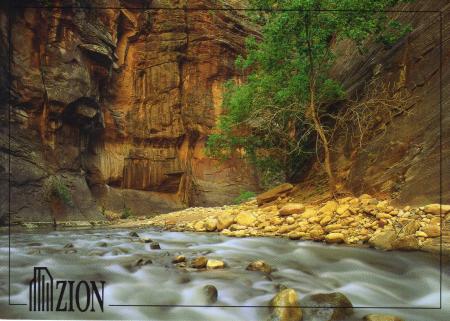 Our first stop today was at the Four Corners monument where four US States meet at one intersection and it is possible to be in all of them at the same time by standing in two and reaching down and touching the others.

From Four Corners we drove to Monument Valley which was everything that I expected it to be and there was a magnificent view from the visitor centre across the whole of the valley. 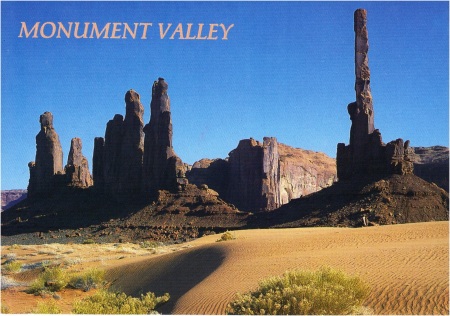 What followed next was another highlight of the holiday when Richard and I left the coach to go on an optional small plane journey for a flight from Monument Valley all the way down the Grand Canyon. 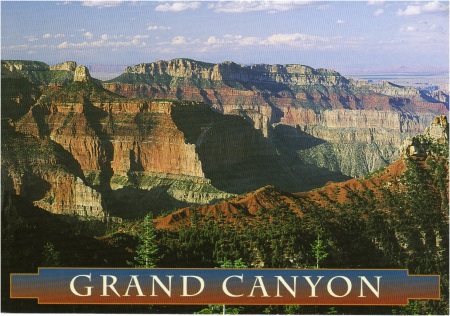 One of the things that I like to do is to take a look at the search questions that seem to bring web-surfers by the site and take a look at some of the more bizarre and unusual.

Before Google got nervous about web search findings and tightened up on sharing search results this was a lot more fun and there were a lot more to choose from, now they are few and far between but just this week I  spotted one that amused me…

“What does a postcard of the Grand Canyon look like”

I am certain that I have put some dumb questions into Google myself but surely none as daft as this!

Anyway, I visited the Grand Canyon in 1995 and as always I am keen to help so here we go… 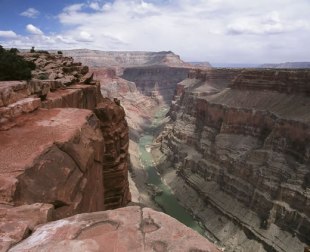 Before I moved to Lincolnshire I used to work for a French waste (mis)management company called Onyx UK that had an optimistic business plan to take over refuse collection services in the UK and I worked at a depot in Maidenhead in Berkshire and managed the Windsor contract.

The company was always trying to cut costs and one day in February 1996 the Managing Director, a man called Percy Powell, telephoned me to tell me that he had heard of a new type of refuse collection vehicle with impressive labour saving innovations that offered potentially huge operational efficiencies and that he was interested in finding out more.  He asked me if I would be prepared to visit the factory where they were manufactured and give him my opinion.

To be honest I had very little interest in bincarts or how they are made but fortunately, before I could prematurely decline, he quickly happened to mention that the factory was in Phoenix, Arizona in the United States of America and almost instantaneously my lack of interest transformed lack a volcanic eruption, like an accident in a firework factory, like a nuclear explosion experiment, into complete and total enthusiasm.