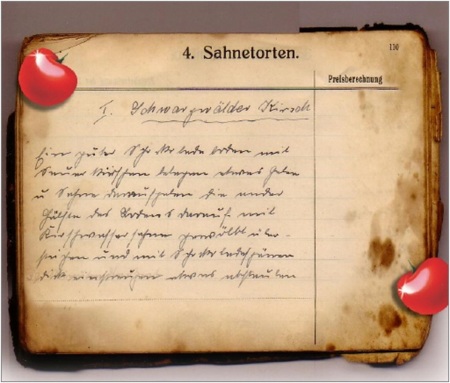 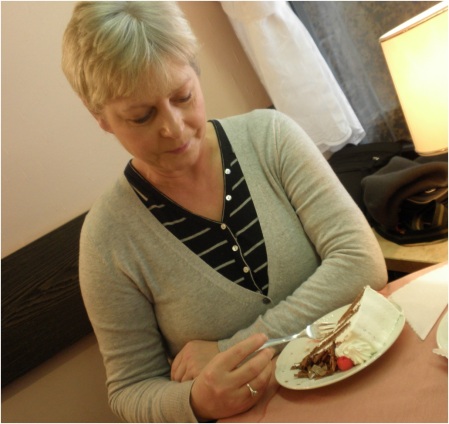 On This Day – Train Ride In The Black Forest

About ten years ago we got into the habit of going annually to Germany, specifically to the Black Forest in search of snow. On February 2nd 2010 we were staying in a lovely hotel in the town of Offenburg…

On the evening before the train ride the restaurant was especially busy and we had to share a table with a German couple from Friedrichshafen in a side room just off the main dining area.  Because they were so busy the service was slow which meant that we drank more wine than usual and after the German couple had left us to ourselves I started to poke around the bric-a-brac and the ornaments and then foolishly started to fiddle with an impressive large cuckoo clock hanging on the wall behind the table.

Immediately I wished I hadn’t touched those cone things that drive the mechanism because it unexpectedly whirred into life and out popped the cuckoo which unfortunately turned out to be a rather loud cuckoo.  And then as the chain headed non stop towards the floor it popped out several more times, each time announcing itself with its little song that just seemed to get louder and louder.  The doors were banging, the birds were tweeting, the chains were rattling and I wondered if to stop it I might have to throttle it.

This impromptu and unscheduled entertainment seemed to amuse the people on the bus tour who were giggling and laughing and I just wanted the thing to get back in its box and shut up.  There was no such luck and the clock went through twenty-four movements in under two minutes and believe me that is an awful lot of cuckoos.  Then just as I was giving up all hope the thing  thankfully finally exhausted itself and it stopped and with me red faced with embarrassment we slipped out of the restaurant and went back to our room before I could get up to any more mischief. 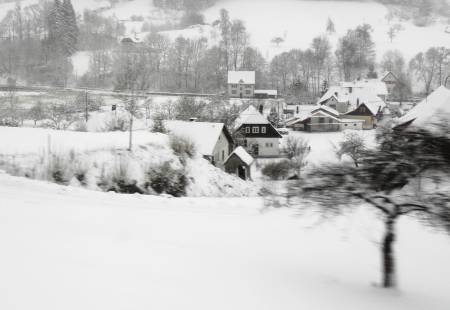 The Badische Schwarzwaldbahn or  The Black Forest Railway (as we know it) was built between 1863 and 1873 and today is a twin-track, electrified railway line running in a north-west to south-east direction and links Offenburg on the Rhine Valley Railway with Singen on the Upper Rhine Railway. It passes directly across the Black Forest, through spectacular scenery on a route that is one hundred and fifty kilometres long, ascends six hundred and fifty metres from lowest to highest elevation, and passes through thirty-nine tunnels and over two viaducts. It is the only true mountain railway in Germany to be built with two tracks, and is the most important railway line in the Black Forest. 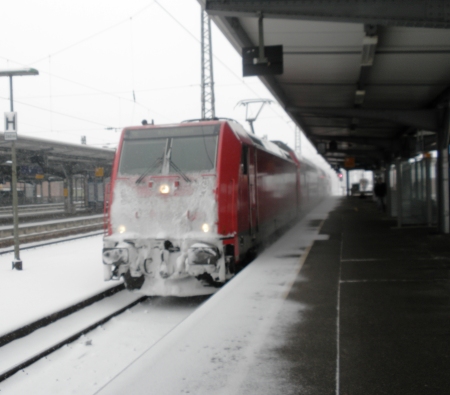 I woke early in the morning and now that the effects of the wine had almost completely worn away immediately recalled the incident with the cuckoo clock and I worried that I might have broken it and would be presented with a hefty repair bill when we checked out.  Wide awake I checked the weather and instead of the blue sky that we had predicted there had been a significant fall of snow and it was still coming down thick and fast.