A Mystery Story for Halloween – The Single Footprint

I was rather perplexed by this bizarre mystery that I came across in Malta just recently. Here is a slab of concrete measuring roughly six foot by three and right in the middle of it is a single footprint. Nothing before and nothing after and nothing to either side and almost impossible to leap into the middle and back out again without losing balance unless you are a World Champion Hopper…

Posted in Age of Innocence, Arts and Crafts, Childhood, Growing up in the 1950s, History, Literature, Travel 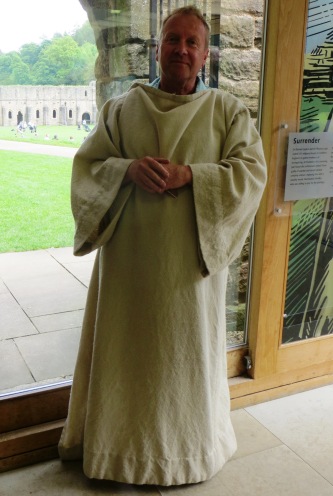 “If God did not exist, it would be necessary to invent him” – Voltaire

I had heard it said that people went into the clergy after getting a calling from God and I used to lie awake at night straining out listening for it. It never came. I also understood that it might alternatively come as a sign and I used to walk around looking for anything unusual but this never happened either.

Good, but not as funny as this one that I spotted a couple of years ago in Westport in Southern Ireland…

When I was a boy I used to like stories from the Bible and  although a lot of the learning bits about going to school I found thoroughly uninteresting and a bit of a chore I did enjoy religious education and especially used to look forward to morning assembly when once a week the Minister from the Methodist Chapel nearby used to attend and tell a story or two in a children’s sermon.

Some of my school reports from this time revealed quite stunning results in religious education and at the same time as I was without fail picking up a disappointing sequence of Ds and Es for the important subjects like Arithmetic and English I was consistently being awarded As and Bs in religion.  In 1963 I scored an unbeatable 100% in the end of year exams. 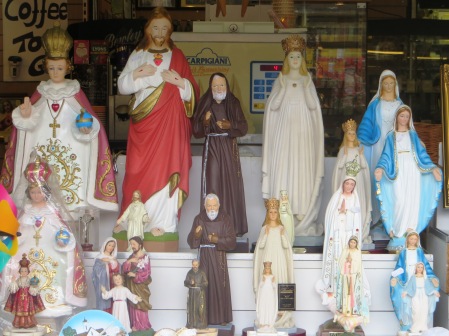 Strictly speaking we were a Church of England family but the Parish Church of St. John the Baptist in Hillmorton was in a sorry state of neglect and significant disrepair on account of the fact that the Vicar had little interest in his parish or his congregation because he preferred his drink.  People use to say that you always knew when he was coming because the beer bottles used to rattle in the whicker basket that he had attached to the handlebars of his bike.   More charitable folk said that it was communion wine.  He didn’t hold many services in the Church, well, certainly not as many as he was supposed to, and there was definitely no Sunday school.

For this reason I was sent to the Methodist Chapel where the Reverend Keene and the Sunday school teacher Christine Herrington made us feel most welcome.  I liked the Reverend Keene, he was down to earth and amusing and later he also came to secondary school to teach religious studies and take a weekly assembly there as well.

I remember that he smiled permanently and had a most pleasant disposition that was appropriate to a minister of the church.  He had one leg shorter than the other and wore a corrective shoe.  One morning in 1969 without any warning the Headmaster announced at morning assembly that following an operation he had died suddenly and I was really sad about that.

I don’t suppose so many children go to Sunday school any more but I used to really enjoy it.  The origin of the Sunday school is attributed to the philanthropist and author Hannah More who opened the first one in 1789 in Cheddar in Somerset and for the next two hundred years parents right across the country must have been grateful to her for getting the kids out of the way on a Sunday morning and giving them some peace and quiet and a chance of a lie in.

In contrast to the Hillmorton County Junior School I seemed to be learning something at Chapel and what’s more I was being really successful.  Every year we used to take an exam, well, more of a little test really, and if you passed there was a colourful certificate with a picture of Jesus and signed by absolutely everyone who was anyone in the Methodist Church hierarchy.  I was awarded a first class pass three years running and even though the school headmaster had written me of as an educational no-hoper I wasn’t in the slightest bit concerned because I was becoming convinced that I was going to be a vicar.

I must have inherited this from my mother…

I had heard it said that people went into the clergy after getting a calling from God and I used to lie awake at night straining out listening for it.  It never came.  I also understood that it might alternatively come as a sign and I used to walk around looking for anything unusual but this never happened either.

One night, some time in 1966, I think God dialed a wrong number and got dad instead because overnight he suddenly got religion in a very big way and we all started going to St John the Baptist which by now had got a new vicar.  His name was Peter Bennett and he was starting to deal with the problems left behind by the previous man who had retired somewhere into an alcoholic stupor.

At twelve years old I was too old for Sunday school and went to church now instead, I was confirmed in 1967 and joined first Pathfinders and then the Christian Youth Fellowship Association or CYFA for short which was (and still is) a national Christian youth club.  The good thing about CYFA was that I got to go away to youth conferences and camps and there were lots of girls there too.  The girl in the middle was called Elizabeth and even though she was taller than me was my first girlfriend.  To her right is her sister Heather and I dated her a couple of times later on as well.

I auditioned for the choir but was rejected on account of being tone deaf but to compensate for this disappointment the Vicar appointed me a server which meant that I got to wear a scarlet cassock, which I thought made me look like a Cardinal and had the important job of carrying the processional cross down the aisle at the beginning of evensong and putting the candles out at the end.

None of this could last of course and with no sign of the calling (there is no such thing as a sign unless you want there to be) and with dad’s religious fervour waning, my attention began to drift off in other directions such as pop music, girls and woodpecker cider and gradually I just stopped going to Church and to CYFA, left the bell ringing group and all of my scripture exam certificates were put away in an envelope in the family memory box and simply got forgotten.

In 2012 I visited the city of Padova in Northern Italy and dropped in to the Basilica of Saint Anthony (A Basilica is technically a double Cathedral because it has two naves) and inside there was a pile of postcards in different languages with an invitation to write to the Saint with a request.  I assume this could be like writing to  Father Christmas or to ask for a cure for a gammy leg or something but I thought that I might use the opportunity to enquire why that elusive call never came? 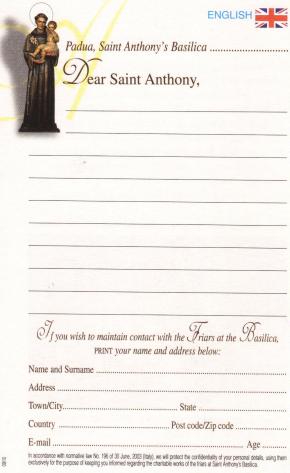 Once again I didn’t get a response from the Big Man! 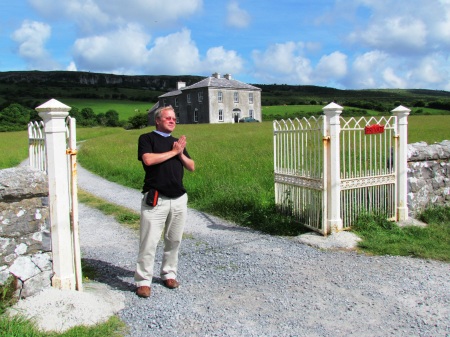 Picture Stories From The Bible

“This is a land where everyone is aware that the land is alive, and one can say that the stories of hidden people and the need to work carefully with them reflects an understanding that the land demands respect” –  Terry Gunnell, a folklore professor at the University of Iceland

We have moved on from Wroclaw in Poland and its street dwarfs so I thought you might like some pictures of the Huldufólk. the “hidden folk” of Icelandic folklore who live in a mystical landscape of mountain passes with peaks lost in the clouds, of arctic chill, windswept valleys, gnarled volcanic rock, wild moss and winter scorched meadows.

“It’s sort of a relationship with nature, like with the rocks. (The elves) all live in the rocks, so you have to. It’s all about respect, you know.” – Icelandic Singer Bjork. 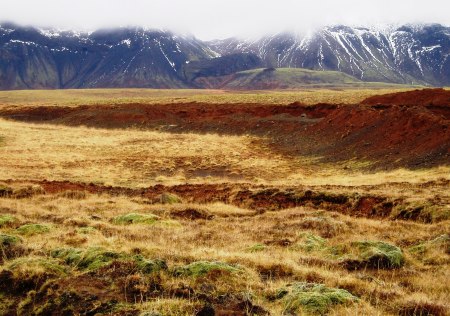 In a land like this. of fire and ice, a place that is wild and magical, where the fog-shrouded lava fields provide a spooky landscape in which it is possible that anything out of the ordinary might lurk, stories flourish about the “hidden folk”.

According to Icelanders these are the thousands of elves who make their homes in the wilderness,  supernatural forces that dwell within the hallowed volcanic rubble and coexist alongside the 320,000 or so Icelandic people.

People in Iceland do not throw stones into the wilderness just in case they carelessly injure an Elf!

“It has caused a lot of arguments, as it’s something that’s very difficult to prove. Iceland is full of álagablettir, or enchanted spots, places you don’t touch – just like the fairy forts and peat bogs in Ireland. They’re protected by stories about the bad things that will happen if you do” – Terry Gunnell 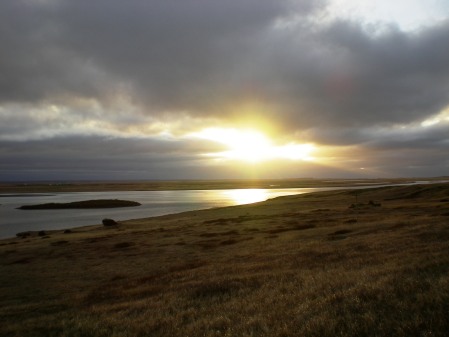 If you are wondering where the Huldufólk are in my pictures? Well, according to Icelandic lore they are hidden beings that inhabit a parallel world that is invisible to human eyes, and can only be spotted by psychics and little children, unless they willingly decide to reveal themselves to people.

Sometimes however you can see their houses…

Have you been to Iceland – Have you seen the the Huldufólk?

Age of Innocence – 1963, The Assassination of JFK

The first few years of our lives are truly the age of innocence when we have a glorious lack of awareness of the external national and global issues that are going on all around us and shaping the world and the environment to which we will one day grow up into.

They say that everyone remembers where they were the day that John F Kennedy was shot and I can confirm that my very first consciousness of world news events was November 22nd 1963, the day the President of the USA was assassinated in Dallas in Texas and even then the news itself didn’t particularly register as important but rather it was the reaction of my parents that proved to be my news awareness watershed. 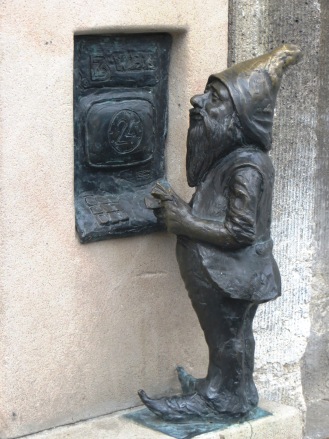 The dwarfs of Wroclaw can be found posing outside buildings and along the footpaths all over the city and this afternoon we bought a dwarf map and went looking for them.

Childhood Memories of Christmas Past

As for most people Christmas was best when I was young and still believed in Santa Claus.  In those days we used to alternate between a Christmas at home one year and then at the grandparents the year after.  I can remember two of these quite clearly.