Here are some pictures… 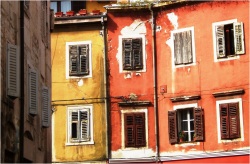 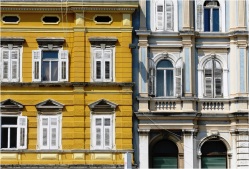 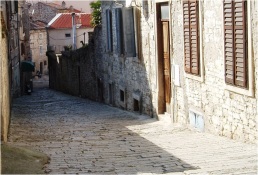 A Life in Ruins – Roman Amphitheatre at Pula, Croatia

The flights to Pula were an irresistible bargain at only £16 return, which effectively meant that they were being subsidised by Ryanair because we didn’t even have to pay the full Government flight taxes.  Sitting next to us was a couple from Kenilworth who had an impressive capacity for drinks from the sky-bar.  They loaded up with beers and whiskey on its first pass down the aisle and they restocked when it returned back the other way.  I like a gin and tonic to help pass the flight but I couldn’t possibly compete with these two heavyweight boozers.

A week or two after returning from Riga there had been a very minor snow fall over the south of England, certainly no more than a flake or two, but predictably this had resulted in total travel chaos and the motorways and the airports had been brought to a ridiculous standstill.  I had contrasted this with the heavy snowfall in Riga on the day that we arrived that had been dealt with quickly, efficiently and caused no disruption to transport arrangements at all. 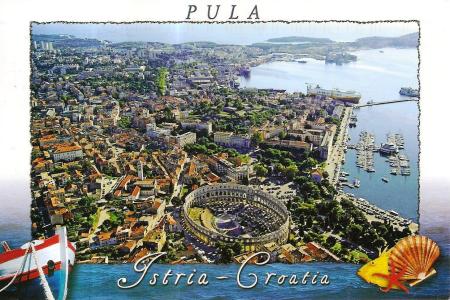 The amphitheatre at Pula in Croatia is the sixth largest in the world and one of the best-preserved examples of its kind.  The Colosseum in Rome was of course the biggest Roman Amphitheatre and could seat a massive fifty thousand spectators, the second largest was Capua, also in Italy but now sadly in ruin, which was only slightly smaller, and the third was in El Djem in Tunisia with a capacity of thirty-five thousand.