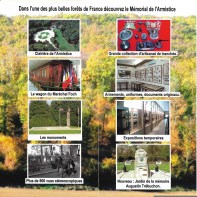 Close by to where we were staying in Vic-Sur-Aisne was a particular place that I was keen to visit so one morning after breakfast I set off alone towards Compiègne and to the Clairière de l’Armistice, a historic site where the armistice of 1918 brought the First-World-War to an end…

The campsite where we were staying in the village of Berny-Riviere was about a mile away from the nearby town of Vic-Sur-Aisne.  Not many people from the campsite seemed to go there because everything that a family needed was provided for on site.

I didn’t want to go on a trampoline, or a rowing boat, go fishing or play laser-quest and I didn’t want to pay for Wifi when it should be free so I got into the habit of after breakfast taking myself off to the town where I found a rather agreeable bar with pavement tables and free internet access.  After a few days my granddaughter Molly began to join me and I liked that.

Vic-Sur-Aisne turned out to be a rather interesting town.  During the First-World-War it was almost permanently on the front line with fighting never far away.  It sits equidistance between the major battle sites of the Somme to the north and Verdun to the east.  What made it important was that it was a major railway interchange where troops would be transferred back and forth to the battle lines in between front line duty and periods of rest or to be hospitalised.

This meant that it came under regular enemy fire and even today the older buildings in the town show pock-marked battle scars where shells and bullets had picked away at the stones and the bricks.  A few years ago I visited Bosnia and Herzegovina in old Yugoslavia and twenty years after the civil war I wasn’t surprised to still see the evidence of fighting in damage to the buildings but here in France I was somewhat taken aback to be examining shrapnel damage from a hundred years ago.

Vic-Sur-Aisne is situated on a linear historical site called the Ligne Rouge, which is a walk (a long walk) or a drive along a route which more or less represents the approximate Front Line of the war.  Approximate because it did move back and forth a little bit over the four years of the conflict.  Every village has a war memorial which honours the fallen in both World Wars and every village has a military graveyard gruesomely disproportionate to the size of the village.

Vic-Sur-Aisne is no exception, it has a population of under two thousand but in the military graveyard there are over three thousand memorial white crosses as headstones.  I visited the graveyard one day to pay my respects.  On another day I visited the nearby graveyard at Ambleny where there are nearly eleven thousand graves and I was struck by the enormity of the War and the appalling number of casualties.

Ambleny is the largest military graveyard in Picardy and contains the graves of two French soldiers who were caught in civilian clothing in a bar and were shot as deserters to set an example to others.  There was no such thing as PTSD in 1917.  They were posthumously pardoned in 1923. I bet they were glad about that!

I liked the town of Vic-Sur-Aisne, I liked the Wednesday street market where I bought Toulouse sausage to make a cassoulet, I liked the friendly local people in the bar who made me feel welcome, I liked the boulangerie that sold tempting pastries, I liked sitting on the pavement outside the bar beneath the tower of a medieval castle where I daily reflected on the history of the region and thanked my lucky stars that I have never been involved in such horror as previously took place here. 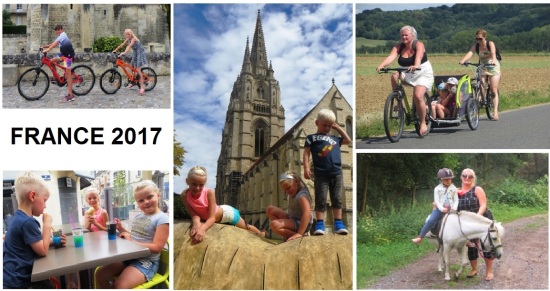 It was too early to book into our holiday accommodation which was only just a few miles away so after a surprisingly good IBIS Hotel breakfast we set out to explore the town of Soissons.

The place was unusually quiet for a Monday morning and many of the shops in the town centre were closed (maybe it was a public holiday or perhaps they just don’t open on a Monday) but we didn’t let that bother us, we hadn’t come for the shops but rather to do some sightseeing.

It is a peaceful town today but it has had rather a turbulent past and on account of its strategic location was once a much more important place than it is today.

I was amused by a passage in a guide book which read – “The election of Pepin the Short took place in Soissons in the 8th century and in 923, following a battle outside the town walls, Charles the Simple gave up his throne in favour of the House of France”

I mention this because if I had been a King at around this time I would have taken great offence to names like these and would have preferred something like Andrew the Brave or Andrew the Wise, something altogether a little more flattering.

This is Pepin the Short…

Although in fairness rather like the unfortunate Pepin I wouldn’t have been able to effectively dispute the title Andrew the Short.

A quick look at Royal history reveals that the French had a habit of giving their monarchs uncomplimentary appendages, Louis II was the Stammerer, Louis V was called the Do Nothing, and Louis VI was known as the Fat!

My research throws up what simply has to be my all-time favourite – sometime in the late thirteenth century, Ivailo of Bulgaria was called the Cabbage! Rather like the England Football Manager Graham Taylor (1990-93) who was unflatteringly branded Turnip Taylor after a run of disappointing results and failure to qualify for the Football World Cup Finals.

I couldn’t help wondering if they were aware of these nicknames or if they were like school teachers who were all given names behind their backs by the students. Come to think about it now however, although we always thought that they were secret I am inclined to believe that each and every one of them knew exactly what we called them. 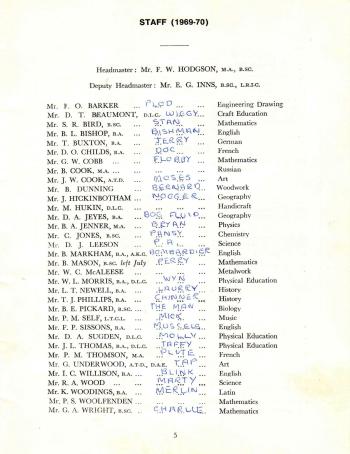 Back now to Soissons.

During the Hundred Years’ War, French forces committed a notorious massacre of English archers stationed at the town’s garrison in which many of the French townsfolk were themselves murdered. The massacre of French citizens by French soldiers shocked Europe and Henry V of England, noting that the town of Soissons was dedicated to the Saints Crispin and Crispinian, claimed to avenge the honour of the Saints when he met the French forces at the Battle of Agincourt on St Crispin’s Day 1415.

The last big upheaval in the town was during the First-World-War (1914-18). In the German Spring offensive of 1918 Soissons fell into enemy hands but after massive bombardment by the French in July the town was recaptured. When I say town what I really mean is what was left of it after repeated attacks the centre including the Cathedral was almost totally destroyed and had to be almost completely rebuilt in the post war years.

During the battle the Allies suffered 107,000 casualties (95,000 French and 12,000 American), the Germans suffered 168,000 casualties and the French High Command justified the deaths and the destruction on the basis that Soissons was an important strategic town that protected invasion and occupation of Paris. More about this later…

An interesting fact about the Battle of the Soissonnais and of the Ourcq is that during the campaign Adolf Hitler, the future Führer of Nazi Germany was awarded the Iron Cross First Class at Soissons on August 4th 1918.  More about him later…

Anyway we spent an enjoyable morning exploring the streets of Soissons, the Town Hall, the Cathedral (every French Town has a mighty Cathedral) and finally the ruins of the Abbaye de St-Jean-Des-Vignes. The Abbaye is a magnificent place even today but could have been even more magnificent but for the fact that in 1805 the Bishop of Soissons approved its demolition to provide building materials to repair the nearby Cathedral – there was no UNESCO World Heritage Committee to prevent this sort of thing in 1805.

We completed our walk and finished the morning with an ice cream at a pavement bakery and with the clock ticking towards check-in time we left and made our way the La Croix du Vieux Pont Campsite where we still a little bit early so we waited patiently for our lodge to become available and while the children swam in the swimming pool I acquainted myself with the poolside bar facilities.

Does anyone have a favourite memorable nickname?