The World Revolves Around Cleethorpes

Walking is difficult right now, the tracks and paths are wet and muddy and it is best to keep to the pavements so we drove to Cleethorpes and the seaside…

It is a rather outrageous claim I am inclined to agree but there is no disputing that the Greenwich Meridian passes through the Town and the Council have erected a monument to celebrate the fact.

The line runs north from the Channel coast at Peacehaven, shaving Lewes and East Grinstead in Sussex before heading through the suburbs of south London to the Royal Observatory at Greenwich, where the meridian was first calculated in 1851.

A brass line at the site marks the division between the eastern and western hemispheres and is a popular place for people to be photographed with one foot in each. Visitors do exactly the same thing in Cleethorpes.

The meridian continues north through Leyton and Walthamstow in north- east London to Waltham Abbey in Essex. Then it passes the eastern edge of Royston in Hertfordshire and the western side of Cambridge before crossing the Fens and running up through Lincolnshire, just missing Holbeach, Boston and Louth.

From Cleethorpes it crosses the Humber estuary and the Holderness peninsula before heading out into the North Sea and up to the North Pole, touching no more land on the way.

Only six other countries besides England are host to the Greenwich meridian. It runs down through France (through the City of Le Mans) and eastern Spain (close to Zaragoza), across the Mediterranean and then through four nations in Africa – Algeria (the largest country in Africa – good quiz question), Mali, Burkina Faso and then Ghana before heading to the South Pole. These are the only six countries in the World genuinely in both the East and West hemispheres. 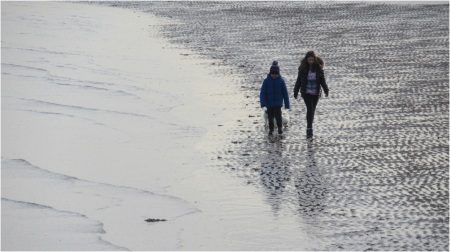 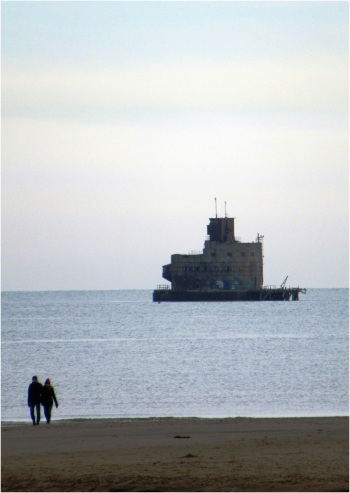