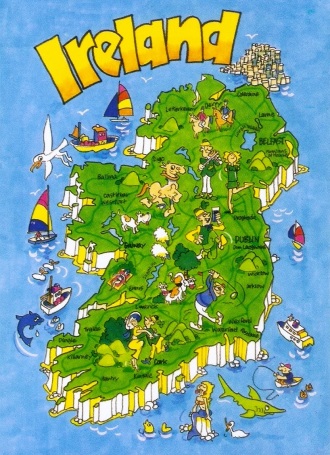 There is a simple pub quiz question that comes up regularly and which I always get wrong.  The question is ‘what is the nearest country to the United Kingdom’ and the answer of course is Southern Ireland or Eire but I always forget about the border with Northern Ireland and blurt out ‘France, it must be France’.

If the Scottish Nationalists ever get their way then there will be two correct answers to the question which is likely to cause a lot of bar-room arguments!

A lot of Scottish people seem to hate us and the Scottish First Minister, the Anglophobe, Nicola Sturgeon, desperately wants a vote in favour of independence. Until quite recently the Welsh used to burn down our holiday homes and the last time I went there I got a speeding ticket which I am convinced was issued only on the basis that I had an English registered car.  So I was a little concerned about visiting a country who apparently regard the English responsible for all their recent disasters from the Irish Famine to the failure to qualify for the Football World Cup!

On a more positive note, although it is a thousand miles away or so, Gibraltar seems to like to retain its British connections even if this is motivated by indecent self-interest! 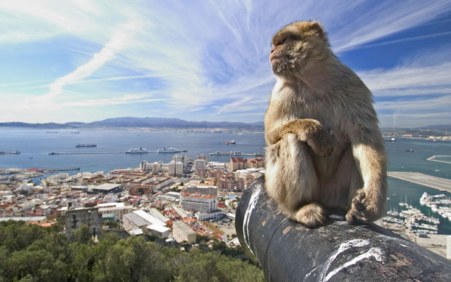 The British Isles are a group of islands off the north-western coast of continental Europe that consist of the islands of Great Britain, Ireland and over six thousand smaller islands. The term British Isles however is controversial in Ireland where there are objections to its usage due to the association of the word British which in terms of Irish history continues to be considered colonialist. The Government of Ireland does not recognise or use the term and it prefers the term Britain and Ireland as an alternative description.  Even the British Lions Rugby team is now rebranded as the British and Irish Lions.

The England Cricket Team has an Irish Captain who refuses to sing the National Anthem which to me means he is simply not eligible!  Previously there has been a Scottish captain, Mike Denness and a Welsh Captain, Tony Lewis who  didn’t have the same problem.  I would say to Eoin Morgan sing or you don’t play and get the appearance money!

In preparation for travel I carried out my usual research and used my favourite benchmarks to try and understand the country that I was visiting. Most impressive is that Ireland is placed eighth in the Human Development Index which means that it is the top ten of the most highly developed countries in the World and before the recent economic crisis it used to be in the top five.  The Index ranks countries by level of ‘human development’ and the statistic is composed from data on life expectancy, education and per-capita gross national income.

The economic crisis has had a negative effect on Ireland’s position in the European Happiness Index however and it is rated at only fourteenth out of thirty which is a very long way behind the United Kingdom but I was interested to see that in a recent poll in the Irish Times that Galway was voted the happiest place to be in Ireland and I was glad about that because that was where we were planning to go first.

Ireland has only two UNESCO World Heritage Sites which, let’s be honest, is a rather poor performance and I would suggest that someone in Dublin needs to start travelling around and making some applications – Australia has got nineteen for goodness sake!  The country also needs to do something about its Blue Flag Beaches because it now only has seventy when a few years ago it had one hundred and forty-two!

But some statistics continue to be impressive and Ireland remains the most successful nation in the Eurovision Song Contest, which with seven wins is higher than all other competitors so who really cares about the economic crisis anyway?

We arrived in Ireland (an hour late thanks to unannouced Ryanair flight rescheduling) at Knock Airport, or Ireland West Airport as it is now known and as we descended the aircraft steps the wind tugged at the buttons of our shirts and the rain stung our cheeks as though we were walking through a swarm of bees.

It turns out that this is a most unlikely airport. The site, on a hill in boggy terrain that is often shrouded in dense fog, was thought by airport planning experts to be hopelessly unrealistic but was built following a long and controversial campaign by Monsignor James Horan who had a sort of evangelical business plan to bring pilgrims to the nearby religious site of the Knock Shrine (more about that later) and who convinced both the Irish Government and the European Union to fund the project.

Perhaps due to Devine Intervention it is now the fourth busiest airport in Ireland after Dublin, Shannon and Cork and we were happy about that because on our quest to visit all of Ireland this provided us with a gateway to the North West.