Travels in Spain, Castles and Fortresses

Finding a castle to visit is not difficult in Spain because, according to the Official Tourist Board there just about two thousand five hundred. For comparison there are eight hundred in the United Kingdom and whilst France claims roughly five-thousand this figure includes a lot of questionable small Chateaux in that number. 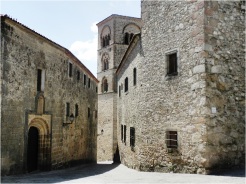 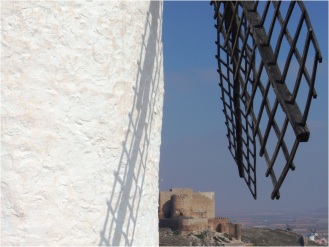 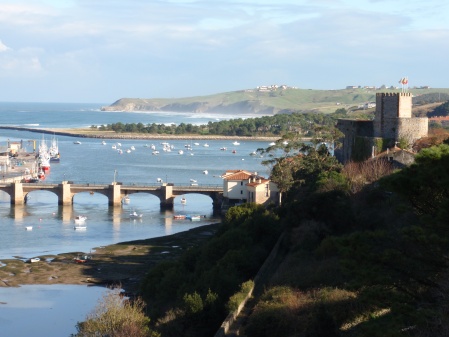 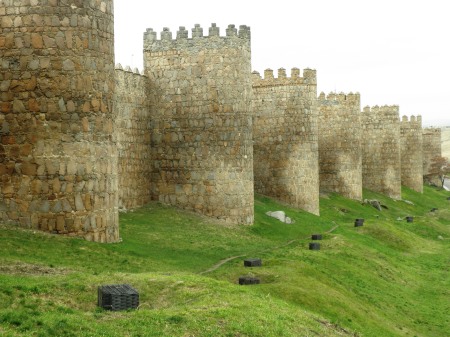 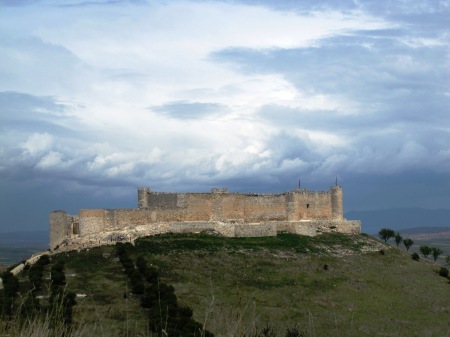 Finding a castle to visit is not difficult in Spain because (according to the Spanish Tourist Board)  there are over two thousand five hundred of them (for comparison there are eight hundred in the United Kingdom)* and in the Province of Guadalajara alone there are one hundred and twenty in a region fiercely contested during the period of the Reconquista.

This was our final day and over breakfast we debated our route options for driving back to the airport at Madrid.  The obvious and most direct route was along the Autovia with perhaps a stop-over in the city of Guadalajara.

Juan, the hotel owner,  asked about our plans and although I couldn’t understand a word of what he said I was beginning to understand what he was saying.  I mentioned the Guadalajara idea and he immediately turned up his nose and shook his head which I interpreted as Juan didn’t think this was such a great idea.  Christine considered this to be a shame because she thought Guadalajara was such a pretty name for a place!

His alternative suggestion was Alcalá de Henares but we had already been there on the day that we arrived so there was no really good reason to go back so I took a look at the map and decided that it might be a nice idea to take the minor road route back as far as Guadalajara before picking up the Autovia and take a gentle drive through La Serrania.

La Serranía is a region in the foothills of the Guadarrama mountains and one of the most sparsely populated regions in Spain so we paid our bill, said goodbye, loaded the car and set off once more on the road towards Atienza and a few kilometres past the abandoned salt mines of Imon we turned and took the scenic route to Guadalajara and we began to realise that despite its proximity to Madrid, just how remote this part of the country is.

The desolate and forbidding landscape rolled away in all directions, north, south, east and west and then we got our first sightings of the wildlife.  Every so often we came across wild deer and then there was excitement as we spotted an Iberian wolf standing handsomely on a craggy outcrop of rock but it promptly disappeared as we slowed down to get a better look and then we saw some activity ahead quite close to the roadside.

These were Griffon Vultures, six of them finishing a feast of something they had either killed or found already dead in the field.  They were absolutely huge, over a metre long from beak to tail feathers and looked like ragged and untidy brigands with shabby jackets of hanging wing feathers and scrawny pink necks but stopping the car alarmed them, I think they had finished their lunch anyway, and they took to the sky and transformed themselves from ungainly beasts to graceful creatures and they departed on their huge three metre wingspans and began to effortlessly climb into the thermal currents above us.

We drove through several villages on the journey until we finally returned to the Henares valley and there in front of us was the magnificent castle of Jadraques.  Now we were on a section of the Camino del Cid because the story of the famous warrior knight is indelibly etched on this region of Spain.

There is no absolute way of knowing if El Cid or his contemporary Alvar Fáñez de Minaya ever really did pass this way but just as at Atienza and Medinaceli there was a quotation from ‘El Cantar de Mio Cid‘ to provide the evidence that he did.  One thing is for sure – if El Cid did turn up at all the locations that claim that he did then he certainly covered an awful lot of kilometres and spent a lot of time in the saddle.  He was probably permanently knackered!

The castle was a little way out of the town on the top of a hill with a very steep climb and when we arrived at the gate we were disappointed that it was closed so we made do with walking around the perimeter and in the serene silence disturbed only by the repetitive call of a cuckoo enjoyed the wonderful views over the surrounding countryside before we climbed back down and found a bar where we stopped for a drink at a pavement table before resuming the journey.

As we drove casually towards Guadalajara and the last stage of our journey we passed the small village of Hita and once past we could see a castle in the rear view mirror so we turned the car around and returned for one last fortress visit.

It wasn’t much of a castle it has to be said, it had been destroyed in the Spanish civil war and restored a couple of times since but there was a sign to say that El Cid had been there (of course he had) and inside the old town walls there was a sleepy and indolent Plaza Mayor where old men sat around chatting, a couple of children skipped through but not a lot of any other sort of activity at all so we wandered aimlessly about for a few minutes and then returned to the car.

We drove effortlessly past Guadalajara, wondering if it might have been worth visiting after all, and then joined the motorway for the final thirty kilometres back to Barajas airport where we dropped of the hire car, made our way through security, had an overpriced airport lunch and waited to be called for the flight back to Luton.

It had been a good few days and we had enjoyed it.