Lincolnshire to Cornwall, The Forest of Dean

On the long drive from our home in Grimsby on the east coast of England to our holiday cottage in Cornwall in the South-West we stopped over for a couple of nights in the Forest of Dean in Gloucestershire.

To put things into some kind of  perspective, four hundred miles is not so far if you live in Australia, just short of driving from Melbourne to Adelaide or in the USA, Phoenix in Arizona to Los Angeles in California.  I live in the UK and like most other people that live here I just think that four hundred miles is a long way!

The UK is the second-least wooded country in Europe and only Ireland has less trees. There are not any forests where we live in Lincolnshire, it is the most treeless county in England where the land is mostly given over to arable farming which produces almost all of the vegetables for the entire country.  According to a recent survey Surrey is surprisingly the most wooded County in England.  The nearest to us, I guess, is Sherwood Forest in Nottinghamshire but there really isn’t much of that left either, Robin Hood wouldn’t be able to hide in it for long these days that’s for sure!

My sister lives in the Forest of Dean and we were staying over with her for the first time.  She lives in Lydbrook, close to one of my favourite towns in England, Ross-on-Wye, and has a lovely house and garden which stretches into the boundary of the forest. 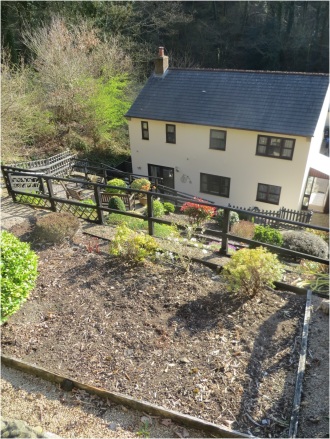 The forest is an area of about forty-five square miles of mixed woodland, one of the few surviving ancient woodlands in England. A large area that was once reserved for royal hunting after 1066 and until quite recently remained the second largest crown forest in England.

Forest Law finally came to an end during the second half of the seventeenth century but by then newly secured enclosures had taken a large bite out of the forests which were also sources of fuel for a rapidly growing population.

The forest was used exclusively as a royal hunting ground by the Tudor kings and subsequently a source of food for the royal court. Later its rich deposits of ore led to its becoming a major source of iron. Forest of Dean timber was particularly fine and was regarded as the best source for building ships.

The navy had, for many years, depended on English forests for their ships. According to legend, the Spanish asked one of their ambassadors during the reign of Queen Elizabeth I to sneak up and set fire to the Forest of Dean, hoping it would give their Armada an advantage.

As England’s navy grew larger and Brittania ruled the waves the need for timber began to seriously pick away at the woodland and from an estimated land coverage of 15% in 1086 as recorded in the Doomsday Book, England’s forests and woods had reduced to just 5% by 1905. 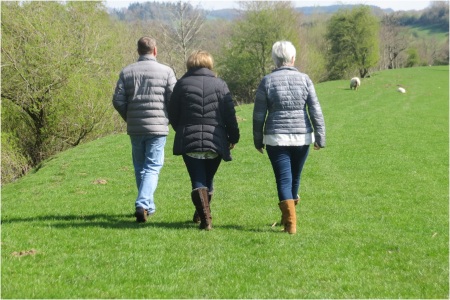 Where did all of these trees go? Well, for example It is estimated it took six thousand trees to build Nelson’s battleship HMS Victory, five thousand of which were oak. There were twenty-seven ships of the line at the Battle of Trafalgar in 1805 so that was an astounding one hundred and sixty thousand trees.  The French and Spanish fleet had thirty-three ships.

In the late nineteenth and early twentieth centuries the Forest was a complex industrial region with deep coal mines, iron mines, iron and tinplate works, foundries, quarries and stone-dressing works, wood distillation works producing chemicals and with a sinuous network of railways but these are all gone now.

The Forest of Dean is not a big forest, the three largest in England are Kielder in Northumberland, The New Forest in Hampshire and Thetford Forest in Norfolk.  Kielder and Thetford are both recent forests both planted in the 1920s as part of a UK project of reforestation following the First-World-War but the Forest of Dean like the New Forest and Sherwood is an ancient forest of medieval England.

We managed a couple of rural walks in the Spring sunshine,  I liked it, a place of retreat and reflection with statuesque trees, pregnant leaf buds and gently shifting branches with brief glimpses of the clear blue sky above, a place deliciously cool and damp with the diffused sun casting mysterious shadows over tiny clearings.

Living in Lincolnshire I don’t get to stroll through forests very often, I mostly walk through wide open fields.  Quite a contrast. 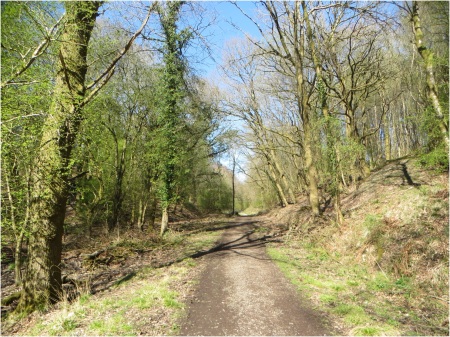