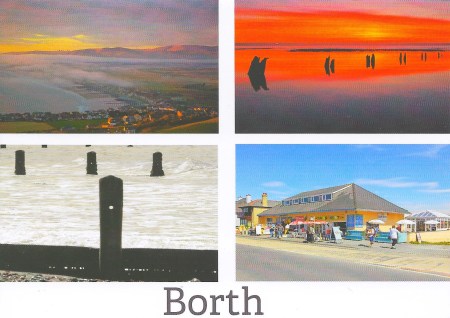 In 1975 I went to University in Wales and over a period of three years spent 90% of my student grant on raincoats, wellington boots and umbrellas.

In 1986 I went to Wales for a holiday to the Hoseason’s Holiday Village in Carnarvon in North Wales and it was so cold and so wet that we gave up on the fourth day, abandoned the holiday and drove all the way back home. I said that I would never go to Wales ever again.

In March this year a good friend phoned me and invited me to go to Wales with him for a week in a caravan in Wales and I agreed.  I had clearly forgotten about the rain. 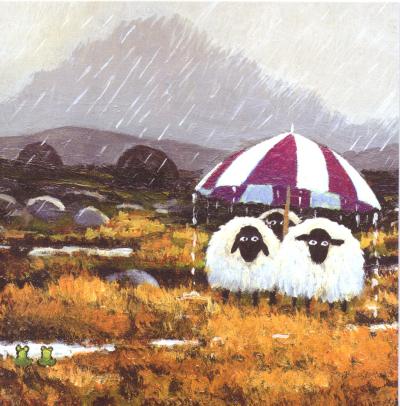 I might not have agreed to go except for the fact that this was at the mid-Wales beach resort of Borth and I remembered going there on a family holiday when I was about ten years old and even though I knew that it was almost certain that it would rain I was interested in returning and the prospect of seeing what it looked like fifty years or so later!

My pal was already in Wales, he had spent the weekend there with another friend and the plan was to meet him in Llandudno on the north coast where we would exchange him like a secret agent on the Bridge of Spies so on the appointed day I set off from my home town of Grimsby and drove through drizzle towards the almost certain prospect of rain in Wales.  If I was a betting man I would have gone to ‘Betfreds’ and put a £ on it!

It was a truly horrendous journey.  It rained continuously.  It rained relentlessly.  Over the Pennines creeping clouds dragged drizzle like a plough over the morose moors. Even the soggy sheep were looking for shelter.  On the motorways around murky Manchester visibility was about two inches, possibly less. Progress was slow.  Then something strange happened and around about Liverpool I left the black clouds behind and by the time I got to Chester the sun was beginning to show its face.

This sort of meteorological phenomenon occurs only about once in a thousand years because normally you drive to Wales in good weather and it rains when you get there, never the other way around.

This was not what I was expecting at all and my spirits soared as I drove to the place of appointed exchange and took possession of my travelling companion and his luggage in a McDonalds car park, an appropriately shifty sort of place to do business.

My travelling companion lives close by to me in Grimsby which is just about as far away from Wales that it is possible to get in the United Kingdom but he remains a true Dragon fire breathing patriot and on the drive south to our caravan accommodation he was keen to take me to the village of Llanystumdwy near Criccieth because there is the grave of the British Prime Minister David Lloyd George.

He grew up here as a young boy and this is where he chose to be laid to rest.  A magnificent spot in a shady glen and overlooking an excitable river with wild water tumbling down over rocks from the soggy mountains inland.  A great boulder marks his grave but there is no inscription. A monument designed by the architect Sir Clough Williams-Ellis surrounds the grave and there is a simple plaque to inform visitors who may not realise who is buried here.

David Lloyd George is the only Welsh man to ever hold the office of Prime Minister, but wait, hold on a minute, although he had Welsh parents he was actually born in Manchester which must surely make him part English?  50% English I would say. This is like the Wales football team at the European Championships.  They did ever so well but a third of the squad were born in England including the three goal scorers in their famous victory over Belgium.  That is why that despite the fact that in Wales (including the 30% English squad) they shamefully cheer when England lose we (the English) by contrast always celebrate a Wales victory!

We left and drove around the west of Snowdonia and Cader Idris and then through the towns of Dolgellau and Machynlleth, where we stopped for groceries and then continued directly to Borth which I was pleased to see hadn’t really changed a great deal at all in the last fifty years since I had been there.

It is not an especially exciting place it has to be said. Tripadvisor lists only lists only six things to do, a list which includes the RNLI lifeboat depot the railway station waiting room, the golf course restaurant and an unlikely zoo.

We checked in, found our caravan accommodation, moved in and settled down for the evening, later I walked to the beach to enjoy the unexpected but most welcome end of day sunshine. 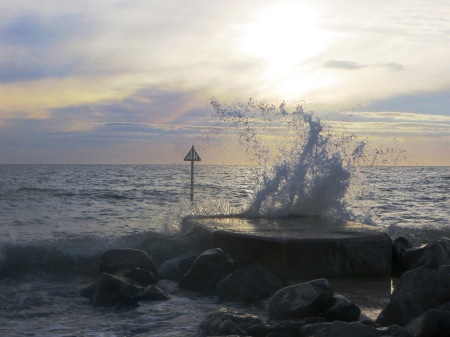