Budapest did not become a single city until the official amalgamation on 17th November 1873 of right-bank Buda and Óbuda together with Pest on the left bank.  This was seen as a supremely symbolic event that marked a union between Western and Eastern Europe and the city became the second capital of Austria-Hungary. 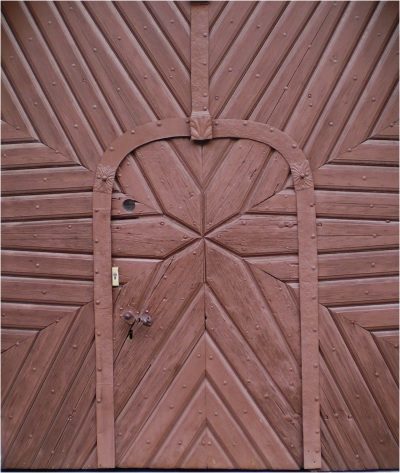 In the morning the weather was disappointing and a heavy mist hung over the city like a damp shroud.

We had a substantial breakfast in the hotel and then went outside into the grey.  Most of the scenic sightseeing is from the heights of Buda so taking this into consideration and gambling on a better day tomorrow we decided to spend our day in Pest.

We thought that a good way to see the city might be an open to bus tour similar to those that we had taken in Barcelona and Dublin so we negotiated a group discount, bought tickets and made our way to the nearest bus stop to wait for the hop on-hop off city bus.

This was surely a good way to observe the city because there is an awful lot to see. Budapest’s extensive World Heritage Site includes the banks of the Danube, the Buda Castle Quarter, Andrássy Avenue, Heroes’ Square and the Millennium Underground Railway.  It has around eighty geothermal springs, the world’s largest thermal water cave system, by some measures the second largest synagogue in the World after Jerusalem, and an indisputable third largest Parliament building. The city attracts nearly four and a half million tourists a year, making it the twenty-fifth most popular city in the world, and the sixth in Europe.

Budapest did not become a single city until the official amalgamation on 17th November 1873 of right-bank Buda and Óbuda together with Pest on the left bank.  This was seen as a supremely symbolic event that marked a union between Western and Eastern Europe and the city became the second capital of Austria-Hungary.  I have speculated on why it became Budapest and not Pestbuda but I am yet to find a convincing explanation, I expect it was probably because the Buda side was where the military muscle was.  This is demonstrated perfectly by the Citadella on top of Gellért Hill.

In the nineteenth century Budapest earned the tag of Paris of the East and sitting on the open top bus as it drove around it was easy to see why.  The yellow route bus tour took us first through the streets of historic Pest.

After the creation of Budapest as one great city, there was a rush of construction and Pest was extensively rebuilt in the image of Vienna, acquiring the main arterial street Nagykörút or Great Boulevard and another Andrássy Avenue which led out to Heroes Square and a great park with magnificent fountains and lakes and all of this frantic reconstruction reached a fanatical peak to coincide with Budapest’s millennium anniversary celebrations of the settlement of the Magyars in the region of 1896.

Today Budapest is widely regarded as one of the most beautiful cities in the world and is considered an important Central European hub for business, culture and tourism. We weren’t expecting this and it certainly took us by surprise and like most other places we were beginning to realise that three days was hopelessly inadequate to appreciate this really fine city.

The only problem with sitting on the top deck of the bus was that it was extremely cold  and after as it made its way first down the east bank of the river and then back along the west I began to hope that it would soon be all over and we would be able to get off and return to a walking tour.  The bus tour is fine for getting around quickly but we did seem to spend an awful lot of time at traffic lights with nothing in particular to see whilst the interesting sites seem to flash by in an instant.

After an hour we left the bus at Margaret Bridge and crossed the busy road to namesake Margaret Island sitting stranded in the middle of the Danube and a recreational park area free from motor vehicles.  We were looking for somewhere for coffee and cake but finding nothing that gained the approval of the girls we left again after thirty minutes or so and made our way to the Hungarian Parliament building on the east bank of the river.

There we found a café that was declared suitable and we were glad to go inside and warm ourselves through after enduring the arctic blast on the open top bus.  Everyone made their selections and because I didn’t want my body to go into heat shock I passed on the coffee and had a Hungarian beer instead.  It was called Szeplötelen, which roughly translates as Saint Mary, Mother of Christ which is a strange name for a beer if you ask me and there was a picture of her on the label enjoying a glass of the brew.

Drinking Hungarian beer I thought it appropriate to have something Hungarian to eat so I selected a pastry called a Flódni which is an apple, walnut, and poppy seed pastry which I was happy to declare a very successful combination.