Lincolnshire to Cornwall, The Wye Valley 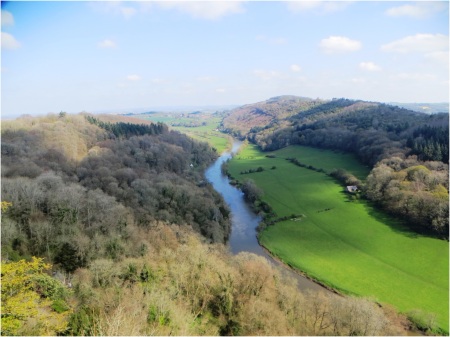 When I was a young boy we used to go quite regularly to Cornwall on family holidays. I last visited Cornwall for a holiday (I have been there since for work) in 1975 when I stayed in a bed and breakfast at Crantock village near to Fistral Beach at Newquay.  On that occasion to get there I drove a route through the Wye Valley, an area of Outstanding Natural Beauty and this time I was keen to replicate the journey.

We were staying with Lindsay (my sister) and Mick in Lydney in the Forest of Dean so this made the quest quite easy to achieve.

I especially wanted to visit two places on the route, Symonds Yat in England and Tintern Abbey in Wales.

We started at Symonds Yat and drove to the visitor centre at Symonds Yat Rock which is a high vantage point with wonderful panoramic views of the River Wye.  The river is the fifth longest in the United Kingdom after the Severn, Thames, Trent and Great Ouse and for part of its course provides the natural border between England and Wales. 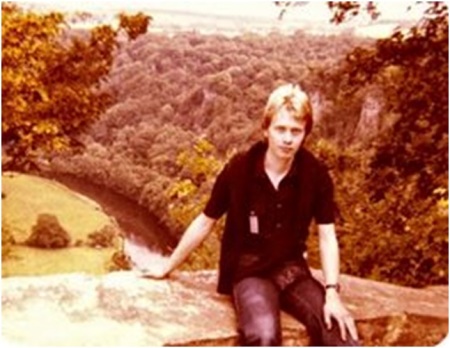 That black shirt was always one of my favourites but it wouldn’t fit me now that’s for sure! 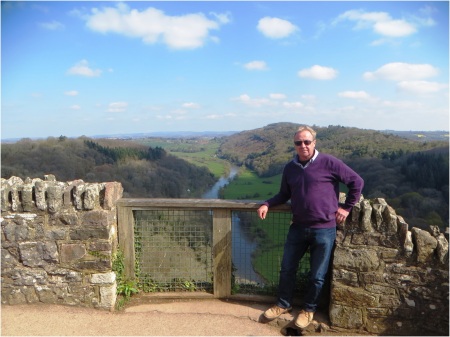 From the visitor centre we followed a footpath through the forest and down to the fast flowing river and then took a gentle walk along the English west bank and back to the car park to the car that we had left there earlier.

From there we drove along the side of the river, along the route of ancient Offa’s Dyke, eventually crossing over the river and moving into Wales.

Some things in life stick in the memory like velcro and for me one of these was my first ever visit to Tintern Abbey.  As the road follows a sinuous course from the north it enters the attractive stone built village and after negotiating several turns quite unexpectedly the Abbey comes into view and rises majestically at the side of the river.  I remember it as a wonderfully powerful WOW moment.  This can never be repeated of course and I was ready for it this time but I still found it to be a special moment.

Now, I might be mistaken but I seem to recall that in 1975 you simply parked the car by the side of the road and just walked into the grounds of the ruined Abbey which was in the middle of an empty farmer’s field but you cannot do that anymore.  The Abbey is managed by the Welsh Government, welcomes seventy-thousand visitors a year and has all of the trappings that can be expected at a tourist attraction; a pay and display car park, souvenir shops, a café selling cream teas and a massive pub and restaurant and a forest of invasive signs. 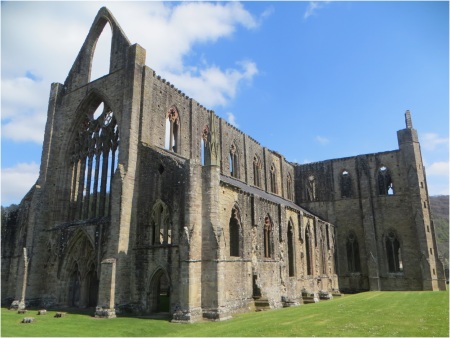 The Abbey cost £8 to go inside which seemed rather expensive so we didn’t bother, we saw what we could from the outside and then went to the pub for lunch instead.

There was more experience that I was hoping for before we left the Forest of Dean and that was to see a wild boar.  These days there are wild boar in several places in England but the Forest of Dean is the easiest and best place to spot them.  They had been extinct in England for four hundred years or so but sometime in the 1990s someone released the boar into the forest and they have flourished in conditions that suit them perfectly (rich, deciduous woodland, agricultural land nearby and the occasional household rubbish bin to raid) and it is estimated that there may now well be almost two-thousand roaming the forest in various sounders, the term for a herd of wild swine.

There is evidence of them everywhere in the forest.  Every few yards, the earth has been gouged up and pushed aside, the undergrowth freshly disturbed. At the base of the beech trees are long, raking scratches where the pigs has ripped over the topsoil, looking for something beneath. Bluebell roots lay limp against the earth where they’ve been pulled up and cut through, and around the base of the larger trees are deep, pale craters, as if the forest had recently been hit by a massive hail storm.

Lindsay is always telling stories of encounters with the animals and we had seen plenty of evidence that they were nearby and all around but so far we had not seen one but then in the evening driving to a pub in a nearby village we spotted a sow with some youngsters quite close to the road and I was happy about that.

And, the following morning as we left the forest on the first leg of our journey to Cornwall we glimpsed sight of a magnificent male beast foraging close to the road.  A lot of people in the forest consider them to be a pest but to be honest we considered ourselves to be very lucky to see them. 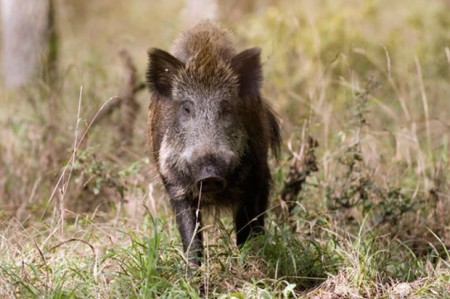