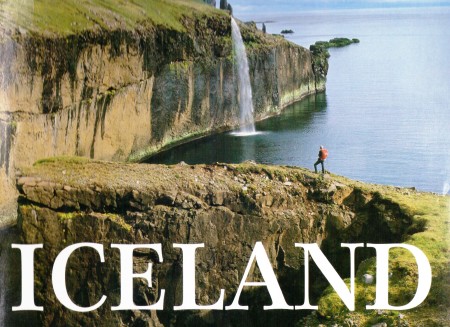 This was a second visit to Iceland and the first since the crash of 2008  so there were some significant changes – mostly financial.

In 2008 the economy bombed, the krona has lost more than half its value.  GDP dropped by 10% in under a year and unemployment hit a forty year high.  Following negotiations with the IMF a massive rescue package of $4.6bn was agreed by a combination of loans and currency swaps from Norway, Sweden, Finland and Denmark.  In addition the little Faroe Islands offered 300m Danish kroner, which was roughly the equivalent of the United Kingdom lending 300 billion Danish krona or 35 billion pounds!  How generous was that.

Six years previously I had found the country horrendously expensive but immediately after the crash the krona lost fifty percent of its value against the euro and even taking into account six years of relatively high inflation, which even now remains high at over 5%, I was rather hoping for cheaper prices this time and I was not disappointed because I estimate that the tourist cost of living was only about 65% of the costs of 2007.

The smugness of 2007 had been completely wiped away and coffee shops, bars and restaurants were now all eager for business and visitors’ money, beer was cheaper, wine was cheaper and food was cheaper.  Hotels were no more expensive than anywhere else in Europe and local businesses were keen to accommodate visitors.

One place that wasn’t cheaper was the ludicrously overpriced ‘Blue Lagoon’ and I would recommend visitors to Iceland to definitely give this overrated attraction a miss. Since our last visit to Iceland in 2007 the cost of everything seemed to have become more reasonable but the entrance fee to the Blue Lagoon had rocketed from €20 to €34 and that was only for the standard winter entrance which rises to €40 in the summer and which includes no more than an hour or so in the water.  At the premium end of the scale of charges is the luxury experience which costs a whopping €430 – EACH!  The Blue Lagoon boasts about four hundred thousand visitors a year so this place is making serious money.

And talking of rip-offs visitors should also beware of car hire scams.  Unfortunately hiring a car on line is as big a financial minefield as booking a low cost flight with a range of confusing add ons and exclusions all designed to generate additional revenue.  Sixt have come up with a brilliant wheeze.  I thought that I had purchased fully comprehensive insurance but the desk clerk told me that the cars suffered so many stone chips because of the gravel roads in Iceland that this had now been excluded and could be purchased at an additional cost of €9 a day under the description ‘gravel damage’.

Then it became almost surreal when he explained that further cover was available at €10 a day for volcano damage.  Volcano damage  – WTF? Upon enquiry he told me that if a volcano explodes it can generate enough heat to strip the paint off the car and that this was not covered either.  Well, I considered this for a moment and came to the conclusion that if I was close enough to an exploding volcano for it to strip the paint off the car that I was likely to be in a lot of trouble and great personal danger and the last thing that I was going to be worried about as I was surely burnt to a cinder and my flesh was stripped from my blackened bones was the condition of the paintwork on the hire car, so I declined the offer to purchase the additional cover. 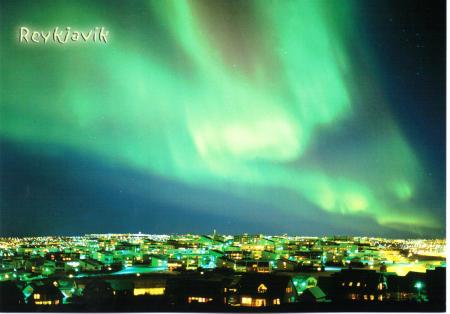 As a postscript to this point I would like to point out to Sixt car hire that as we drove around over the next few days I didn’t see a single car stripped down to bare metal so I have come to the inescapable conclusion that volcano damage insurance is a complete con.

But I/we did enjoy Iceland, we had a nice hotel, found an excellent restaurant (Harry’s Bar), drove the Golden Circle  and on the final night got to see the Northern Lights just as we had given up all hope of seeing the spectacular light show.

I am tempted now to return to Iceland, maybe in June and experience the midnight sun but this time I would miss Reykjavik because I have been there twice now and seen all that there is to see but I think I would hire a car (perhaps not from Sixt) and circumnavigate the island, that would be about one thousand, five hundred kilometres but I am guessing that this would be a wonderful experience. 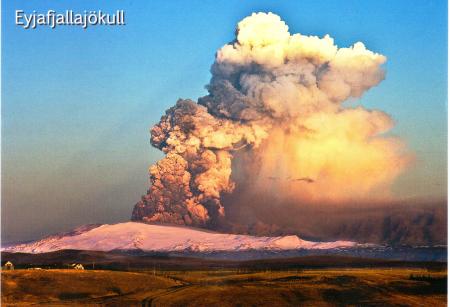 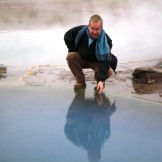 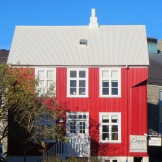