Age of Innocence – 1961, The Berlin Wall and Emma Peel 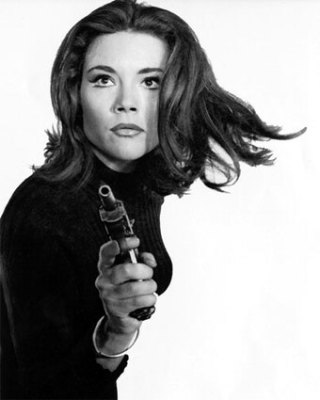 Emma Peel was my first fantasy pin-up and I used to scour the television magazines and newspapers for pictures of her that I cut out assembled into a scrap book of cuttings that I carried with me at all times.  Once (about 1966, I guess) some school pals happened to mention this to the English teacher, Mr Howe, who demanded sight of the book and immediately confiscated it for a couple of days.