Tag Archives: The Birds of Shakespeare

The European Starling was introduced into North America in the 1890s, and quickly spread across the continent.  It is a fierce competitor for nest cavities, and frequently expels native bird species and is therefore widely regarded as a pest and has been blamed for a decline in indigenous bird populations, especially the infinitely more attractive Bluebird.

The Sparrow and the Starling together with the Pigeon are the only three unprotected bird species in North America, they are all introduced and there are more of them than all the other birds put together.

The European Starling is resident in the US because in 1890, a wealthy American businessman called Eugene Schieffelin introduced sixty Starlings into New York Central Park and then another forty the following year.  In doing so he radically and irreversibly altered America’s bird population because today European Starlings range from Alaska to Florida and even into Mexico and their population is estimated at over two hundred million.

Schieffelin was an interesting man who belonged to the Acclimation Society of North America, a group with the seemingly laudable, if misguided, aim of aiding the exchange of plants and animals from one part of the world to another.  In the nineteenth century, such societies were fashionable and were supported by the scientific knowledge and beliefs of an era that had no way of understanding the effect that non-native species could have on the local ecosystem.

Actually, in his defence, some recent revisionist thinking has concluded that the introduction of the Starling was perhaps not as devastating has had previously been suggested and one thing is certain and that is that is was not nearly so thoughtless as the introduction of the European rabbit to the continent of Australia in 1859 by a certain Thomas Austin who wanted them there to satisfy his hunting hobby.

The effect of rabbits on the ecology of Australia has been truly devastating and entirely due to the rabbit one eighth of all mammalian species in Australia are now extinct and the loss of plant species is at present uncalculated. They have established themselves as Australia’s biggest pest and annually cause millions of dollars of damage to agriculture. The introduction of the rabbit was an ecological mistake on a monumental scale!

Similarly the humble hedgehog to the Hebrides Islands in Scotland. The prickly interlopers were introduced in 1974 in a misguided act of biological control of slugs and snails. As the numbers of hedgehogs spread across these islands, so the breeding success of many of the internationally important populations of wading birds decreased. A link was made – hedgehogs are partial to eggs, and these hedgehogs were emerging from hibernation just as the birds were laying a smorgasbord of eggy delight. Now the UK Government spends thousands of pounds of taxpayers money trying to eradicate them.

When he wasn’t tinkering with the environment Eugene Schieffelin liked joining clubs and societies and his obituary in the New York Times in 1906 listed his membership of The New York Genealogical and Biographic Society, The New York Zoological Society, The Society of Colonial Wars, The St. Nicholas Club, the St. Nicholas Society and the Union Club of New York which in the 1870’s was generally regarded as the richest club in the world. Obviously Schieffelin had too much money and too much time on his hands!

There is an alternative story behind the introduction of the European Starling. It is said that Schieffelin belonged to a group dedicated to introducing into America all the birds mentioned in the complete works of William Shakespeare because they they thought it would be nice to hear the sound of the poet’s birds warbling their old world songs on the tree branches of America. If this were true he must have been unusually familiar with the works of the Elizabethan bard because Shakespeare’s sole reference to the starling appears in King Henry IV, part 1 (Act 1, scene 3): “Nay, I’ll have a starling shall be taught to speak nothing but ‘Mortimer.’”

As well as the Starling Schieffelin was also responsible for introducing the House Sparrow, which was released into Brooklyn in New York in 1851 and by 1900 had spread as far as the Rocky Mountains and is today common across the entire continent. The sparrow too is regarded as a pest as it is in Australia where it was introduced at roughly the same time, paradoxically as an experiment in pest control.  How badly wrong can an experiment go I wonder?

Schieffelin wasn’t always successful however, probably just as well, and his attempts to introduce bullfinches, chaffinches, nightingales, and skylarks were not successful.

I have told you before about my Dad’s schoolboy notebook about birds, well, this is his Starling page… 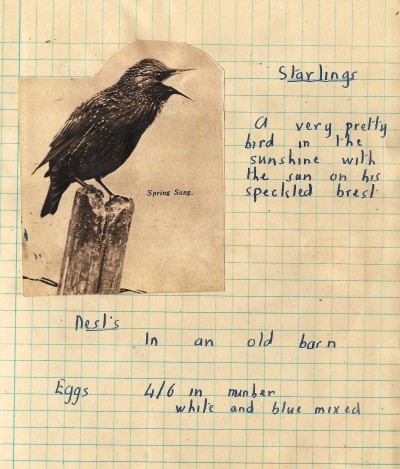 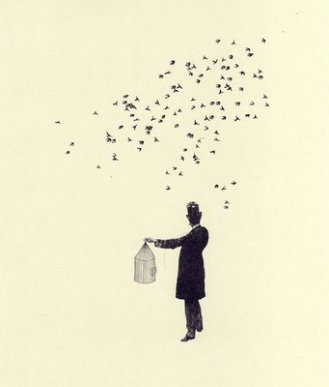 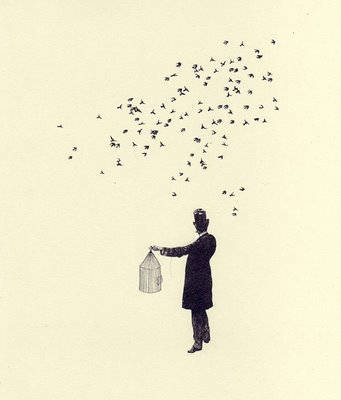