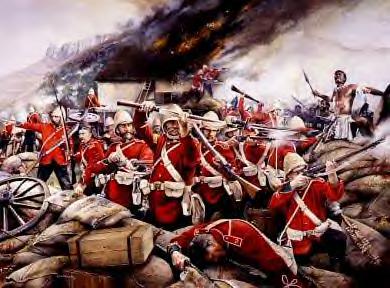 Zulu has to be one of my favourite ever films because it was one of the first grown up films that I was ever taken to see at the cinema.  As I have explained elsewhere my Dad was fond of anything military or heroic and stories don’t come much more heroic or military than this.

These are the facts: On 22nd January 1879 the Imperial British army suffered one of its worst ever defeats when Zulu forces massacred one thousand five hundred of its troops at Isandlhwana in South Africa.  A short time after the main battle a Zulu force numbering over four thousand warriors advanced on a British hospital and supply garrison guarded by one hundred and thirty nine infantrymen at Rorke’s Drift.

The film tells the true story of the battle during which the British force gallantly defended the hospital and in doing so won eleven Victoria Crosses, which is the most ever awarded for one single engagement. The film takes a few historical liberties but it remains one of my favourites and of course I have a copy of it in my own DVD collection. 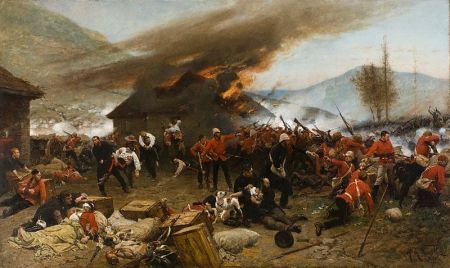 Talking about historical liberties what I find interesting is that if you buy the DVD now, Michael Caine is billed as the star but if you watch it Stanley Baker had top billing and he was the film’s producer as well, the film simply introduces Michael Caine in his first big film role.  That’s how easily history is rewritten.

I like battle films and perhaps could have chosen ‘Waterloo’ or ‘The Charge of the Light Brigade’ but the fact is that none of these comes close to the dramatic impact of ZULU!  Later that year dad bought the Zulu soundtrack LP for Christmas to play on our new record player. I’ve still got it but I don’t play it any more.  I’ve also got dad’s book on the Zulu wars and his favourite Royal Doulton water colour painting of the defence of Rorke’s Drift. 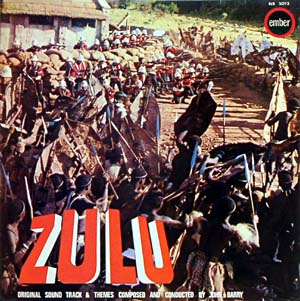