People Pictures – I Love Myself

Another of Kim’s People Pictures, this one spotted in the Spanish seaside town of Villajoyosa… 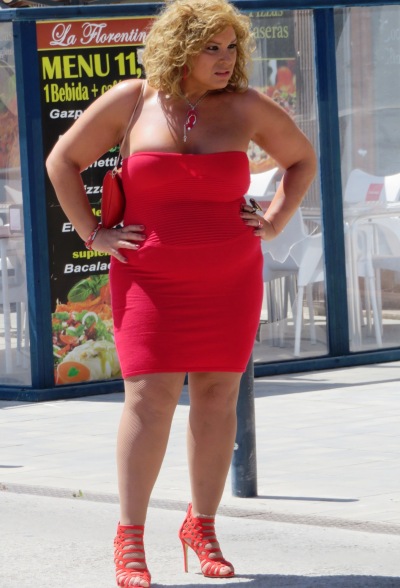 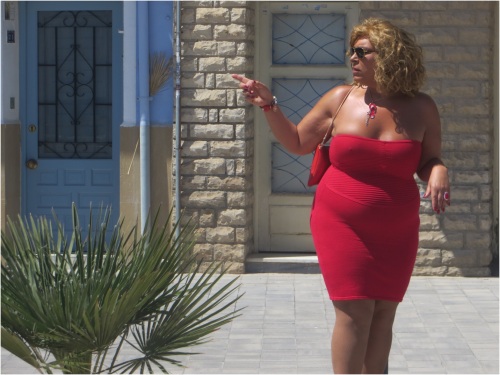 I liked this one for the way the colour of the washing compliments the shades of the building.

Villajoyosa is a wonderful place, an ex-fishing town, now a Spanish holiday resort of coloured houses with twisted rusting balconies with rattan blinds decorated with overloaded washing lines and pot plants gasping for water, all looking longingly out to sea. It reminded me of Burano in Venice, Cinque Terre on the Italian Riviera and of Milos in the Greek Islands.

It is a Challenge. Do feel free to join in…

“They that wash on Monday have all the week to dry…”  – Victorian advice on housekeeping routines set in stone the idea that Monday should be wash-day, so that everything could be dried, pressed, aired and folded well before Sunday, the day of rest and clean clothes.

This impressive line of washing was in Villajoyosa near Alicante in Spain.  The woman has done a good job and has earned her siesta… 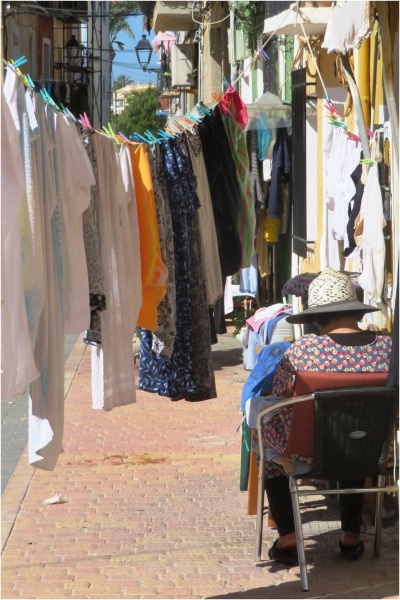 It is a Challenge, do feel free to join in… Villajoyosa is a wonderful place, an ex-fishing town, now a Spanish holiday resort of coloured houses with twisted rusting balconies with rattan blinds decorated with overloaded washing lines and pot plants gasping for water, all looking longingly out to sea.  It reminded me of Burano in Venice, Cinque Terre on the Italian Riviera and of Milos in the Greek Islands. 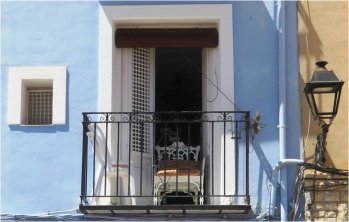 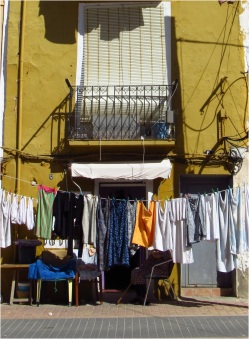 Travels in Spain, The Colours of Villajoyosa

The Costa Blanca is a stretch of coastline in the south east of Spain which is famous for attracting millions of visitors every year from Northern Europe.

The Spanish don’t mind that most of these visitors go to resorts like Benidorm or Torrevieja because there are others that they seem to keep exclusively for themselves.

One of these is Villajoyosa in between Benidorm and Alicante and after we had left the holiday hot-spot of Benidorm, all glass and steel and gleaming in the sunshine like a giant pin-cushion, we quickly passed from turismo to tradicional and called in on its nearby neighbour, just twelve miles or so away to the south from the Bling of Benidorm for a quiet afternoon stroll.

Villajoyosa is a wonderful place, an ex-fishing town, now a Spanish holiday resort of coloured houses with twisted rusting balconies, rattan blinds and decorated with washing lines and pot plants looking longingly out to sea and which reminded me of Burano in Venice, Cinque Terre on the Italian Riviera and of Milos in the Greek Islands.

Gaily coloured houses that rub shoulders with each other and jostle for colour bragging rights that can be seen from way out at sea and which carefully guide fishermen home after a night working at sea, or so the story goes.

After finding a parking spot we walked along the side of Rio Amadorio, the water barely a trickle today, robbed on its way down from the mountains for irrigation, then through the narrow streets of pastel coloured houses decorated with pots of shrubs and Mediterranean flowers and on to the sweeping beach arching like a Saracen’s sword and a long walk along a fine promenade flanked on one side by the houses and the other by the crisp sandy shore.

It was a delightful place, close to Benidorm but a million miles away.  The combination of quaint old buildings with multi-coloured facades crowded into a labyrinth of narrow streets, a lively fish market selling off the daily catch and its pretty location on the mouth of a river by a sweeping caramel beach were all enough to further convince me that the east coast of Spain has a lot more to offer than I had ever previously realised.

The name Villajoyosa means city of joy and I can understand why – it is impossible not to feel happy here!

I realised that this was the Spain I am always hoping to find but don’t dare count on. Old men sat in the street playing drinking wine, women hanging out their washing on their balconies and keeping an eye on the menfolk below, children and dogs played in the squares and cats wandered aimlessly around.  I have been searching for real Spain in Castile and Andalucia and Extremadura and I found a slice of it here in Valencia which was most unexpected.

A bright yellow house leaned against a blue house with a bright green neighbour, across the street was a a red house and made the colour palette complete. A stroll through Villajoyosa old town in the sunshine certainly requires sunglasses. Anyone care to take a guess what this is all about…

And just how do they manage to paint these houses? 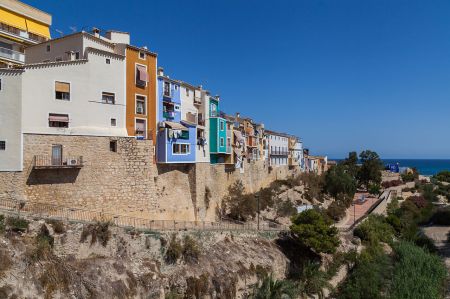