On This Day – Leyburn and Middleham in Yorkshire

Even though travel restrictions are easing I am not yet minded to risk it so I still have no new stories to post so I continue to go through my picture archives and see where I was on this day at any time in the last few travelling years. 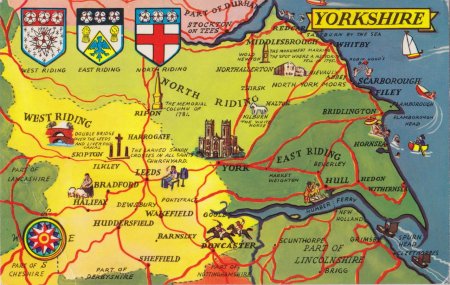 Middleham describes itself as a township, smaller than a town but bigger than a village and it is a very fine place. Less frantic than other towns in Wesleydale but blessed with history and a magnificent castle, almost as big as the town itself. We parked the car and found a pub for lunch called ‘Richard III’.

Richard III was the last Plantagenet and House of York King of England, the last King of England killed in combat, at the battle of Bosworth in 1485, and succeeded by the victorious Henry Tudor of the House of Lancaster.  Before he became King in 1482 he lived for a while in the castle here in Middleham. 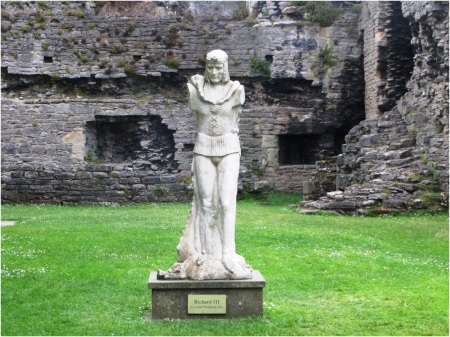 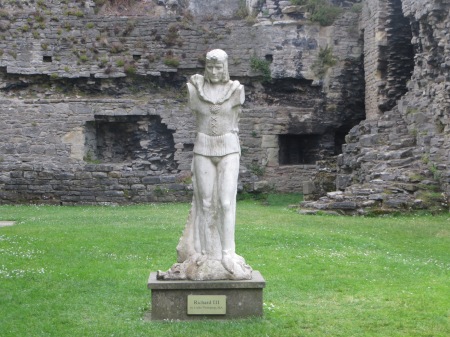 “Now is the winter of our discontent
Made glorious summer by this sun of York.”
William Shakespeare – Richard III, Act 1 Scene 1

The following morning we drove once more to Leyburn and this time the chocolate factory workshop was open so we spent a full morning there while the children made chocolate pizza and Kim and Sally drank coffee and ate chocolate cake.

Next we drove to the town centre which was horribly busy once more and after we had secured a much prized parking place I gave in to the demands of the others and visited the shops.  Actually, I rather liked the shops in Leyburn  and the reason for that was that there were none that I recognised.

Usually in England every town has the same shops, there is practically no individuality in the town centres.  Every shop that I can expect to find in my home town can be found anywhere else. 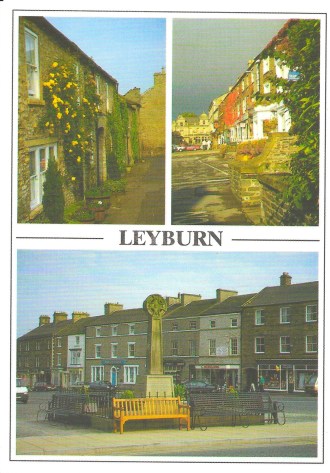 These are not shops that interest me a great deal in Grimsby where I live so it was completely unlikely that they would do so elsewhere.  To make it worse, in a typical English town there is an over-supply of banks, building societies and pay-day loan money lenders and the trouble with financial service providers is that they simply cannot make their window displays interesting and except for a different logo all they can display is a list of lending and savings rates most of which are exactly the same anyway.

This, I am happy to report was not the case in Leyburn where there were an abundance of traditional shops owned and run by local traders and I rather enjoyed an hour or so looking around.  Please don’t spread that around too much, it might get back to Kim.

In one shop we were invited to choose a white rose from a basket because today, as it turned out, was ’Yorkshire Day’.

Yorkshire Day is 1 August to promote and celebrate the historic English county of Yorkshire.  It all began in 1975 started by the Yorkshire Ridings Society, initially in Beverley, as a protest movement against the Local Government re-organisation of 1974 which effectively dismantled the historic old County.

The White Rose County of Yorkshire is the largest in England and for administrative convenience was once divided into Ridings, North, West and East, but no obvious fourth and I wondered why?  Well it turns out that there is a simple explanation because the word Riding is derived from a Danish word ‘thridding’, meaning a third. The invading Danes called representatives from each Thridding to a Thing, or Parliament and established the Ridings System.  I rather like the idea that Parliament is called a Thing! I have heard it called worse.  To this day, Yorkshire consists of three Ridings, along with the City of York, and that’s why there is no fourth, or South, Riding.

Quite a few English Counties have a celebration day, it seems to be a modern thing to do.  Hampshire is 15th July, Suffolk is 21st June but in both cases for no specific reason that I can see.  My County of Lincolnshire has chosen the 1st October which celebrates a Catholic rebellion against the reforms of Henry VIII in 1536.  A look through the list leads me to think that most dates are chosen at random except perhaps for Northamptonshire.  25th October is the feast dates of Saint Crispin, the patron Saint of cobblers and Northampton is famous for making boots and shoes.  The local football club is called ‘The Cobblers’.

Further afield, Melbourne Day in Australia is 30th August and celebrates the founding of the city in 1835.

After some shopping for essential supplies (beer, wine and cracker biscuits for the over-supply of Wensleydale cheese after the previous day’s visit to the dairy) we left Leyburn and carried on to nearby Middleham. 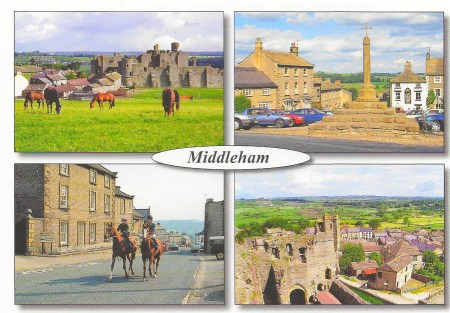 Middleham describes itself as a township, smaller than a town but bigger than a village and it is a very fine place. Less frantic than other towns in Wesleydale but blessed with history and a magnificent castle, almost as big as the town itself. We parked the car and found a pub for lunch inevitably called ‘Richard III’.

Richard was the last Plantagenet and House of York King of England, the last King of England killed in combat, at the battle of Bosworth in 1485, and succeeded by the victorious Henry Tudor of the House of Lancaster.  Before he became King in 1482 he lived for a while in the castle here in Middleham.

Thanks to William Shakespeare poor old Richard is mostly remembered as a bad man and an evil King who got what he deserved at the battle of Bosworth but history is now beginning to revise this judgement following the discovery of his bones in an unlikely burial place under a public car park in my home town of Leicester, interestingly no County Day yet surely it has to be the day they found his bones on 25th August. 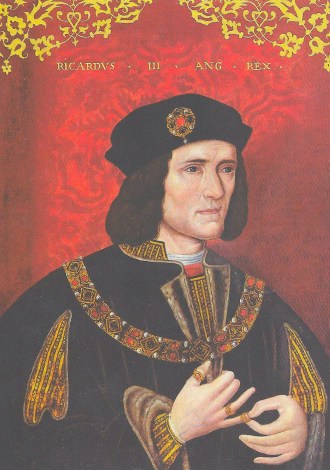 Yorkshire demanded that he should be immediately returned to York for a final decent burial but the discoverers held firm and he now lies in the Cathedral of his adopted County of Leicester.

Leicester has laid claim to Richard III. Some people claim that this is significant.  Leicester City are a football team in England who have never really done anything spectacular.  In 2014 they were playing badly and looked likely to be relegated from the Premier League but after the bones of Richard were found they suddenly began to play like champions and in the following year won the English Premier League.  The reversal of fortune has been attributed by some to Richard III and though it is unlikely it is such a good story that I really want to believe it.

Although Leicester is a large city in the UK there are only three places in U.S.A. named after it, in Massachusetts, North Carolina and Vermont.  As far as I can see there is no Leicester in Canada or in Australia.   Perhaps it is too difficult to pronounce correctly?

After lunch we walked to the castle.  Between us there were mixed opinions about paying the entrance fee but with my new castle enthusiast pal, William, eager to climb the battlements everyone finally gave in and we went inside.

It was once a massive castle, one of the biggest in Northern England built on a site previously garrisoned by both the Romans and the Normans and deep within the labyrinth or towers and walls is a statue of Richard III and for those who say he was evil he looked arm less enough to me! 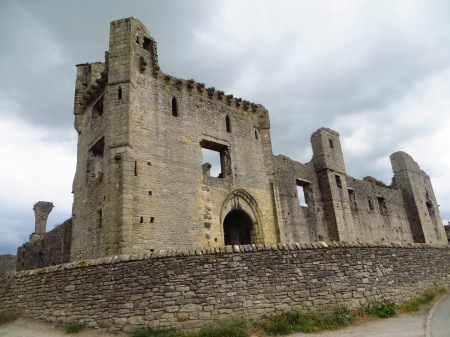 Another from my lead soldier collection, this is Sir John Cheyney, bodyguard to Henry Tudor who is said to have brought down King Richard with his lance… 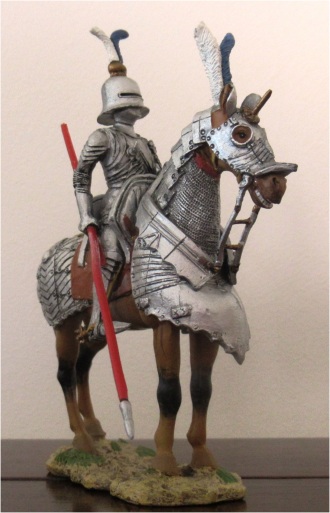