Around the Island of Corfu 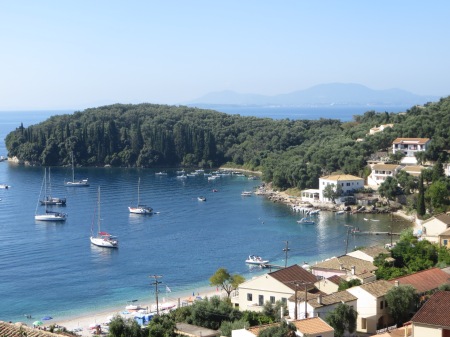 ”…the little bay lies in a trance, drugged with its own extraordinary perfection – a conspiracy of light, air, blue sea and cypresses” – Lawrence Durrell

I have been to the Greek Island of Corfu several times, I have stayed at the village of Kalami (above) several times but this didn’t stop me going again and we travelled on this occasion with our good friends Mike and Margaret.

I first visited Corfu thirty-five years previously and spent a couple of days driving around the island and secretively I had a plan to do so again this time and see what changes there have been over the years.

From the picturesque Kalami Bay we headed first to the north of the island to the fishing village of Kassiopi where we stopped for breakfast by the waterside.  We were following in the footsteps of visitors more famous.  I am not just talking about the Durrell’s of Corfu because according to legend, the Ancient Greek hero Odysseus stopped here for a while, the Roman Emperor Tiberius built a villa nearby and the King of England Richard the Lionheart dropped in on his way home from the Third Crusade shortly before he was captured and held to ransom.

In 1984 I had stopped for lunch in Kassiopi and by using the castle as a point of reference I am almost certain that I found the very taverna.  More shops and bars of course but the harbour was the same and the Byzantine castle still stood standing proud above the village. 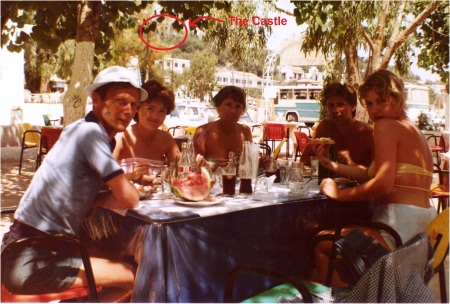 After a Greek breakfast we walked along a cliff top path with good views across the sea to nearby smoky Albania.  Below us boats were gently swaying in the whispering breeze and gently resting on a multi coloured sea which was butter milk cream over the wave polished stones, vivid blue over the caramel sand and imperial purple over the swaying weed.

I liked Kassiopi in 1984 and I liked it again today. 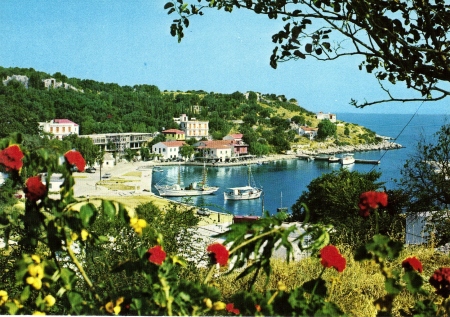 From Kassiopi we drove west now along the north coast of the island until we arrived at the village of Roda.  Before the tourist boom I am told that this was a sleepy little place with a cluster of showily brilliant cottages surrounding a tranquil village square but it is quite different today as British pubs and bars compete for business and tattooed holidaymakers decorate the rather untidy beach.

I couldn’t remember Roda especially well and I am not that surprised because to be brutal there is not much to recommend it unless you want an all day English breakfast or a pint of Guinness in the Irish Bar so we didn’t stay too long but continued our drive to Sidari. 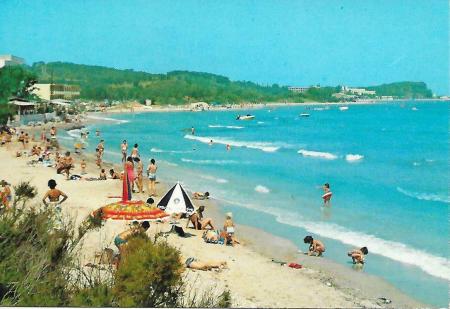 Sidari is famous for its erosion sculptured red sandstone cliffs and I remembered these well enough but even so these looked rather different today from the picture in the postcard below and I couldn’t find this arch anywhere so can only assume that over the intervening years it has been swept away by the sea.

In 1984 Sidari was a quiet, almost remote place, with a dusty main street with only a handful of tavernas and shops off the main road but today it is one of the liveliest places on the island and a favourite with youngsters. 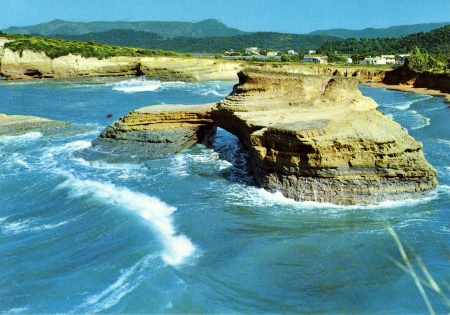 We walked along a beach adorned with white umbrellas like upturned scallop shells each sheltering a pale creature from another land in the north who had come here in search of the sun but now retreating from its remorseless intensity. Someone should have told them to check the weather forecast before renting a sunbed today because rain was on the way.

All along the beach there are tavernas and bars all looking for customers and the good thing about competition is that this drives the prices down so we picked one out and had a very good value beer and a gyros and finished eating just as we felt the first spots of rain. 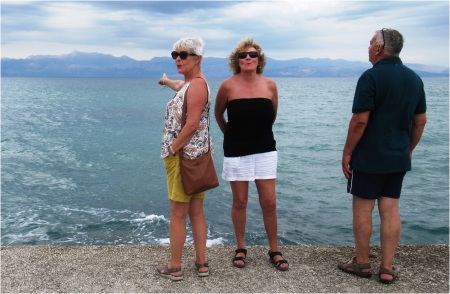 The drive back in the downpour was something of a challenge on a difficult potholed road surface but thankfully I wasn’t in the driving seat and Mike skilfully negotiated the conditions and got us back safely just as the rain was easing and blue skies were starting to reappear.

As the rain cleared the view from the balcony was magnificent, the green sweeping hills, the sea in its multi coloured splendour and the bleached beach, a crescent of sparkling shingle.  We watched as the day visitors packed their belongings and left as darkness descended, the raucous chant of the cicadas was replaced by the spooky whistles of the Scops Owls and the twinkling lights of the sea front tavernas began to illuminate the edge of the beach inviting diners to drop by like candles attracting moths.

We selected a taverna and chose several plates of Greek traditional dishes and sat by the water’s edge next to the sea, lit up now by a copper moon, a bottomless ink black and silent but for the sound of the occasional wave caressing the polished pebbles.

As I looked across to the White House I imagined Lawrence Durrell sitting on his balcony and enjoying exactly the same view while searching for literary inspiration and discovering himself. 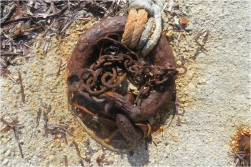 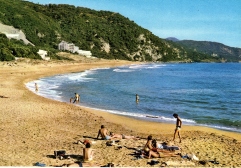 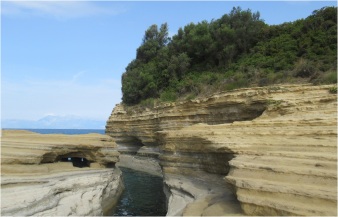 14 responses to “Around the Island of Corfu”