On This Day – Haugesund in Norway

On 12th January 2011 we took a post Christmas break to Norway.

“‘That’s an outrage’ I said, clutching my receipt like bad news from a doctor. ‘I don’t know why I don’t just pin money to my jacket and let you people pick it off me!’” -Bill Bryson – ‘Neither Here Nor There’

One part of Europe that we have so far missed out is Scandinavia so with January Ryanair weekend flight bargains to Norway, Sweden and Denmark this was the perfect opportunity.

There were a lot of destinations to pick from and after comparing all the options we finally choose Norway. We decided upon Haugesund, a city on the North Sea coast in between the two better known destinations of Bergen to the north and Stavanger to the south.

One of the reasons that we have tended to avoid Scandinavia is because of the notoriously high cost of living and the lofty prices relative to southern and eastern Europe but with flights at just £12 return we calculated that we could afford a couple of days of sky high northern European alcohol and restaurant prices without too much pocket pain.

With budgets in mind the search for a hotel produced the highly recommended four star Clarion Collection Hotel Amanda situated right on the waterfront and at £110 a night all inclusive including evening buffet that seemed just about perfect so we had no hesitation in booking the room.

On the day of departure and anticipating low winter temperatures we packed appropriately because Haugesund is just slightly further north than the Orkney Islands so we were expecting cold weather. And with alcohol prices in mind we left space for a three litre carton of red wine from the duty free shop at Stansted airport! 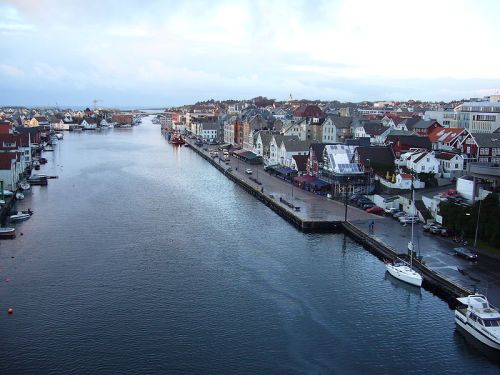 It was a lunch time flight and with the one hour time difference we landed at Haugesund airport on the nearby island of Karmøy at half past four where due to the high northerly latitude of 59º it had already been dark for over an hour.

I am fairly certain that Ryanair weren’t making a big profit out of this flight because there were only forty passengers on the plane which was probably a good indication that Norway in mid January is not a popular tourist destination.  Once through passport control thirty-seven got on the bus for the three hour journey to Stavanger which was an even bigger clue that Haugesund is not a regular itinerary as a tourist destination.

After a short wait the bus driver finally conceded that there were no more passengers and set off along heavily salted roads with piles of cleared grit stained snow and ice piled up on either side. We could see the lights of the city ahead and a ring of snow streaked mountains in the background and soon the bus passed out of the bleak countryside and into the streets of Haugesund and after just a short wait at the main bus station the driver obligingly went off route to drive us to our hotel down on the waterfront. 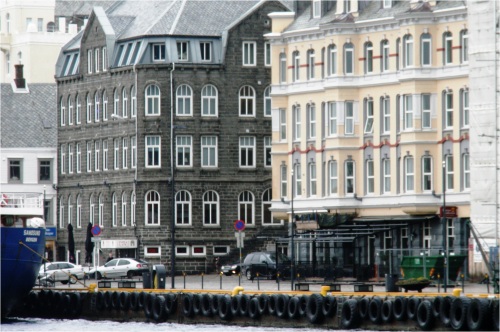 The Hotel Amanda was warm and welcoming with a log fire burning in reception and as Haugersund is home to the annual Norwegian film festival the whole place had a movie theme with appropriate memorabilia and every room named after a famous film.

We would have liked the Gladiator suite but we were allocated Shane, named after the 1953 Alan Ladd western, which although not as exciting as Ben Hur or Spartacus was better than the Rosemary’s Baby room on the opposite side of the corridor. 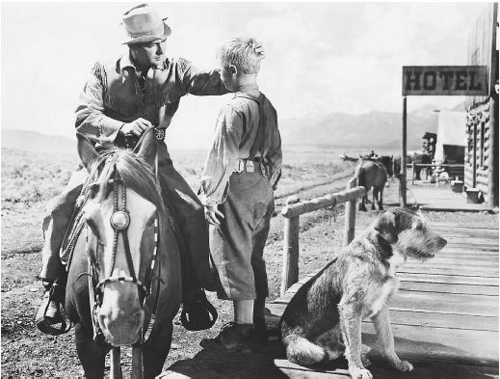 That reminds me, a few years later I was staying at the Thomas Paine Hotel in Thetford in Norfolk and got to stay in the Ronald Reagan room…

In the hotel dining room there was a help yourself waffle maker so we tried that and a glass of the duty free wine and as we sat in the window it began to spit with rain and soon it was coming down really hard driven into shore by a raging wind off the North Sea. We attempted a short walk but it was that sort of hard driving rain that a cheap umbrella cannot possibly protect against and after only a few yards our coats and trousers were getting soaked so we were forced to abandon any thoughts of evening exploration and return to the hotel where we sat in the room drinking wine and listening to the rain pouring down outside.

And there were more price shocks to come when we investigated restaurant prices from a menu left in the room presumably for humorous entertainment. With a green salad at 150 krone(£12) and a main meal an average of 300 (£25) it was obvious that dining out would be a pricey business so we were grateful therefore that the hotel rate included an evening buffet which although not very thrilling at least it wasn’t a wallet busting experience.

As we dined the weather got worse as the rain turned to sleet and then to snow, back to sleet again and then full circle back to driving rain and when we finally went to bed we began to wonder how we might entertain ourselves for two days in Haugesund if it was going to continue like this.

46 responses to “On This Day – Haugesund in Norway”