After fish and chip lunch at Aberystwyth we returned early to Borth because we knew that this was the right time for low tide and we wanted to see the submerged Bronze Age forest which, thanks to the restlessness of the sea, can only be seen once a day.

There is something primeval and bleak about Borth.  Something essentially Welsh. Fishermen’s cottages alongside Victorian grand houses. None of them used now for their original purpose.  A barren, soulless ribbon of houses and small shops, a community built at the side of a road along a storm beach overlooking a vast bay punctuated by decaying wooden groynes and lapped in Summer by an endless sequence of lazy rollers but in Winter lashed by frantic Atlantic storms.

The submerged forest is a prehistoric woodland, an eerie landscape of preserved trunks of hundreds of oak, pine, alder and beech trees that died more than four and a half thousand years ago and which has been revealed by the ferocious storms of 2010 which stripped thousands of tons of sand from beaches in Cardigan Bay.

The shin-high stumps were once part of a forest that before rising sea levels stretched for many miles on boggy land between Borth and Ynyslas and covered the whole area before it turned into a peat bog and was eventually overwhelmed by sand and seawater.  They have been miraculously well preserved due to the conditions in the bog which are deprived of oxygen and have a high alkaline level.

Lucky probably because if people had found these two hundred years ago they would no doubt have chopped them up and burnt them on a fire.

This was absolutely wonderful, we walking in a place where our ancestors lived thousands of years ago and here’s a thought – it doesn’t even make the Tripadvsor list of top things to do in Borth.  Sad that it cannot get an entry on a list which includes the RNLI lifeboat depot and the railway station waiting room.

Things have to be very special to get into my top ten life/travel experiences and this one immediately elbowed  its way in because I considered it a privilege to be able to walk in this ancient primeval forest which is estimated to extend twenty miles out into Cardigan Bay and which some naturalists speculate that it covered an area of land from Anglesea to Cornwall.  What a true sense of history an experience such as this provides.

Actually, my top ten now has about a hundred entries and is bulging at the seams.

Somewhere amongst the stumps archaeologists found a timber walkway made from short lengths of coppiced branches, held in place with upright posts.  It has been dated to between three and four thousand  years old, built as the local people found ways to cope with living in an increasingly waterlogged environment.  Two years ago human and animal footprints were found preserved in the hardened top layer of peat, along with scatterings of burnt stones from ancient hearths and at about the same time some beach walkers discovered a set of four thousand year old red deer antlers, four feet wide!

The skeletal trees, twisted roots and black stumps are said to have given rise to the local legend of a lost kingdom, Cantre’r Gwaelod, drowned beneath the waves.  The Welsh Atlantis.  Also known as the Lowland Hundred, the kingdom was first mentioned in the Black Book of Carmarthen, the earliest surviving manuscript written entirely in Welsh from around the year 1250. In folk-law the kingdom was believed to have been flooded when a forgetful or distracted maiden named Mererid allowed a well in her care to overflow but we know now of course that it was as a result of the end of the last great Ice Age when sea levels rose and consumed the land.

It may have been exposed because of changes to the sea defences.  When I came on holiday to Borth fifty years ago there were timber groynes extending out to sea but due to the cost of maintenance these have long since been abandoned and allowed to rot away into the sea.  With no defence against the power of the waves the 2010 storms did extensive damage all along this coast.

“In time, the protection afforded to Borth by the shingle bank will disappear, leading to a general collapse of the bank itself, resulting in major economic losses to residential properties, businesses and the tourist industry, as well as the disruption to, if not the loss of the village and transport infrastructure as it currently exists, and as a result, the local community.” – Ceredigion County Council

As a consequence new replacement stone defences have been installed at a cost of seven million pounds and a local archaeologist, sensing our interest, told us that they were now waiting to see if the forest will soon disappear again for another four thousand years.

It was our final evening in Borth, I prepared evening meal (chicken cooked in red wine and vegetables with Pembrokeshire potatoes) and then I made a last visit to the seafront where I was rewarded with a second magnificent sunset.  So magnificent that I began to question why I insist in travelling to the Greek Islands to see something that is equally as good here in Wales.

It was the day of the EU referendum in the United Kingdom so after a final visit to the camp club house and half an hour of average cabaret I returned to the caravan to watch the television.

I didn’t expect to stay up for very long but soon it became clear that there was going to be an unexpected leave vote so I stayed up into the small hours to watch the drama unfold.  Earlier today on the beach I had experienced ancient history and tonight I was watching modern history being made and I was a part of the moment.

It was a difficult evening.  I was a staunch Remainer (still am, I can’t believe we did it) and my travelling companion was (and still is) a loud and bombastic Leaver who doesn’t like having his opinions challenged so it made for a rather difficult evening.

The following morning we planned to leave early but we were so absorbed by the result of the referendum vote we stayed longer than planned and then as we left it started to rain so with only a brief stop for breakfast at Aberystwyth we drove straight home to Grimsby without stopping and without discussing the referendum.

I had enjoyed my week, before we arrived I didn’t expect to I have to say but it was good fun to go back to a place of childhood holidays and I have to confess that my pal, Dai was absolutely right when he predicted that after this I would be a fan forever of caravan holidays. 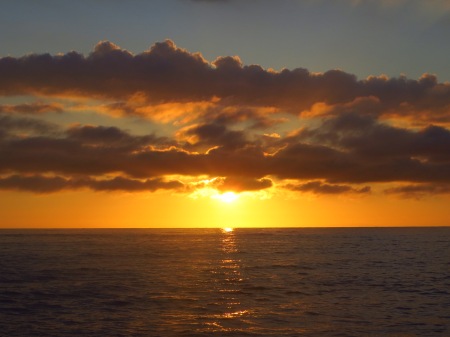 41 responses to “Wales – The Submerged Forest of Prehistoric Borth”