Doors and Windows of Hallstatt, Austria 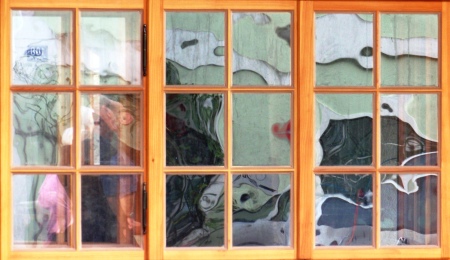 Suddenly the lights fell from the heavens and opened and closed like theatre curtains, disappearing in one place in the sky and returning to another and we cheered and whooped like children as we were treated to one of nature’s great displays.

The sky was vibrant and alive producing a spectacular heavenly dance show – a twirling tarantella, a frantic flamenco, a crazy can-can and more twists than Chubby Checker!

A mysterious, multicoloured magic show in which the night sky was suddenly illuminated with a wondrous glow, the luminous green of a highlighter pen that swayed and swirled like a heavenly lava lamp and then created a pattern that looked like Darcey Bussell pirouetting across the stage .

“But soft, what light through yonder window breaks?
It is the east and Juliet is the sun!
Arise, fair sun, and kill the envious moon,
Who is already sick and pale with grief
That thou her maid art far more fair than she.”

Visiting the Italian city of Verona considered it essential that we find and see Juliet’s house in a cobbled courtyard tucked away in a side street.

Supposedly the location of the famous balcony scene from Shakespeare’s love story, Juliet’s house is a popular romantic shrine and tourist honey-trap where lovers leave messages to each other on the walls and attach the dreadful love-locks to the fences and the railings.  This is a problem of course so there are attendants on duty to make sure visitors only do this in one specially designated spot because if there wasn’t some control the courtyard would be quickly covered in untidy graffiti and more ironmongery than an average Home Depot store!

Although the courtyard has become a major destination for tourist pilgrimage the house of course has no connection at all with the bard’s fictional characters and although it is old and looks authentic enough, the balcony was actually added in 1936 and declared to be “Juliet’s house” by the city authorities in a blatant attempt to cash in on the Shakespeare connection and to attract more tourists.

The balcony overlooks a tiny courtyard containing a dainty bronze statue of a graceful Juliet and people were waiting impatiently for their turn to be photographed with the heroine and to touch her right breast which is supposed to bring good fortune but I was worried that public groping was ever so slightly inappropriate so I steered clear, chose to do without the good luck boost and on the way out decided not to waste my money on a lottery ticket next weekend.

“Ever a shadow, he disappears, all but utterly, from 1585 to 1592….There is not a more tempting void in literary history, nor more eager hands to fill it”  –  Bill Bryson on Shakespeare.

It is an interesting fact that thirteen of the thirty-seven plays of William Shakespeare were set either completely or partly in Italy and if we rule out the ten English history plays (which naturally have to be set in England) then half of the remainder of the major works are set in the Italian states and no one knows for sure just why.

I have been giving some thought to perhaps tackling the Camino myself one day and have been looking at the various different routes.  I have to say that I may have a preference for the one that starts in Plymouth in the UK because that would seem to include rather a nice cruise on a P&O ferry across the Bay of Biscay and an evening in the duty free bar followed by a just short stroll from A Coruña to Santiago de Compostela.

Outside the vegetable stalls offered appetizing produce that was so fresh it still had one foot in the countryside and was all arranged in spectacular displays with an elaborate attention to detail.

Lined on each side with caramel coloured houses with terracotta tiled roofs, the Calle de Valencia followed the line of the old medieval town wall and half way to the castle we passed through the Puerto del Porto Mayor which was once the main gateway into the narrow streets of the old town and from here there was a final twisting climb to the Plaza del Castillo and the Parador Hotel. 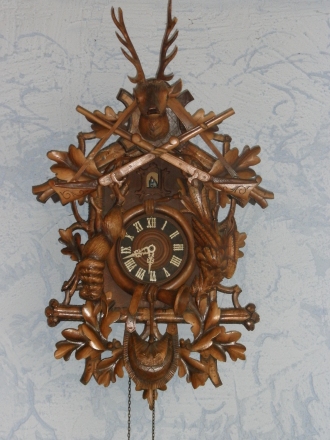 On a visit to the Black Forest in Germany we stayed at a nice hotel in the town of Offenberg.  One evening when going to the restaurant we were disturbed to find a bus tour from the Netherlands had pitched up and they were all in the dining room right now.

Because they were so busy the service was slow which meant that we drank more wine than is advisable and to pass the time I started to poke around the bric-a-brac and the ornaments and then foolishly started to fiddle with an impressive large cuckoo clock hanging on the wall behind the table.

Immediately I wished I hadn’t touched those cone things that drive the mechanism because it unexpectedly whirred into life and out popped the cuckoo, which had been dormant for a thousand years which unfortunately turned out to be a rather loud cuckoo.

And then as the chain headed non stop towards the floor it popped out several more times, each time announcing itself with its little song that just seemed to get louder and louder each time – the doors were banging, the chains were rattling, the bird was going berserk and I wondered if I might eventually have to throttle it to shut it up.

This impromptu and unscheduled entertainment seemed to amuse the people on the bus tour who were giggling and laughing and I just wanted the thing to get back in its box .  There was no such luck (some people thought it was a fire alarm and made for the exit) and the clock went through twenty-four movements in under two minutes and believe me that is an awful lot of cuckoos.

Then just as I was giving up all hope the thing  thankfully finally exhausted itself and it stopped and with me red faced with embarrassment we slipped out of the restaurant and went back to our room before I could get up to any more mischief.

Jacques Majorelle was an avid plant collector but after he died in 1962 the house was left empty and the garden abandoned for nearly twenty years.   After a long period of neglect it was then taken over and restored by the fashion designer Yves Saint Laurent. 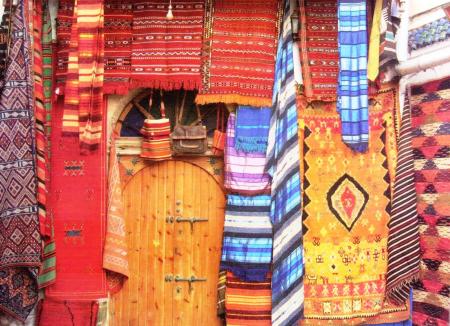 Have Bag, Will Travel
Blog at WordPress.com.
Loading Comments...